Home News Venice and its Lagoon; Intervention by Europa Nostra’s Secretary General at the 44th extended session of the World Heritage Committee

Venice and its Lagoon; Intervention by Europa Nostra’s Secretary General at the 44th extended session of the World Heritage Committee 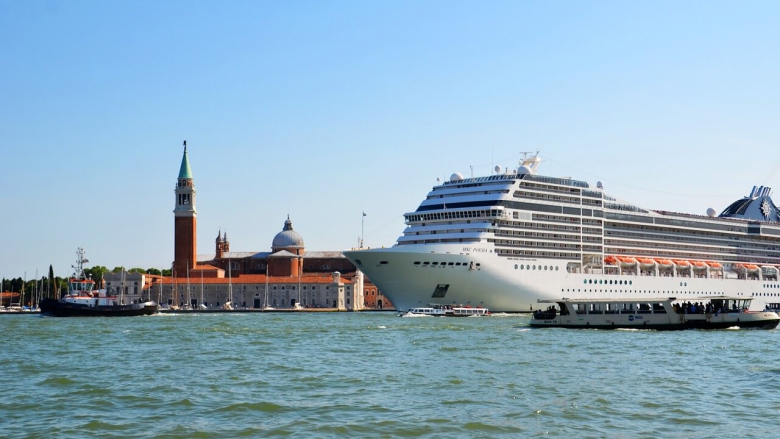 On behalf of our large movement of heritage NGOs across Europe including Italy, Europa Nostra would like to remind the World Heritage Committee that in 2016 already we declared Venice and its Lagoon THE most endangered heritage site in Europe.

This is why today, we would like to commend the renewed commitment of UNESCO and this Committee to urging Italy and all relevant stakeholders to step up their efforts in providing effective responses to so many serious threats to Venice and its Lagoon.

We especially applaud the long-awaited decision by the Italian government to stop the passage of big cruise ships through the Bacino di San Marco and down the Giudecca Canal. This is surely a first step in the right direction. But we await further action that will lead to the big cruise ships leaving the lagoon altogether. There is ample evidence that protecting the fragile ecosystem of the Lagoon, which is also vital to the preservation of the historic city of Venice, is simply not compatible with the continued passage of the cruise ships, indeed any big ships, through the lagoon. The mooring of the big cruise ships in Porto Marghera must truly be a temporary and not a permanent alternative solution since it may equally harm the ecosystem due to the further digging of the canals in the lagoon which this solution will entail.

More generally, we plead yet again for the preservation of the integrity and authenticity of Venice and its lagoon, and for the adoption and the implementation of a HOLISTIC long-term plan for their “renaissance”, with the due support of UNESCO and the European Union. This plan must be based on the full implementation of all SDGs, on resolute climate action that puts culture and cultural heritage at its heart, and on due involvement of citizens and local communities.

We are convinced that Venice can cease to be the infamous case of a world heritage site in danger and become instead a “success story”. For this reason, Europa Nostra is holding its next European Cultural Heritage Summit in Venice from 22 to 24 September. On this occasion, we shall bring together key civil society voices, both local, national and European, to ring the alarm bell and make further proposals for a better and more sustainable future for Venice and its Lagoon, in the spirit of the recommendations adopted today by the World Heritage Committee.

We all know that if we really want to save Venice and its Lagoon, we are running out of time, especially due to climate change.

TIME for JOINT ACTION is NOW.

Find the statement in PDF here.