On occasion of the 60th anniversary of the Treaty of Rome on 25 March, EU leaders adopted the ‘Rome Declaration’ for the future of Europe in which they commit to work towards “a Union which preserves our cultural heritage and promotes cultural diversity.”

Sneška Quaedvlieg-Mihailović, Secretary General of Europa Nostra, had the pleasure of meeting Tajani in Rome on that occasion. 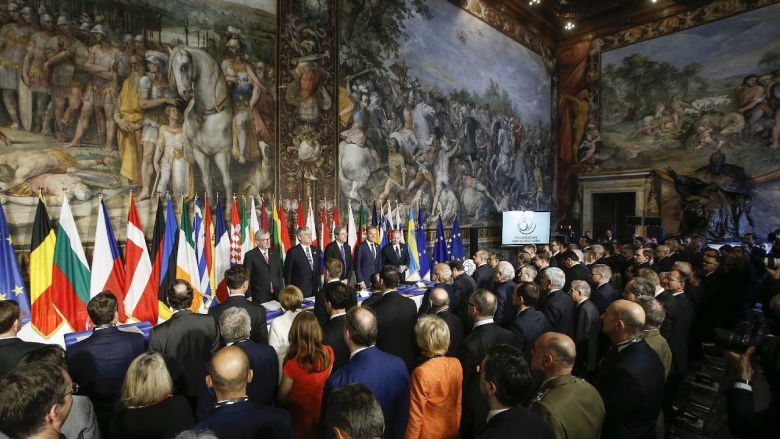 Tajani and other European leaders signed the Rome Declaration, marking the 60th anniversary of the Treaty of Rome in the Capitole’s room of the Horaces and the Curiaces

What was your personal impression of this historic day?

On 25 March, more than ever, I realized how important the European unity is, and what we could achieve thanks to it. The celebration was more than just a formal event to mark what have been the best 60 years in the history of a free Europe. It was also a grave, solemn moment, because it was obvious to everyone that the EU would need to be changed. And that it would be our responsibility to make sure that it is strengthened, and not weakened. All the institutions need to work harder to find the answers that Europeans are looking to us to provide. The only response to populism is to demonstrate by means of practical achievements that we are working together for a Europe that produces results.

Your home country Italy now plays a leading role internationally in building momentum for heritage: the Italian G7 Presidency initiated the first ever G7 Ministerial meeting on Culture in Florence at the end of March. How can civil society and the European Parliament work together to sustain this momentum?

I hope that this initiative will raise awareness of European history and strengthen a sense of European identity. I also hope that it will draw attention to the fragility of our cultural heritage, which is often threatened by environmental pressure, illicit trafficking of cultural objects, or mere neglecting.

Thanks to the efforts of your colleagues from the EP Culture Committee, the budget for implementing the Year at European level has been increased compared to the initial proposal.

Much depends now on EU Member States to promote the Year and provide for additional funds at national level. How can we ensure that the Year receives adequate funding to match its high ambition and high expectations? What role could be played by the EP to enhance the political significance of the Year, both from the European dimension and the global perspective?

As you already mentioned, the European Parliament played an important role in ensuring a proper budget for implementing the European Year of Cultural Heritage. With the support of the EP Culture Committee, the Parliament is committed to stress the political significance of cultural heritage, including in EU external relations such as conflict prevention, post-conflict reconciliation and rebuilding destroyed cultural heritage.

Cultural heritage has a significant and substantial positive impact not only on our economies but also on society, culture and the environment – as demonstrated in the report ‘Cultural Heritage Counts for Europe’. Given your vast experience, among others as former EU Commissioner for Industry and Entrepreneurship, what is your view on how this should be reflected in future EU policy priorities and more importantly in future EU funding programmes?

While it is not easy to quantify the power of our cultural heritage to improve the quality of our lives, we know, in our hearts and minds, that policies and investments are necessary to sustain our heritage. Culture is also an important drive for growth and jobs. Just think how many tourists come in Europe to visit our incomparable cultural heritage. Many heritage treasures like the Basilica of San Benedetto in Norcia were destroyed or damaged by severe earthquakes in your home country Italy. 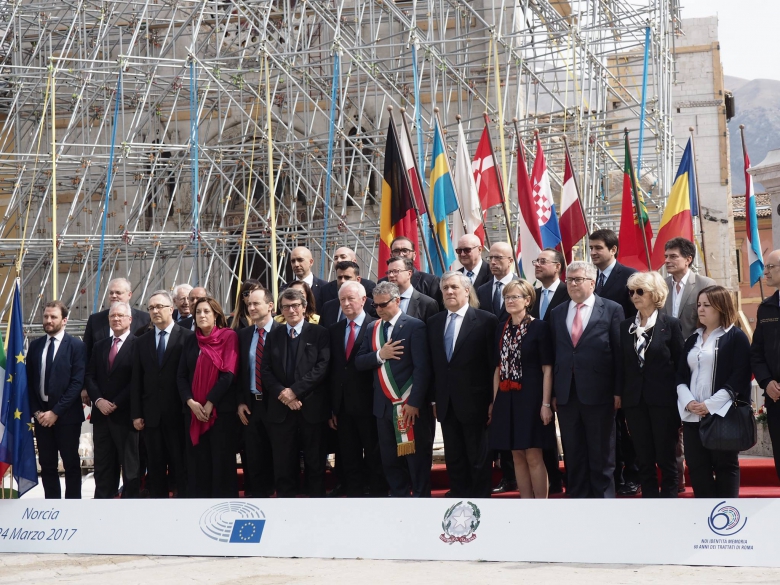 European parliament leaders during a meeting in Norcia, Italy, next to the San Benedetto Basilica which was heavily damaged in an earthquake. Benedetto is the patron saint of Europe. The EU will fund the restoration of the Basilica.

Europa Nostra welcomes that the EU confirmed its financial support for the reconstruction process of the San Benedetto Basilica in Norcia. Yet, through our ‘7 Most Endangered’ programme Europa Nostra receives many calls for support to endangered heritage sites, often due to simple lack of funding, but also due to unsuitable and unsustainable development. Could we make use of the European Year of Cultural Heritage to set up a ‘European Heritage Fund’ to save endangered heritage sites in Europe?

In the framework of the 60th anniversary of the Treaty of Rome, the Conference of Presidents, accompanied by Members of the Bureau of the European Parliament, visited, upon my proposal, the destroyed Basilica of San Benedetto. I personally support any initiative to raise awareness on endangered heritage sites in Europe. 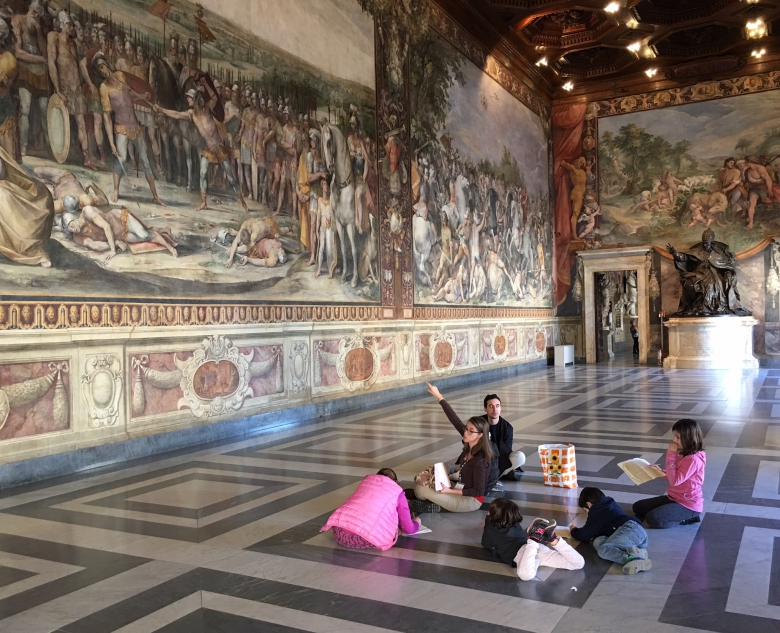 To end, which heritage site in Europe do you consider as a true embodiment of the European spirit?

The Capitole’s room of the Horaces and the Curiaces, where the signature of the Rome’s treaties by the governments of six Member States took place 60 years ago.