Home News Minister Bonnici: Cultural heritage is one common language which all countries can understand

This year, Malta has been holding the EU Presidency for the first time since its accession to the EU. Your Presidency coincided with the Rome Summit which has marked the 60th anniversary of the signature of the Treaty of Rome. Europa Nostra has strongly advocated the need to include due reference to our shared cultural heritage in the Rome Declaration and was very pleased to see this reference included in the final text of this important Declaration. The Maltese Presidency has certainly played a key role in recognising the cultural dimension of the entire European project?

The European Project is indeed a great example of how uniting and working together achieves greater and more fruitful results. The world is currently being faced with many new challenges which have called upon the need to recognise the importance of culture to improve relations between people, building mutual understanding and partnerships, fostering openness and building tolerant and peaceful societies. The Maltese Presidency has recognised how instrumental culture is not only because it is one of the country’s strongest resources but also because we believe that it is a key element of the European project. During its term, the Maltese Presidency has been working on a number of important files which further give culture the important role which it deserves. Indeed, the Maltese Presidency has been instrumental in reaching a provisional agreement on the proposal for a European Year on Cultural Heritage happening during 2018 – a file which it also endeavours to bring to a close. The Maltese Presidency also worked on taking the Joint Communication titled ‘Towards an EU strategy for international Cultural relations’ forward by means of Council conclusions which will provide the needed framework for the next steps in the field of cultural diplomacy in full cognisance of EU and Member States’ spheres of competences. 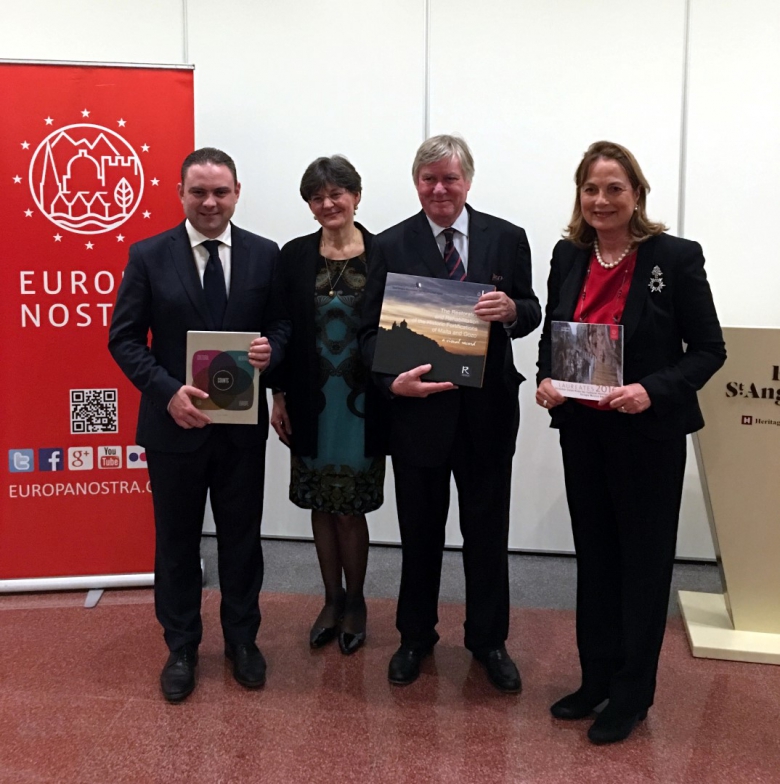 You have always shown a great interest in culture and the environment and you feel strongly connected to Europe. What are your expectations for the European Year of Cultural Heritage – on which the final decision has been taken by the Council and the EP during the Maltese Presidency of the EU – as well as for the celebration of Valetta as European Capital of Culture 2018? How are the Maltese government and the City of Valletta preparing for these great challenges?

Following the approval of Malta’s application for Valletta to be Europe’s Capital of Culture in 2018, the Maltese government has set up and is effectively implementing a strong and varied programme of activities in order to attract and actively involve all possible audiences. More importantly, since this is not being considered as a one-off event, a number of specific projects, such as a new community art museum(MUZA) managed by Heritage Malta, have also been taken in hand in order to improve the local cultural infrastructure, which is then to be left as inheritance for generations to come. The same can be said for the European Year of CulturalHeritage.

The Maltese Presidency has given a strong emphasis to the value of cultural diplomacy and has given an example by promoting and signing a “5+5”agreement to promote cultural cooperation between the countries of the North and South shores of the Mediterranean. How can we use our shared cultural heritage to promote intercultural dialogue and rebuild trust and mutual respect in the Mediterranean Region?

Rather than a barrier, the Mediterranean has often been a very effective means of communication throughout the centuries. This has resulted in countries in the Mediterranean basin having a lot of common traditions and history, apart from a long story of social, political, commercial and cultural exchanges. Although languages may differ, therefore, cultural heritage is effectively one common language which all countries can easily understand. Moreover, it is a language on which all countries agree. It would therefore be very shortsighted not to use such common denominator as a vehicle by means of which to bridge other aspects which may be perhaps more problematic. 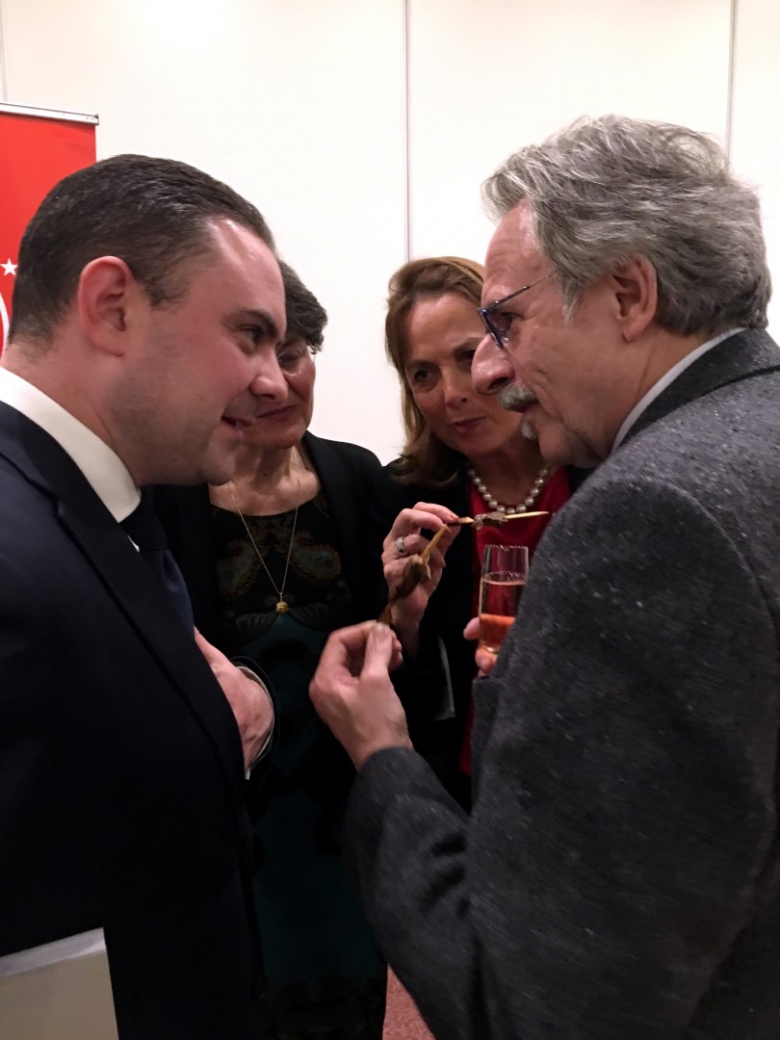 Since its accession to the EU, back in 2004, Malta has made ample use of EU structural funds for large-scale projects with regard to heritage restoration and revitalisation. Could you tell us about some of them and what these projects have meant for the Maltese and Gozitan communities?

I think I can safely say that this has been a veritable success story for Malta. Successive administrations have invested considerably in this sector and ensured that such funds are utilised to the full and with maximum effect. Just to mention a few: the restoration of major stretches of the fortifications, Fort St Angelo, Fort St Elmo, Tarxien Temples, Ggantija Temples, St Paul’s Catacombs, the Hypogeum, and others. This has resulted, among other, in better quality of life for residents, employment, increased services and facilities for the local communities, and increased economic opportunities in general through increased visitor numbers and all the associated spill-over effects, apart from the pride of Maltese citizens in seeing such important cultural sites receiving the much desired attention. However this is not enough, and more projects are being currently implemented in the 2014-2020 funding programmes.

There has been quite some controversy about some development projects (and especially skyscraper projects) due to their negative (visual) impact on priceless cultural heritage sites in Malta, including the World Heritage City of Valletta. Also, Malta’s traditional vernacular architecture and rural landscapes are very much threatened by over-development caused by mass tourism and real-estate business. What are your concrete plans to tackle this situation?

The trick in such instances, such as in so many others, is finding the right balance. While we cannot live in a time capsule which would render us insignificant, we have to ensure that any actions implemented safeguard all our cultural assets.I believe that the recently introduced legislation regarding the Planning Authority, the Environment and Resources Authority, the Lands Authority, and the current revision of the Cultural Heritage Act will put our minds at rest on this front.

Europa Nostra strongly believes that our cultural heritage is very rarely one-dimensional but is instead the result of many cultural influences and interactions over time. Which heritage sites do you feel is the most representative of such cultural and historical layering in Malta?

Nothing exists in isolation. There are a number of sites in Malta which can fit this description perfectly well, such as Mdina or the Citadel in Gozo. In actual fact, however, Malta in itself and in its entirety is a prime example of this multilayering and heterogeneous cross-influence across time. All successive waves of occupants and visitors have left their own particular influences in all sectors of life, architectural, language, cuisine, traditions, literary etcetera. Over time these have moulded together into what today can be defined as ‘Maltese’; however this is also constantly always changing, through other contacts and influences, in a constant state of flux.

The Maltese and the whole world are still in mourning following the recent collapse of the Azure Window on Gozo. What message can we learn from such a sad loss of an iconic natural or cultural heritage site?

The collapse of the Azure Window was a natural phenomenon about which effectively not much could have been done to control an irreversible natural process. In any case, however, we have to keep firmly in mind that heritage sites, be they natural or cultural, can never be taken for granted, and that we all carry a huge responsibility to forward to our children what our forefathers have in turn forwarded to us. It is our obligation to do so for many reasons – cultural, historic, social and also economic. We are so much poorer and meaningless without our heritage.

Which heritage location in Malta is especially important to you personally?

Considering the very high concentration of cultural heritage in Malta, I am quite spoilt for choice. If I really had to choose one, however, I would say the recently restored Fort St Angelo. Its place at the very centre of Malta’s Grand Harbour and of Malta’s history, with all its significance to the people of Malta, makes it difficult to beat. 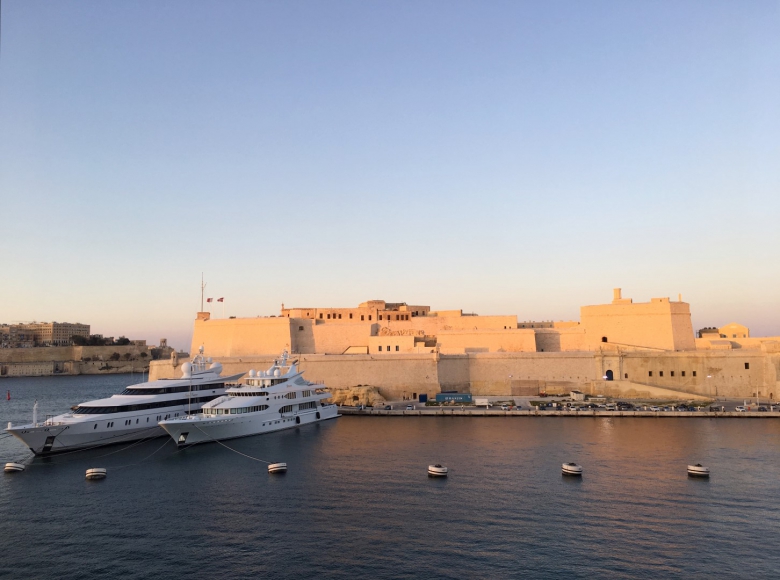 And finally, can you also give us an example of heritage outside of Malta that has a special place in your heart?

This is a rather difficult question. Having to choose, however, I would say Rome’s Coliseum. Its imposing architectural magnificence, created to host impressive dramas for human consumption, has left an indelible mark on me