Europa Nostra’s Council member Claus-Peter Echter presented the outcomes of the ‘Cultural Heritage Counts for Europe’ (CHCFE) project at the ICOMOS coordination meeting on the United Nations Sustainable Development Goals (SDGs) held in Istanbul, Turkey, from 4-5 February 2017, with the aim of advancing the cause of “heritage as a driver of sustainability”. Organised by the ICOMOS Focal Point for Sustainable Development Goals, the conference brought together ICOMOS International Scientific Committees and National Committees as well as representatives of key partners such as Europa Nostra so as to exchange ideas and coordinate activities. 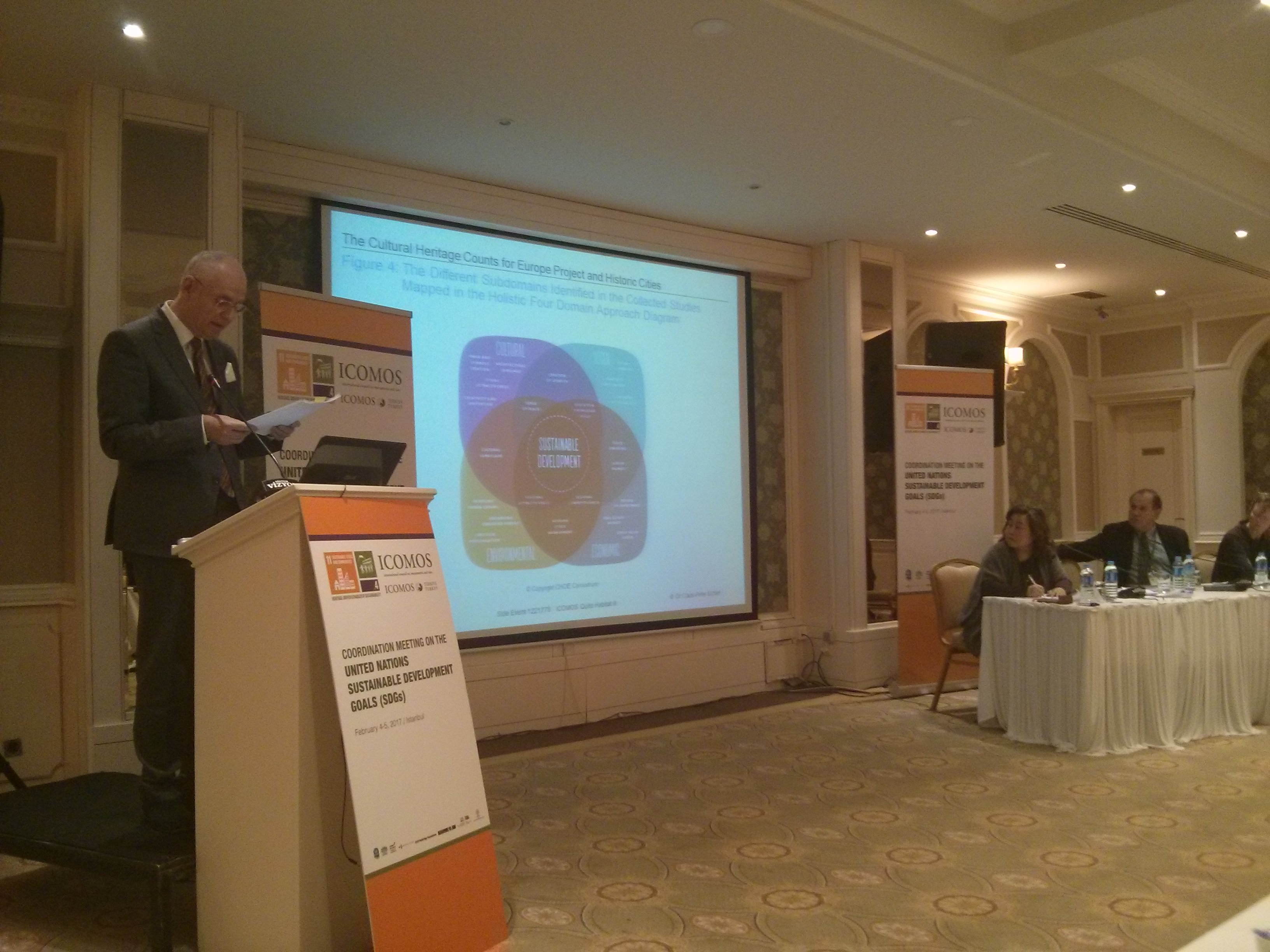 On 4 February, Claus-Peter Echter, also in his capacity as Secretary General of ICOMOS International Committee on Historic Towns and Villages, outlined the key findings of the CHCFE project, demonstrating the positive impact of cultural heritage on the economy, society, culture and the environment and, thus, constituting a catalyst for sustainable development in Europe. Underpinning the policy direction of the European Union, the ‘Cultural Heritage Counts for Europe’ Report and Executive Summary demonstrate the potential of cultural heritage as a strategic resource for creating a more sustainable and a more prosperous Europe. In particular, Claus-Peter Echter highlighted that special focus and recognition should be given to the positive contribution of heritage to regional and local sustainable development – as a strategic resource for smart, sustainable and inclusive growth and a basis for fostering inclusive, innovative and reflective societies. Thanks to this important contribution to the coordination meeting, the key findings of the CHCFE project continue to be widely disseminated.

Since the adoption of the United Nations 2030 Agenda for Sustainable Development in September 2015, which outlines 17 Goals, and of the New Urban Agenda at Habitat III in October 2016, a major mission for all public bodies and heritage organisations is to implement these international agendas from the perspective of cultural and natural heritage. ICOMOS, a key partner of Europa Nostra and member of the European Heritage Alliance 3.3, has been focusing its advocacy efforts in particular on Goal 11 to “make cities and human settlements inclusive, safe, resilient and sustainable” where Target 11.4 (the ‘Heritage Target’) to “protect and safeguard the world’s cultural and natural heritage” reflects ICOMOS involvement with the SDGS. Through major scientific events and policy documents, ICOMOS has been highlighting the vital role of cultural heritage within the sustainable development process.

The meeting was concluded on 5 February 2017 when next steps and priority areas were defined for developing an action plan.