For his last Board meeting in his capacity of Executive President of Europa Nostra, Denis de Kergorlay invited the members of the Board and the Vice-Presidents of Europa Nostra to meet in his historic home of Château de Canisy in Normandy (France) on 5-6 May 2018.

Fruitful discussions took place on various issues including the Europa Nostra’s Network project “Sharing Heritage-Sharing Values”, the European Year of Cultural Heritage 2018, the preparations of the European Cultural Heritage Summit 2018 in Berlin and the latest policy developments. The Board members also prepared the Council meeting which took place in Paris on 7-8 May including the special session dedicated to the outgoing and incoming leadership of Europa Nostra. 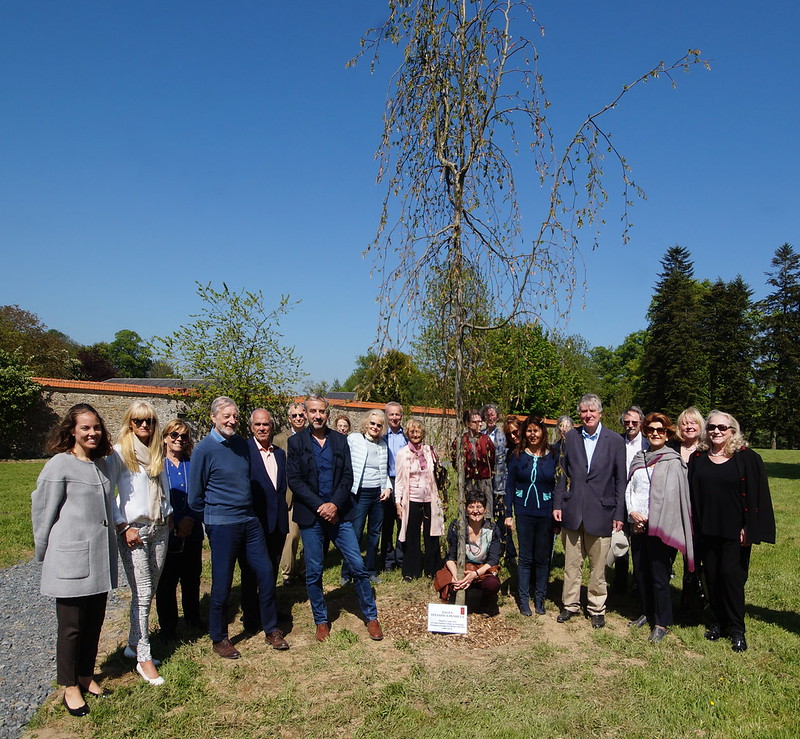 To thank them for their outstanding leadership at the head of the organisation, the Board gave to Denis de Kergorlay a tree – weeping beech – which was planted in the park of the Canisy Castle on 5 May and to John Sell an antique map of Europe which was given to him during the festive dinner which took place on the same evening. Hermann Parzinger (Germany), candidate for the position of Executive President, Guy Clausse (Luxembourg), candidate for the position of Executive Vice-President, as well as all Board members and Vice-Presidents of Europa Nostra warmly thanked Denis and John for their commitment and inspiring and effective leadership during the past 9 years.

The Board also decided to give the Medal of Honour of Europa Nostra to Denis de Kergorlay, John Sell and Vice-President Alexander Fürst zu Sayn-Wittgenstein-Sayn (Germany). The Medals will be officially presented by Maestro Placido Domingo, President of Europa Nostra, during the European Heritage Awards Ceremony 2018 which will take place in Berlin on 22 June.

The weekend ended with the recording of acapella version of the European Anthem by the Board of Europa Nostra as a special contribution to the #Ode2Joy Challenge.