All over the world this year, in institutes with academic, literary and Italian connections, Dr Giorgio Bassani has been honoured and commemorated this being the 100th anniversary since his birth. He will be remembered for his important literary works “The Garden of the Fintzi Contini” and “L’Airone”, for having discovered and published “Il Gattopardo” in 1958 while editor of the young publishing house “La Feltrinelli” after it had been refused by both Mondadori and Einaudi. However, it was as a heritage activist and environmentalist that he will most be remembered as President of Italia Nostra for fifteen years between 1965 and 1980 and for his outspoken defence of Italy’s vast and varied cultural legacy and his didactic legacy through Italia Nostra. 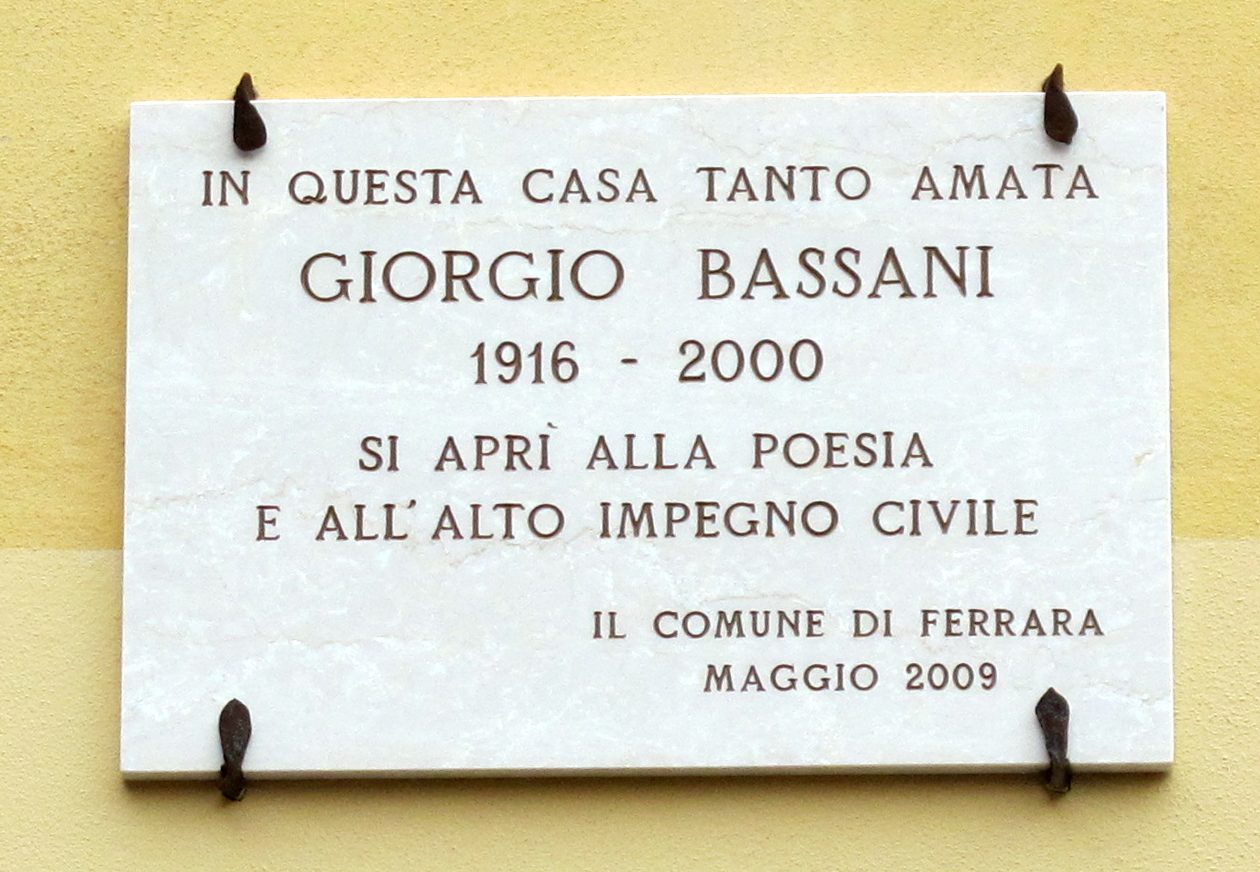 On 13 October 2016, the Italian Cultural Institute in Malta together with Europa Nostra Member Din l-Art Helwa held an evening to honour Italia Nostra past President, author and international intellectual Giorgio Bassani during this anniversary. Present to take the public through the course of events between 1955 and 1965, which saw also the birth of Europa Nostra, were Dottoressa Paola Bassani, the author’s daughter, Simone Mizzi, Board Member of Europa Nostra and Din l-Art Helwa immediate past President, and Dottorssa Maria lo Jacono, Vice-President of Italia Nostra.

Simone Mizzi traced the friendship of Giorgio Bassani with her father, Judge Maurice Caruana Curran, who had founded Din l-Art Helwa in 1965 and who worked with Bassani during Europa Nostra’s many council meetings in Europa Nostra’s early days. Din l-Art Helwa became the 12th member organisation of Europa Nostra in 1967. The two gentlemen had much in common: academics, poets, sportsmen, but especially holders of pride in their respective countries and of great love for the immense cultural patrimony present in both, but also of the spirit to defend the right to freedom of thought and that of individuals to protect their cultural roots. Judge Maurice Caruana Curran had been awarded the Europa Nostra Silver Medal for dedication to cultural heritage in 2004.

Europa Nostra held its annual conferences in Malta in July 1970 and in 2006. Giorgio Bassani visited Malta for the 1970 conference, the theme of which for that year was ‘Tourism and its Impact on Heritage’, a subject which is still as much an issue today as it was then. Simone Mizzi had had the honour of knowing Dr Bassani at that time. Giorgio Bassani had been one of the early founders of the initiative ‘Venice in Peril’, and Simone Mizzi reminded the public that the city of Venice, was still today, one of the most endangered monuments of the world as recently attested during Europa Nostra’s programme The 7 Most Endangered.

During her visit, Dottoressa Bassani visited Our Lady of Victory Church in Valletta, to see the ongoing restoration of this first church of Valletta by Din l-Art Helwa, spearheaded personally by Simone Mizzi, while Dottoressa Lo Jacono gave an account of the teaching traditions founded by Giorgio Bassani at Italia Nostra. His legacy lives on at Italia Nostra and so do many manuals to ensure that leaders in education and teachers are the first to be taught the importance of heritage, even before it is taught to children.