On 11 May 2019, an estimated 450 people gathered at the Blaafarveværket to honour and celebrate the success of the Director and Founder of the museum, Mrs. Tone Sinding Steinsvik. This local award ceremony was organised in celebration of Mrs. Steinsvik having been awarded the Grand Prix of the European Heritage Awards / Europa Nostra Awards in the category Dedicated Service. On 22 June 2018, Mrs. Steinsvik received the award, Europe’s highest honour in the field, from Maestro Plácido Domingo, President of Europa Nostra and Tibor Navracsics, European Commissioner for Education, Culture, Youth and Sport at the European Heritage Awards Ceremony in Berlin.

Mrs. Steinsvik, together with her late husband, Mr. Kjell Rasmus Steinsvik, has dedicated her life to the revitalisation of the cobalt mines. Since 1968, they committed themselves to the restoration and revitalisation of the landscape, including the industrial complex of cobalt mines, the workers’ quarters, the manor house and other facilities. They successfully transformed it into the most visited open-air museum in Norway, welcoming more than 170,000 visitors every year, despite the doubts expressed by critics of their enterprise. As well as the museumification of the existing heritage there, Blaafarveværket has also hosted important modern art exhibitions every year – a much anticipated highlight of Norway’s cultural calendar. 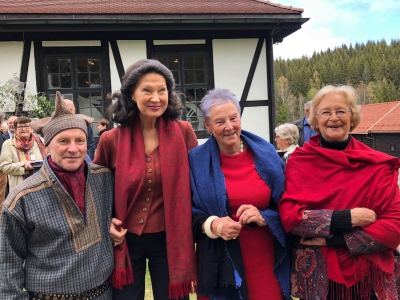 The ceremony took place in conjunction with the opening of the summer season at Blaafarveværket and those attending the Ceremony could enjoy the newly opened art exhibitions, local songs and music in a friendly and warm atmosphere. Irina Subotić, Vice-President of Europa Nostra, acted as the organisation’s representative and spoke of her admiration for the work of Mrs. Steinsvik.

“This extraordinary job can be explained only as the result of Mrs. Steinsvik’s unbelievable energy, will, knowledge and above all – her love. Her love for nature, tradition, work, values – love for her country and its heritage, for useful aims and a plethora of activities. Above all – love for people, for every person and every visitor – of some 170,000 visitors per year – Norwegian and international visitors alike”, Prof. Subotić stated. 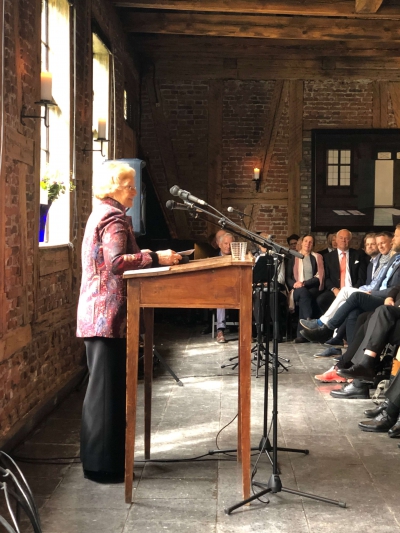 The large audience came from both the local community and further afield, with many having come especially to celebrate this special distinction with Mrs. Steinsvik. The celebrations were attended by several notable representatives including Morten Wold, Vice-President of the Stortinget (Norway’s parliament); Roger Ryberg, the County Mayor; Erik Schultz, President of Europa Nostra Norway; Marianne Ytterdal, Member of Europa Nostra’s Council and Member of the Heritage Awards Jury in the category Dedicated Service, along with members of several Norwegian heritage associations and organisations. The curator Sandra Lorentzen and artists Ande Somby, Aslaug Juliussen and Tone Indrebø were also in attendance.