Europa Nostra and its President Maestro Plácido Domingo are inviting citizens from the whole of Europe to participate in the #Ode2Joy Challenge on Europe Day which is celebrated annually on 9 May. Launched at the beginning of the European Year of Cultural Heritage 2018, this creative initiative celebrates our shared cultural heritage and values as a positive and cohesive force for Europe and its citizens.

Participants are encouraged to make their own Ode to Europe by sharing on social media their reinterpretations of Beethoven’s “Ode to Joy” recorded at a meaningful heritage site. Maestro Plácido Domingo has also shared his own contribution: he conducted a performance of the “Ode to Joy” sang by a powerful chorus of 40 rising opera stars recorded in the historic Opera Theatre of Sao Carlos in Lisbon, Portugal, during the rehearsals for the final gala evening of the 2018 Operalia’s World Opera Competition.

For the first edition of the challenge during the European Year of Cultural Heritage 2018, over 130 contributions to the #Ode2Joy Challenge have been shared online from over 25 countries across Europe and beyond. A wide variety of convinced Europeans have accepted the challenge: from many enthusiastic citizens, but also to renowned artists (such as Maltese Tenor Joseph Calleja or Portuguese Fado singer Katia Guerreiro), famous choral ensembles (such as the RTÉ Philharmonic Choir), schools (such as the Natolin Choir of the College of Europe), and European policy-makers (such as European Commissioner for Culture Tibor Navracsics).

The participation of several European networks (e.g. ERIH , E-FAITH or the European Historic Houses Association) gave a particularly symbolic European dimension to the challenge, which also reached countries outside of the European Union and other continents through the large network of European delegations.

For its second edition in 2019, no less than 60 creative reinterpretations of Beethoven’s “Ode to Joy” have been recorded at heritage sites and promoted on social media from some 21 participating countries: going from Spain, France, Germany, Poland, Latvia, Ukraine, down to Romania, Serbia, Italy, Cyprus or Malta, and also stretching outside our continent to the United States, Ethiopia and Peru! Held just two weeks before the European elections and on the day when EU leaders discussed the Future of Europe at the European Council in Sibiu, this was a stark reminder of Europe’s “Unity in Diversity”.

The challenge will continue again in 2020 to celebrate the 250th anniversary of Beethoven – stay tuned!

All contributions to the #Ode2Joy Challenge can be viewed via the dedicated YouTube playlist.

You can download promotional guidelines and social media material here. 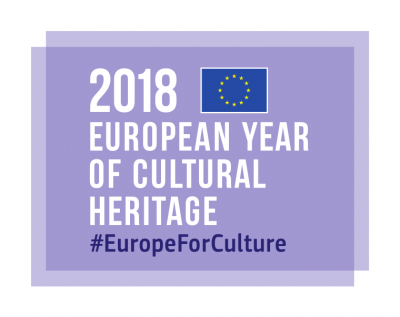