Oksana Lyniv, the renowned conductor from Ukraine, has been honoured with the Helena Vaz da Silva European Award for Raising Public Awareness of Cultural Heritage 2022 in recognition of her exceptional art of communicating European culture and values through music to a wider public, in particular the younger generations. On behalf of Oksana Lyniv, her father, Yaroslav Lyniv, received the Award at a ceremony held on 24 November 2022 at the Gulbenkian Foundation in Lisbon. On the occasion of the 10th anniversary of the Award, a Special Recognition of the Jury was granted to Dijana Milošević, theatre director from Serbia. Piet Jaspaert, Vice-President of Europa Nostra, and Irina Subotić, President of Europa Nostra Serbia, who are also Members of the Jury of the Award, addressed the audience.

In her acceptance video message, @LynivOksana states: “It is a big honour to be the winner of the #HelenaVazDaSilvaAward. It is a big pity that I am not able to be in the ceremony organised by Europa Nostra at @FCGulbenkian in Lisbon. A big thank you for supporting #Ukraine”. pic.twitter.com/lBfYIScglF

In her recorded acceptance speech which was broadcast during the ceremony, Oksana Lyniv stated: “It is a big honour to be the winner of the Helena Vaz da Silva European Award. It is a big pity that I am not able to be in the ceremony organised by Europa Nostra at the Gulbenkian Foundation in Lisbon. A big thank you for supporting Ukraine”. Lyniv, the General Music Director at Teatro Comunale di Bologna, who is also the founder and art director of the Youth Symphony Orchestra of Ukraine and the LivMozArt International Classical Music Festival, emphasised: “From the first days of war, Ukrainian culture became a target of Russian aggression. Culture is the real fundament of every State and needs to be protected. I will always do my best to fight for humanistic and democratic values through my art”.

The Jury of the Award highlighted: “We wish to pay tribute to the extraordinary combination of artistic excellence, precision and temperament of Oksana Lyniv’s conducting; the fascinating depth and width of her musical knowledge and understanding, as well as her profound approach to art, her meticulous study of works of Europe’s cultural heritage and her leading role in raising public awareness of Europe’s cultural values and diversity. Moreover, Oksana Lyniv is passionately committed to supporting young musicians and to promoting classical music in Ukraine and across Europe.”

The President of the Republic of Portugal, Marcelo Rebelo de Sousa, in a congratulatory message read during the ceremony, noted: “This is an Award for the excellence of the artistic and dissemination work of Oksana Lyniv, but also an Award for a cultural ambassador from Ukraine, who is so linked to Odessa and Lviv”.

On behalf of Oksana Lyniv, her father, Yaroslav Lyniv, received the Helena Vaz da Silva European Award 2022 from Maria Calado, President of the Centro Nacional de Cultura and President of the Jury of the Award, and Pedro Adão e Silva, Portuguese Minister of Culture.

The Helena Vaz da Silva European Award, which this year celebrates its 10th edition, was established by the Centro Nacional de Cultura (CNC) in cooperation with Europa Nostra and the Clube Português de Imprensa. It has the support of the Ministry of Culture of Portugal, the Gulbenkian Foundation and Tourism of Portugal.

On the occasion of the 10th anniversary of the Award, the Jury also granted a Special Recognition to Dijana Milošević, theatre director, writer, professor and artist from Serbia, who is the founder and director of the DAH Theatre – Research Centre for Culture and Social Changes in Belgrade, in recognition of her key role in defending Europe’s culture and values. 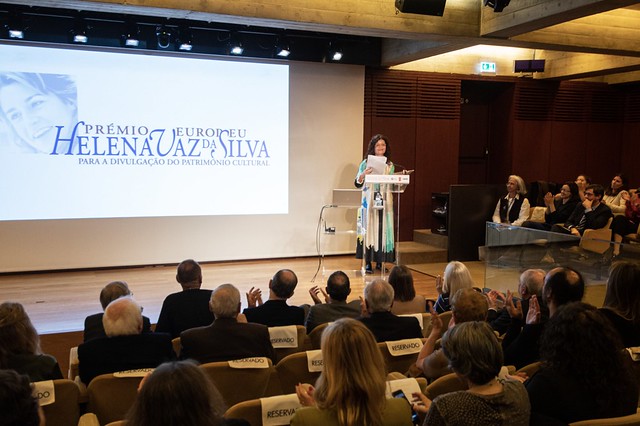 In her eloquent acceptance speech, Dijana Milošević stated: “Our common struggle to maintain European heritage and European values, despite all those forces in our societies that work against them, is actually a struggle for hope, and I am not referring to hope as something romantic. To cherish hope in dark times is subversive. Hope is a revolutionary act.”

On behalf of the Jury of the Award, Irina Subotić emphasised: “At the very basis of Dijana Milošević’s artistic and scholarly explorations has always been the importance of culture as a continuum, with an emphasis on the multicultural heritage that is at the foundation of our societies. Through many of her works, Dijana Milošević revived forgotten and untold stories that bring us together while celebrating our differences.”

In her address, Maria Calado, President of the Centro Nacional de Cultura and President of the Jury of the Award, evoked Helena Vaz da Silva (1939-2002), Portuguese journalist, writer, cultural activist and Member of the European Parliament, who promoted “culture as a driver of development, freedom, creation and citizenship”. 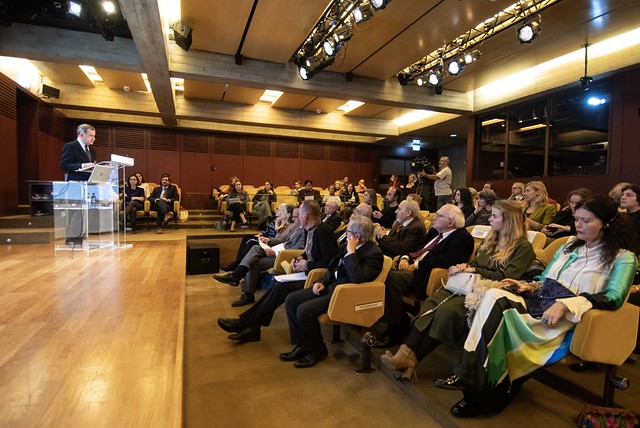 During the ceremony in Lisbon, the Portuguese winners of the European Heritage Awards / Europa Nostra Awards 2022 were also celebrated. 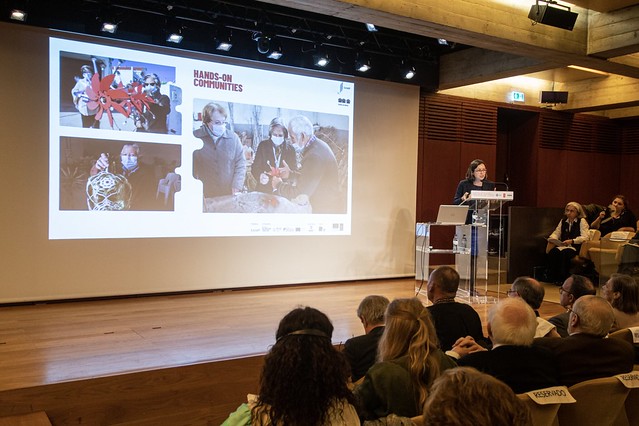 Gabriela Sales da Rocha, Museologist and Project Leader, presented Museum in the Village, a cultural programme that brings together museums, artists and communities to enjoy art and culture, learn about and revive local folklore and heritage, and improve access to cultural activities in rural areas. 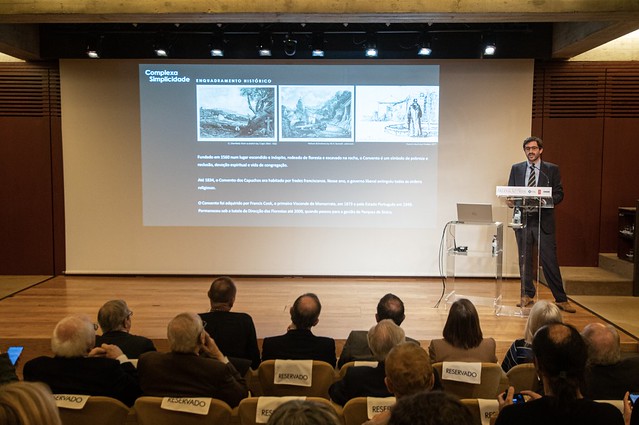 João Sousa Rego, Architect and Technical Director of Built Heritage at Parques de Sintra, spoke about the Convent of the Capuchos, a monastic complex built in 1560 in the native forest of Sintra, which was fully restored, combining traditional techniques and innovative solutions. 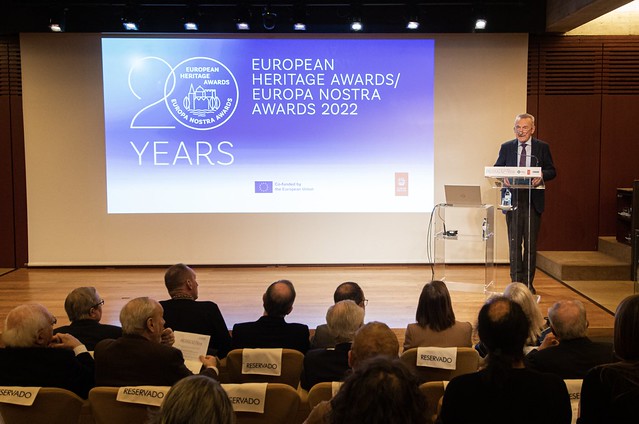 In his address, Piet Jaspaert, Vice-President of Europa Nostra, paid tribute to the Portuguese winners of the European Heritage Awards / Europa Nostra Awards 2022. “During the wonderful European Heritage Awards Ceremony held at the State Opera of Prague at the end of September, the EU Commissioner Mariya Gabriel said: ‘Culture is our oxygen, it makes us feel alive, it helps to keep heritage alive throughout the crises, it is a powerful driver that brings our society together to a common sense of belonging’. I hardly imagine better examples of the power of her statement than the two Portuguese winners. Both of them deserve our full appreciation and support and our warmest congratulations”.