On 29 October, the recently restored Théâtre du Châtelet hosted the Grande Soirée du Patrimoine Européen in the frame of the European Cultural Heritage Summit 2019 in Paris. Following the celebration of all the winners of the European Heritage Awards / Europa Nostra Awards 2019, the Ceremony paid an emotional tribute to the Paris Fire Brigade who received a Special Award in recognition and admiration of their courageous and victorious fight against the flames that devastated the Notre-Dame Cathedral on 15 April 2019. They received their Award from Europa Nostra’s President Plácido Domingo, Executive President Hermann Parzinger, and European Commissioner Tibor Navracsics in front of an audience of over 1,000 heritage professionals and volunteers from all over Europe, as well as the highest representatives from the European Union Institutions, Member States and the host country. 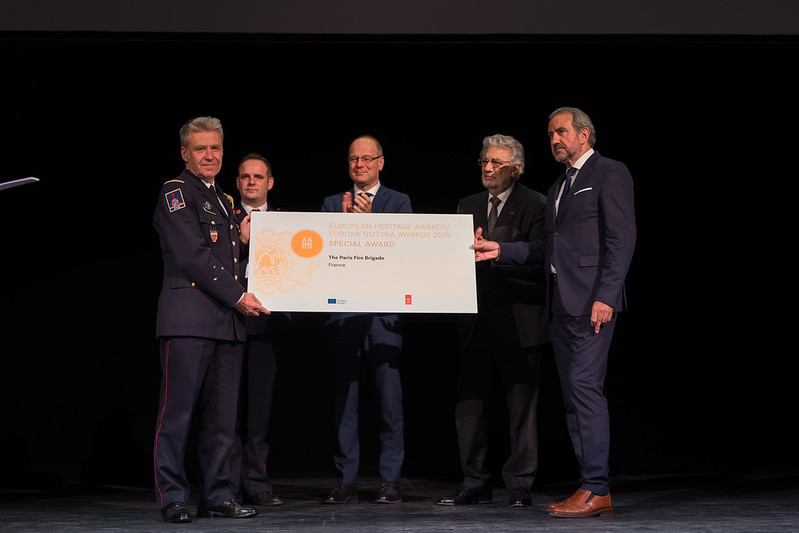 This special part of the Ceremony was introduced and enhanced with performances by the Adult Choir of the Maîtrise Notre-Dame de Paris, including the “Cantique de Jean Racine” of Gabriel Fauré. To accompany the music, videos and images of the burning Cathedral were displaying to honour its universal history and spirit. 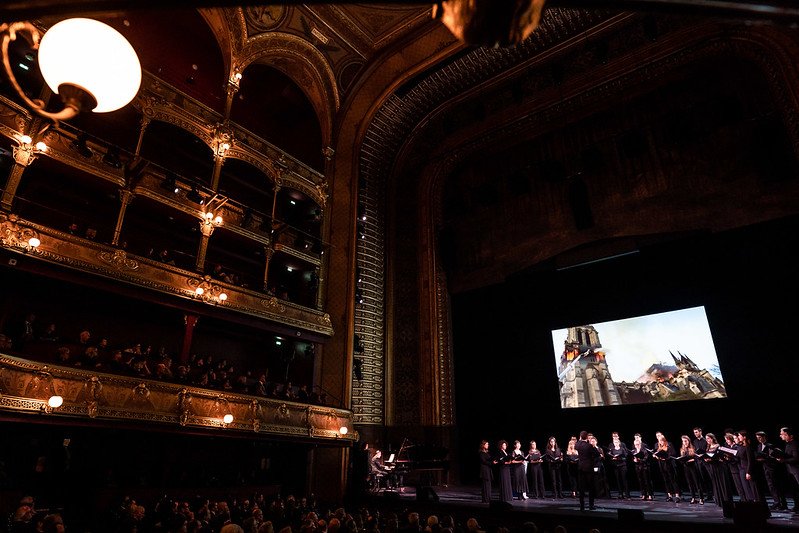 Before handing this particular Award to General Jean-Claude Gallet, Commander of the Paris Fire Brigade, Hermann Parzinger recalled that it “honours both their courage and their professionalism. On that evening of 15 April, they were the true guardian angels of the Cathedral and its treasures, which belong to all humanity. By stopping the fire, they succeeded in safeguarding the structure of Notre-Dame, allowing us today to consider the rebirth of this building, which is so symbolic for France and for the whole of Europe.” 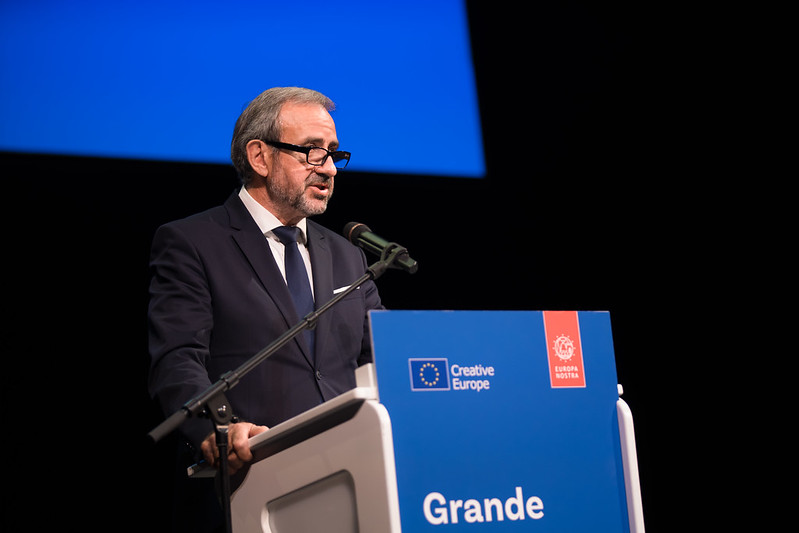 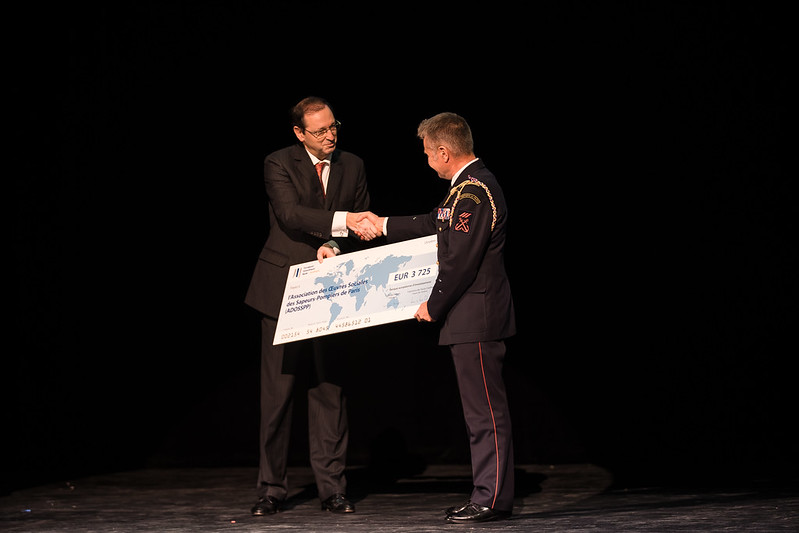 “I am very moved, I am very proud. The Paris Fire Brigade is very proud to receive this Award and to be paid tribute tonight. If I have to find a common denominator between those who constructed the Cathedral, between those who that night – and the brigade is not exclusive – made it possible to save Notre-Dame, and those who will take over its reconstruction, I can summarise this with commitment. Commitment means being able to surpass yourself for a collective cause, to surpass your individualism. As you can see in the images of 15 April, the commitment was to accept the risk,” stated General Gallet in his acceptance speech. 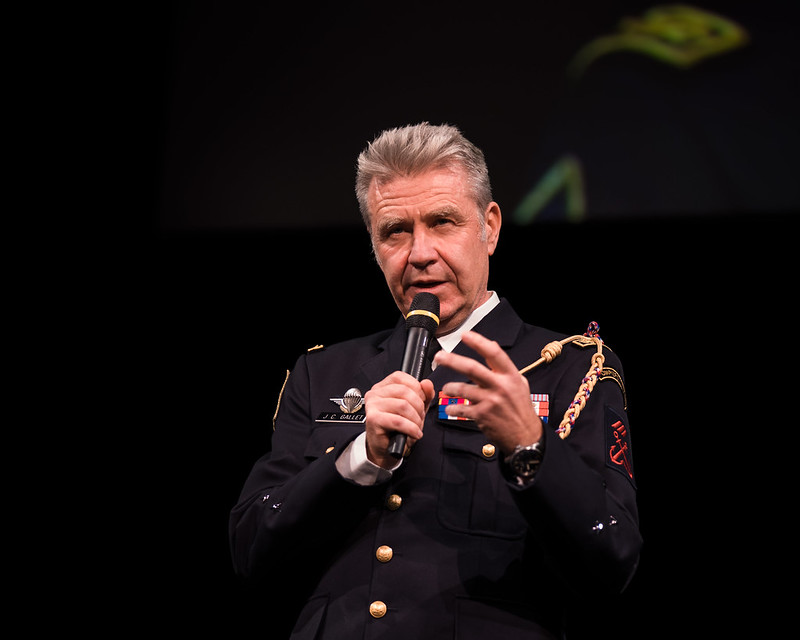 Europa Nostra’s Vice-President Bertrand de Feydeau and Secretary General Sneska Quaedvlieg-Mihailovic then gave the floor to several personalities who committed to saving the Cathedral and ensure its reconstruction. 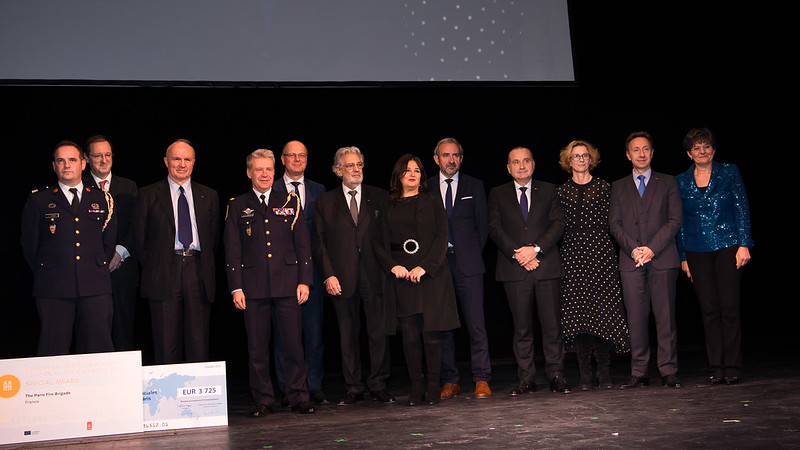 On behalf of Anne Hidalgo, Mayor of Paris, Karen Taïeb, Deputy Mayor in charge of heritage, warmly congratulated the Paris Fire Brigade for risking their lives to save one of the most iconic and historically symbolic buildings of Paris. She stressed that not only Parisians but also all citizens of France, Europe and the World will forever be grateful for their act of bravery.

After this moving sequence, Bertrand de Feydeau reminded that in the history of tragic events there has never been such a large, spontaneous and generous mobilisation as the 350 000 donors across France, Europe and the World who contributed around 900 million euros to restore the Cathedral. In particular, the Total Foundation and AXA were among the corporate sponsors supporting the fundraising efforts of the Fondation du Patrimoine. 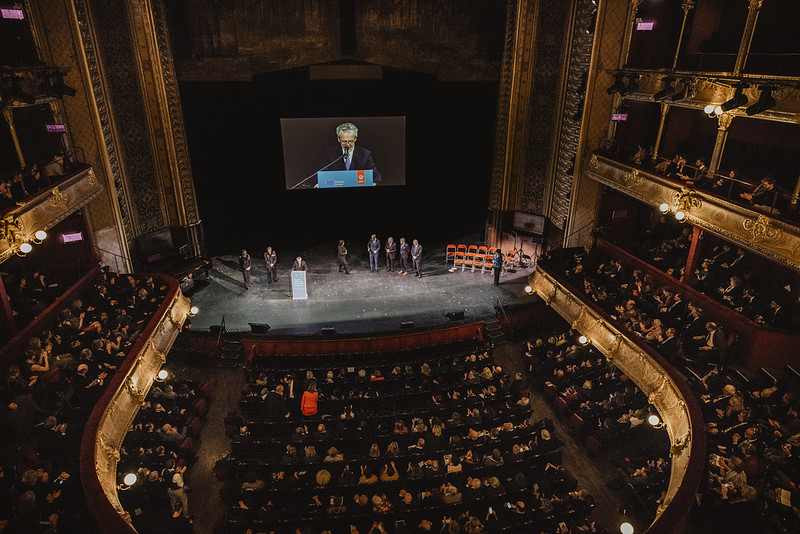 Manoelle Lepoutre, Senior Vice President Civil and Society Engagement at Total Foundation, and Jacques de Peretti, Chairman and Chief Executive of AXA France, highlighted why they have decided to support the revival of this heritage gem. “I cried. Like many others, like millions of television viewers, in front of this Cathedral that was burning, in front of this jewel that was disappearing. I admired the Fire Brigade of General Gallet, I admired their commitment, their self-sacrifice. And today I am proud that my group has decided to be among the first donors to rebuild the Cathedral,” stated Jacques de Peretti. 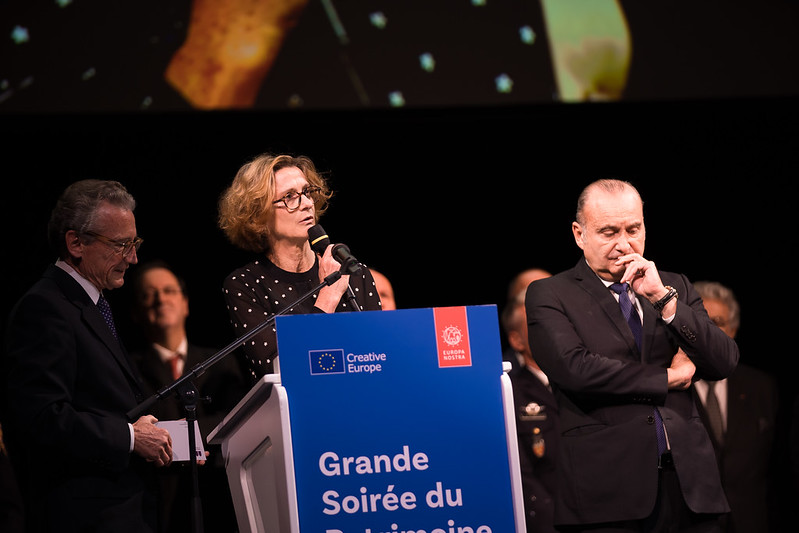 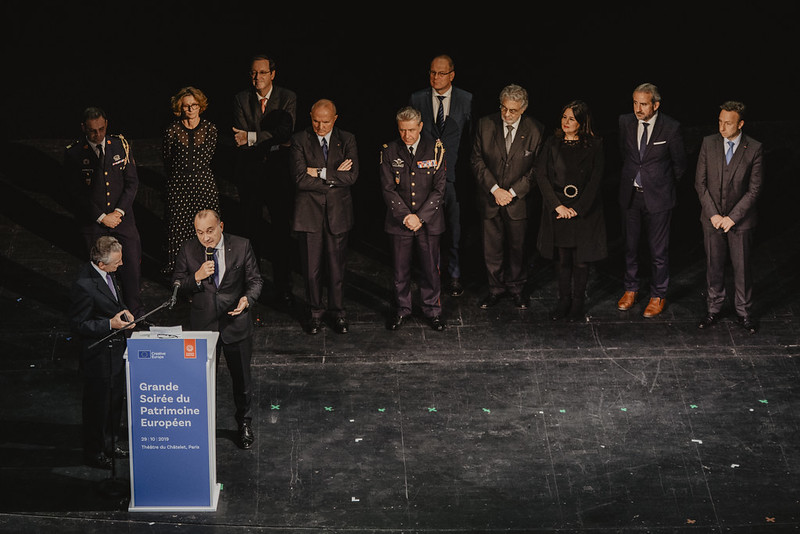 General Georgelin, Special Representative of the President of the French Republic in charge of the reconstruction of Notre-Dame, concluded this special tribute looking brightly at the future:
“It is now time for hope, time for joy, and time for mobilisation, in order to bring back to Paris, to Europe, and to the World, this absolute treasure of Gothic art that is Notre-Dame de Paris”. 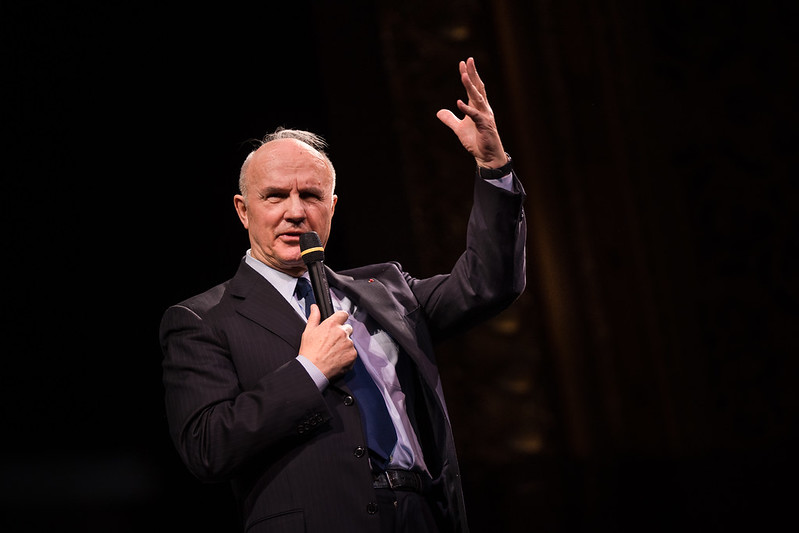