The Welcome Reception organised in the frame of the European Cultural Heritage Summit 2019 was hosted on 27 Octobre at the Cercle de l’Union Interalliée presided by Denis de Kergorlay, who is also Honorary President of Europa Nostra. Together with Hermann Parzinger, Executive President of Europa Nostra, they warmly welcomed over 250 participants coming from all over Europe as well as representatives of the major French heritage organisations. This festive evening was also the perfect occasion to honour the laureates of the European Heritage Awards / Europa Nostra Awards 2019 and to pay tribute to Stéphane Bern, famous French journalist and himself Award winner in 2018, who was entrusted by the President of the French Republic with a special mission for endangered heritage. 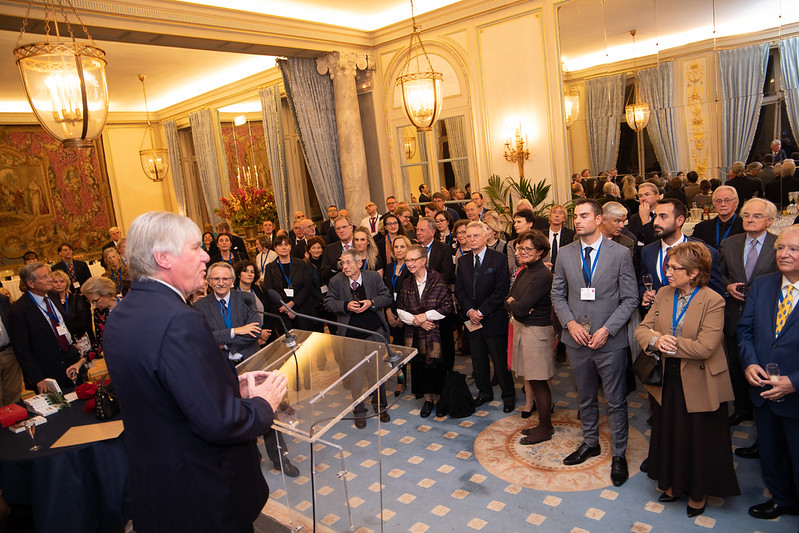 Sneška Quaedvlieg-Mihailović, Secretary General of Europa Nostra, took this opportunity to thank Denis de Kergorlay for the nine years he dedicated to Europa Nostra as its Executive President and offered a Liber Amicorum – a memory photo album with special messages from his Europa Nostra’s friends. 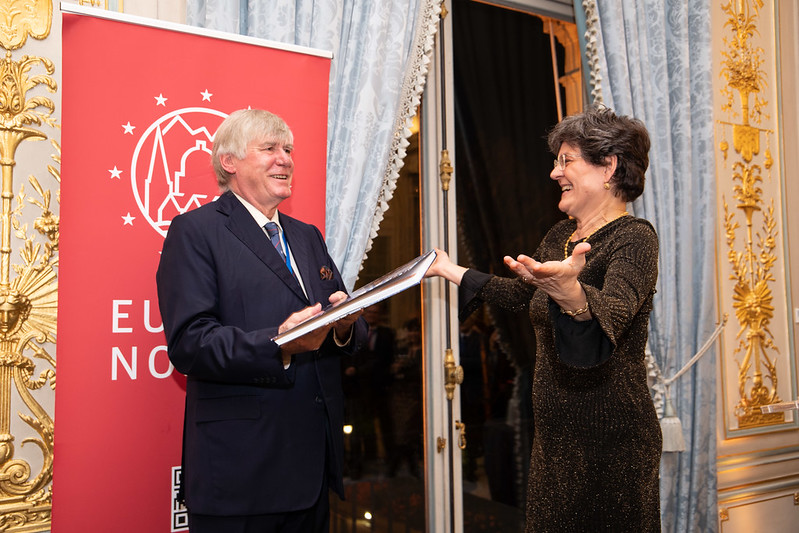 Words of praise were also extended to our recently appointed Vice-President Bertrand de Feydeau, who received sketches inspired the Cathedral Notre-Dame de Paris and the fire that happened on April the 15th drawn by the famous French cartoonist Plantu. 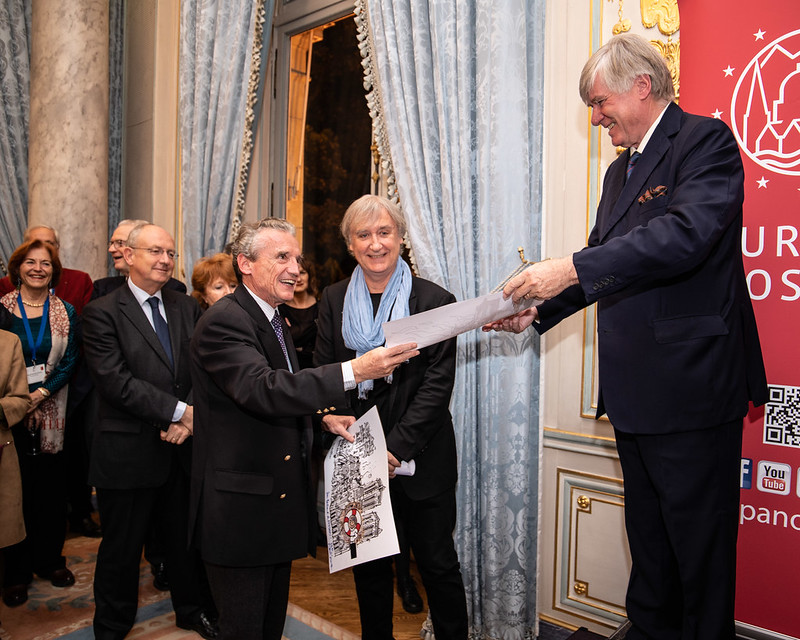 Arriving straight from the Montparnasse Theatre where he currently performs his play “Vous n’aurez pas le dernier mot”, Stéphane Bern made a forceful speech recalling the importance of the European dimension of heritage. He also reminded that “We wanted this Summit in Paris so much, we wanted it so much. Thank you Sneška, thank you all my friends from Europa Nostra for giving me an Award when I was in Berlin last year. But honestly, what I do at my level is nothing compared to what you do at European level. And what is important is perhaps only one message this evening: at a time when Europe is wondering about its future, it should reflect on what really brings us together in Europe. It is not the language, of course, since we all speak a different language. It may be history and undoubtedly heritage.” 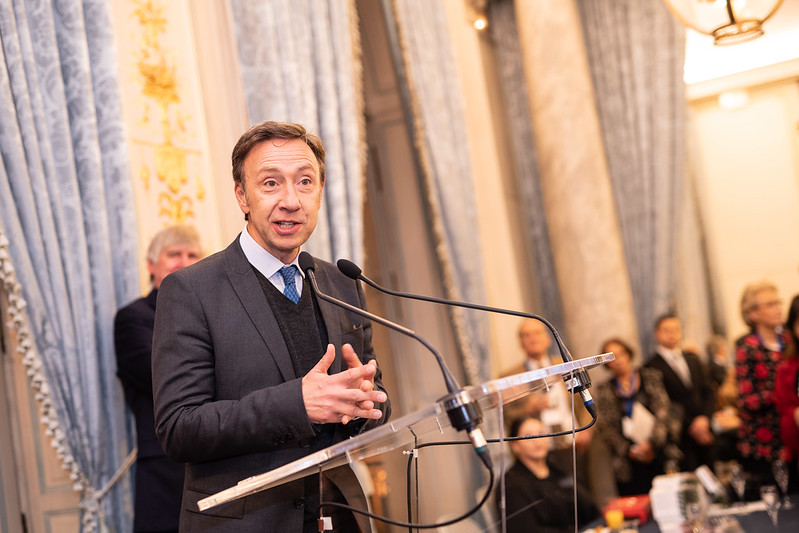 Stéphane Bern then took the time for a signing session of his latest book, Sauvons notre Patrimoine, a manifesto for the safeguard of cultural heritage. 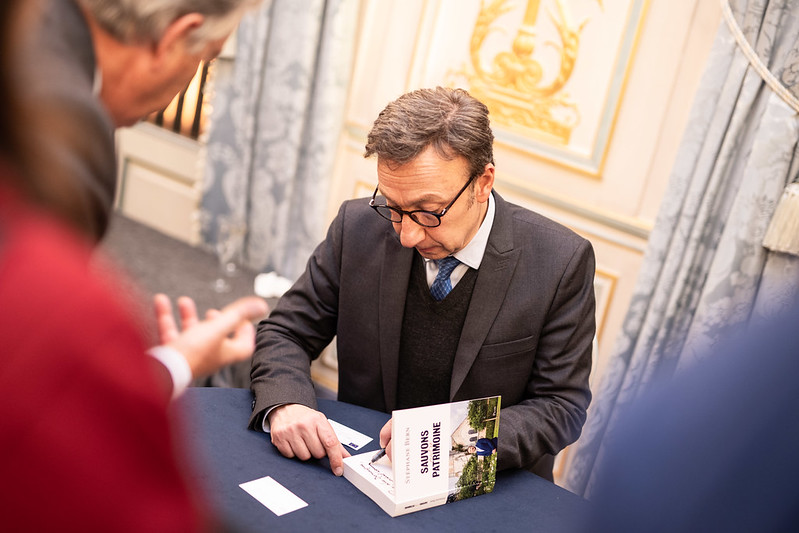 This joyful evening gave the tone of the entire Summit: warming, welcoming and inspiring.
Following the internal meetings of Europa Nostra’s Board & Council during the day, members, Awards laureates, and representatives of the French civil society (such as VMF, Demeure Historique, Centre des Monuments Nationaux, Dartagnans, Patrivia) in the sector of heritage could meet and exchange with each other. 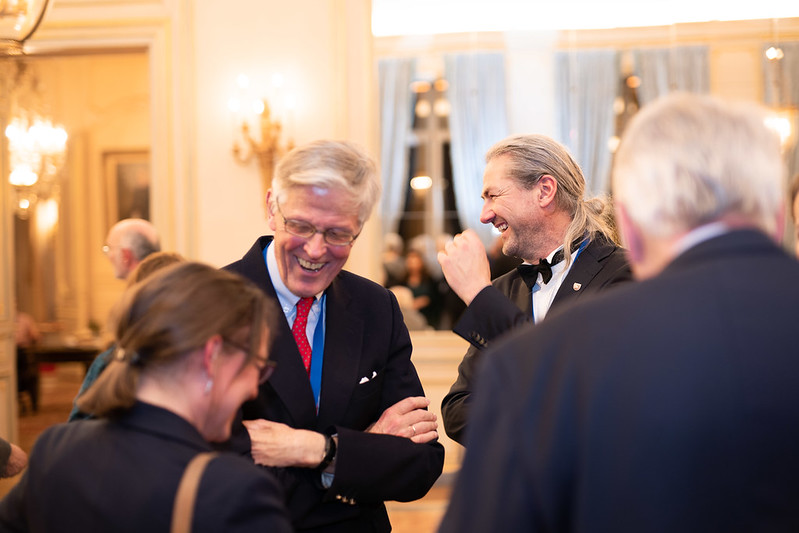