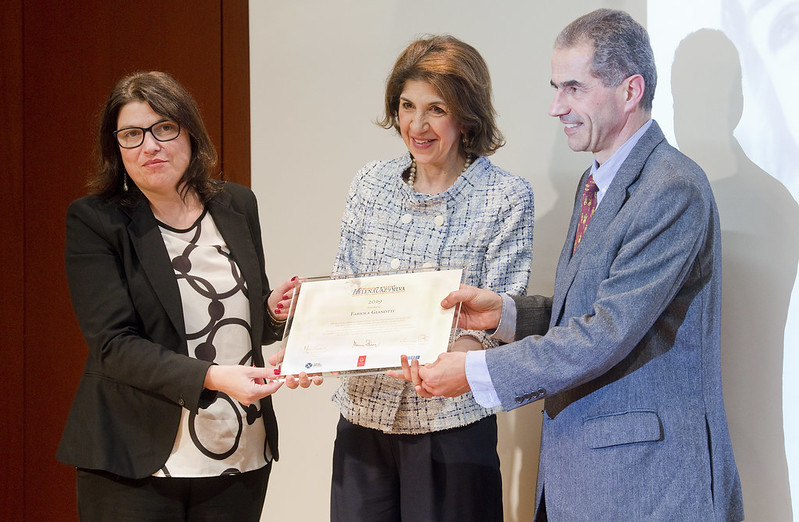 “The humanities, arts and science are all expressions of human creativity, of human curiosity. There are very strong links for instance between music and physics, I know that from personal experience. So, I think it is very important to try to reconcile the values, domains of knowledge” stated Fabiola Gianotti in an interview with RTP Noticias after the ceremony. Mrs Gianotti was recently elected for a second mandate as CERN Director-General.

“Fabiola Gianotti, being worldwide recognised and honoured as a leading physicist, has a fundamental role in the dissemination of scientific culture in Europe and beyond. Her ability to transmit in an original, accessible and effective way information of scientific nature – often difficult to communicate to the general public – as well as her dedication to linking science and the arts, were specially appreciated” noted the Jury of the Helena Vaz da Silva European Award. 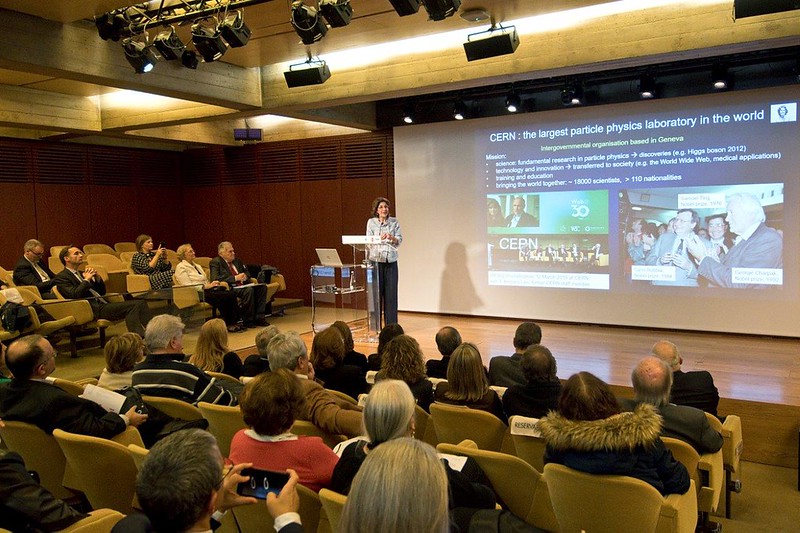 Gianotti has shown affection to culture from an early age and was particularly passionate about music and art. The particle physics expert has also conducted piano studies in Milan Conservatory together with her studies in physics and always found ways to relate the two. She says that “musical harmony is based on physical principles’, and indeed music has always had a fundamental influence in her life and her latest innovative initiatives as Director-General of CERN.

In his laudatory speech about the winner, Guilherme d’Oliveira Martins, Member of Jury of the Helena Vaz da Silva European Award, who is also a Trustee of the Calouste Gulbenkian Foundation, recognises Fabiola Gianotti as a true symbol that could help “to give new insight into memory, heritage and cultural heritage as essential realities.”

Maria Calado, President of the Centro Nacional de Cultura, emphasised that Fabiola Giannotti, with her special nature, embodies that “Science and culture are inseparable.” She then reminded the significance of the Helena Vaz da Silva European Award for Raising Awareness on Cultural Heritage, which “distinguishes personalities who, by their actions, contribute to the appreciation and communication of cultural heritage in its multiple typological aspects and in its double historical and contemporary dimensions. It focuses on the dissemination, defense and promotion of Europe’s cultural heritage, either through literary and musical works, or through stories, articles, chronicles, photographs, cartoons, documentaries, fiction films and radio and / or television programmes”.

This year, the Award Jury – composed of independent experts in the fields of culture, heritage and communication from various European countries – also decided to give Special Mentions to two other European personalities active in the field of culture: the Royal Danish Theatre Director Kasper Holten as well as the ethnograph and archaeologist Angelo Castiglioni. 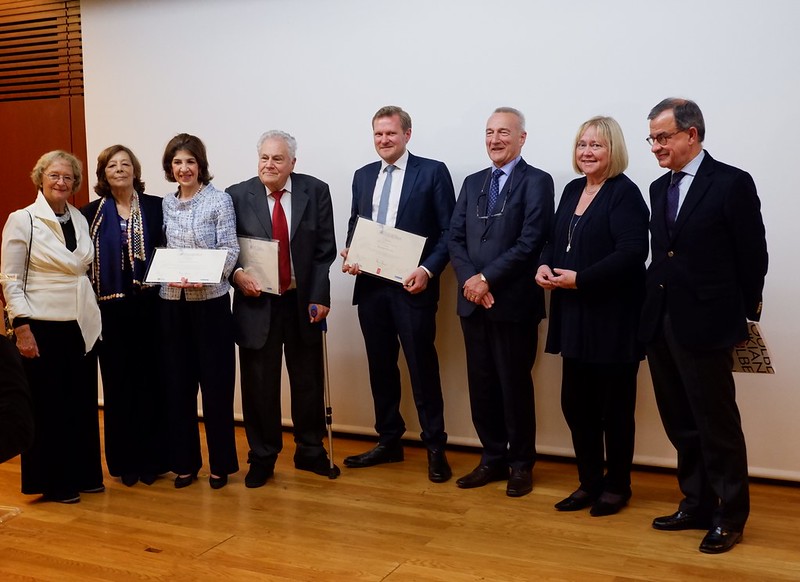 Piet Jaspaert, Vice-President of Europa Nostra and member of the jury for the Helena Vaz da Silva Award paid tribute to the Royal Danish Theatre Director Kasper Holten for his tireless efforts to promote the importance of becoming a well-informed and enlightened individual through the understanding of our cultural heritage. “In both his artistic work and in his management, Kasper Holten has actively promoted and developed cross-European collaborations and partnerships”, mentioned Piet Jaspaert. 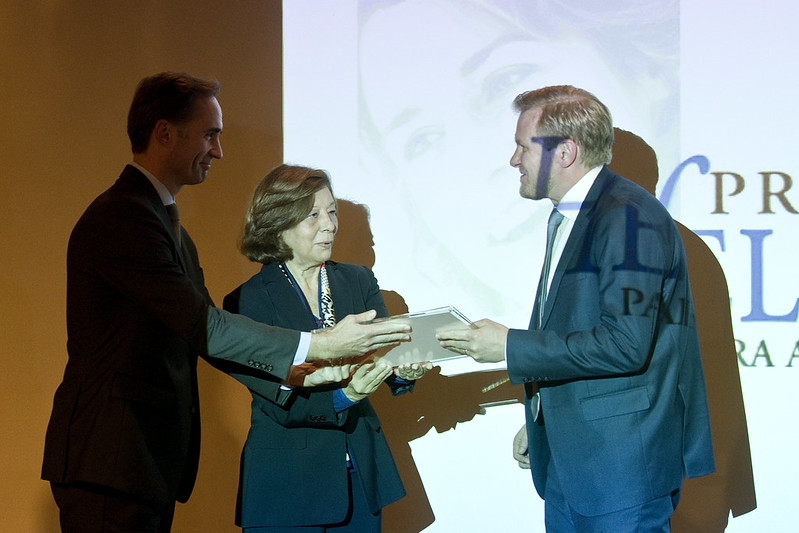 Irina Subotić, Vice-President of Europa Nostra and member of the Jury, who is also a recognised scholar, art historian and professor at the University of Belgrade, presented the Special Mention to Dott. Angelo Castiglioni – ethnologist, anthropologist, archeologist, author, cineaste, documentarist and founder of the Museum in Varese for his many achievements and his sixty years of explorations in northern and central Africa – in Algeria, Niger, Mali, Sudan Nubia, Burkina Faso, Cameroon, across cities, villages, savannas and deserts, in mines, deep waters and forests. Irina Subotić praised Dott. Angelo Castiglioni for his dedication to “bring African material and immaterial cultures closer to the Europeans and to teach us about the differences and the particularities which – all together – make our common civilization so precious”. 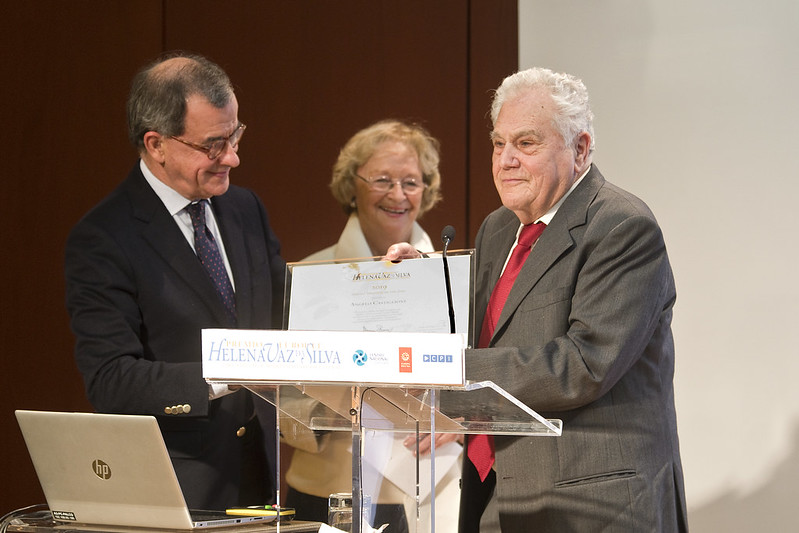 The European Award for Raising Public Awareness on Cultural Heritage honours Helena Vaz da Silva (1939-2002), Portuguese journalist, writer, cultural activist and politician. It was established in 2013 by the Centro Nacional de Cultura in cooperation with Europa Nostra and the Clube Português de Imprensa. It has the support of the Portuguese Secretariat of State for Culture, the Calouste Gulbenkian Foundation and Turismo de Portugal.

THE POWER OF TOGETHERNESS