A remarkable book entitled ‘Governing Heritage Dissonance: Promises and Realities of Selected Cultural Policies’ written by the Secretary General of Europa Nostra Serbia Višnja Kisić has just been published by the European Cultural Foundation (ECF) based in The Hague. This pioneering study, which won the ECF’s Cultural Policy Research Award in 2013, deals with the issues of heritage related conflicts and potentials of heritage for intercultural mediation and reconciliation processes. 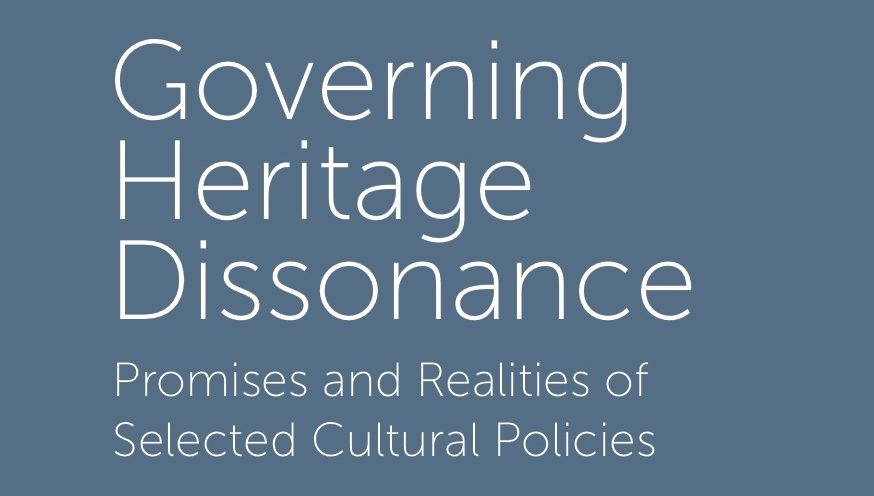 Drawing on illuminating case studies from South East Europe, Višnja Kisić connects heritage studies and cultural policies with issues of difference, conflict and reconciliation, prompting us to rethink how we approach the past and deal with diversities between cultures, nations and generations at a time of increasing fragmentation across Europe. Her timely analysis suggests ways of approaching our common heritage that could open up avenues to a better design for Europe’s common future.

The Secretary General of Europa Nostra Sneška Quaedvlieg-Mihailović gave the book her full endorsement. “In times when conflicts are becoming increasingly culturalised and fuelled by identity politics, this pioneering study is timely in connecting heritage studies and cultural policies with issues of difference, conflicts and reconciliation. Using the case of South East Europe as exploration ground for wider philosophical and practical questions related to heritage, it calls on us to rethink how we approach the past and deal with diversities – among cultures, nations, communities, classes, gender, and generations. Finally, Kisić offers invaluable insights in the benefits and flaws of international development aid and transitional justice actions in post-conflict areas, making a strong case for the crucial role of culture and heritage in overcoming symbolic violence and creating understanding of ‘the other’,” wrote the Secretary General of Europa Nostra.

You can download the online version of the book and/or order a hard copy through the ECF website.