Maestro Plácido Domingo, President of Europa Nostra, the leading heritage organisation in Europe, will co-host the European Heritage Awards Ceremony at the Zarzuela Theatre in Madrid on 24 May. Plácido Domingo, together with the European Commissioner for Education, Culture, Youth and Sport Tibor Navracsics, will pay tribute to the winners of the 2016 EU Prize for Cultural Heritage / Europa Nostra Awards, Europe’s highest honour in the field. The Awards Ceremony is the absolute highlight of the European Heritage Congress which will bring hundreds of those active in the heritage sector from all over Europe to Madrid on 22-27 May. Another highlight of the Congress programme is the forum on ‘Social Participation in Heritage Protection: European, Spanish and Hispano-American Experiences’ to be held at the Conde Duque Cultural Centre on 25 May. The Congress is organised by Europa Nostra in cooperation with its country representation, Hispania Nostra, and is supported by numerous public and private bodies from Spain and other European countries as well as by the EU Creative programme. It will contribute to Hispania Nostra’s 40th anniversary celebrations. 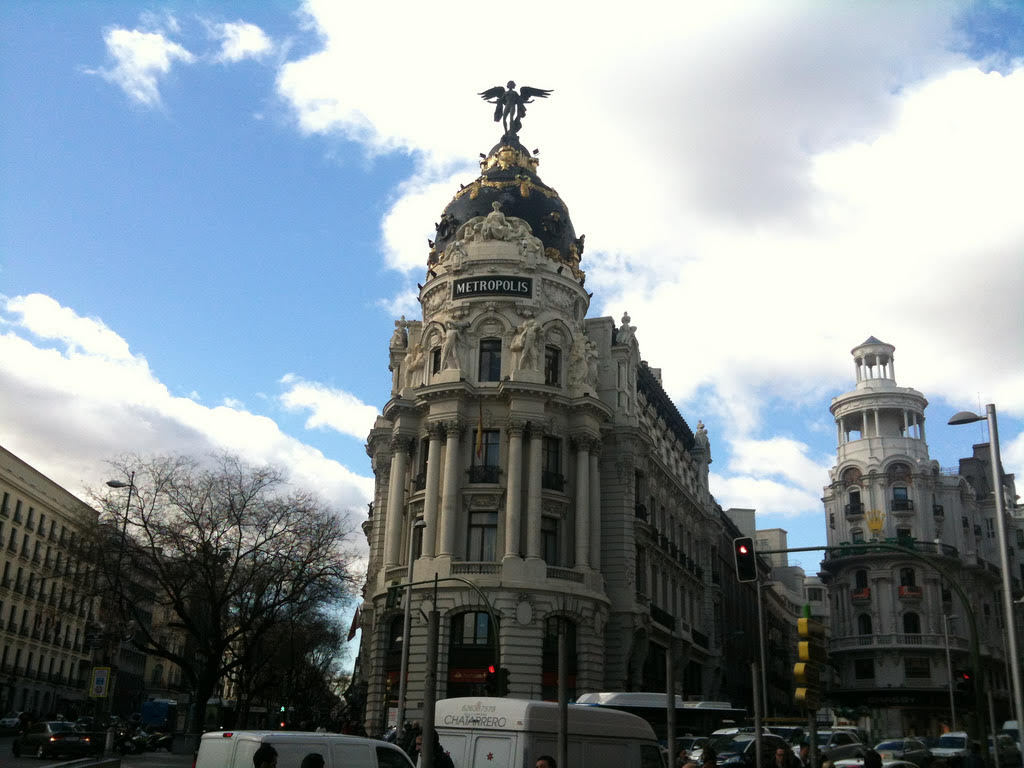 “I am delighted that this year’s European Heritage Congress will take place in my native town Madrid. I look forward to meeting and honouring the winners of the prestigious EU Prize for Cultural Heritage / Europa Nostra Awards – among which are two remarkable achievements from Spain – at the Zarzuela Theatre, a place so close to my heart,” stated Maestro Domingo. “This is an ideal occasion to welcome the proposed European Year of Cultural Heritage 2018, together with many members, partners and supporters from across Europe. I therefore hope that you will join us in Madrid in big numbers where we will have the opportunity to continue our discussion on the ways in which we can ensure that the European Year of Cultural Heritage will serve as a platform for connecting and amplifying many excellent heritage initiatives – local, regional, national and European – which have already been developed throughout Europe,” added the President of Europa Nostra.

Media professionals are invited to attend the following highlights of the Congress programme:

Inauguration of the Exhibition ‘Recognising Spanish Heritage in Europe’

For the first time ever, this exhibition will display the country’s most outstanding heritage accomplishments recognised at the European level. Spain is first in the European ranking, having received a total of 150 awards (92 Europa Nostra Awards between 1978 and 2001 and 58 EU Prize for Cultural Heritage / Europa Nostra Awards between 2002 and 2016). This exhibition will take us on a fantastic journey across Spain, showing the best and most inspiring examples in conservation, research, dedicated service to heritage, and education, training and awareness-raising. It will be officially opened by H.M. Queen Letizia of Spain. Read more

Cultural heritage is a strategic resource for sustainable development and social cohesion at regional, national and European levels. This is precisely the core message of the Report ‘Cultural Heritage Counts for Europe’ (CHCFE) – recently produced by Europa Nostra together with 5 other European partners – which employs various award-wining Spanish projects as powerful illustrations of how heritage generates countless economic, social, cultural and environmental benefits. Participants from various European countries will contribute to the debate. On this occasion, the Spanish edition of the CHCFE Executive Summary and Strategic Recommendations will also be presented.

The winners of the EU Prize for Cultural Heritage / Europa Nostra Awards 2016 – among which are two projects from Spain, the rehabilitation of The King’s Little Pathway in El Chorro gorge (Málaga) and the restoration of Six Churches in Lorca (Murcia) – will present and discuss their remarkable initiatives during the Excellence Fair. Read more

The winners of the EU Prize for Cultural Heritage / Europa Nostra Awards 2016 will be celebrated during a high-profile event co-hosted by Maestro Plácido Domingo, President of Europa Nostra, and Tibor Navracsics, European Commissioner for Education, Culture, Youth and Sport. The European Heritage Awards Ceremony will assemble up to 1.000 people, including heritage professionals, volunteers and supporters from all over Europe as well as top-level representatives from EU institutions, Member States and the host country. During the event, the seven Grand Prix laureates, to receive €10,000 each, and the winner of the Public Choice Award, chosen from among this year’s winning projects, will be announced. The ceremony will be enhanced by an inspiring musical programme. Renowned Spanish musicians will enchant the audience with their diverse performances based on Spain’s rich cultural legacy.

This full-day Forum will offer a platform for rich exchange and debate on how social participation in heritage protection has developed over the last years, based on the experience of different stakeholders from Spain and other European countries as well as from Latin America. This initiative aims to promote active participation by various civil society and community groups in the preservation and enhancement of cultural heritage. It also intends to increase awareness of the value of cultural heritage and its positive impact on the quality of life, social cohesion, sustainable development, job creation and growth. The Forum will lead to the adoption of the ‘Madrid Declaration’ on the value of social participation for heritage preservation. Read more

Europa Nostra is the pan-European federation of heritage NGOs which is also supported by a wide network of public bodies, private companies and individuals. Covering 40 countries in Europe, the organisation is the voice of civil society committed to safeguarding and promoting Europe’s cultural and natural heritage. Founded in 1963, it is today recognised as the most representative heritage network in Europe. Europa Nostra campaigns to save Europe’s endangered monuments, sites and landscapes, in particular through ‘The 7 Most Endangered’ programme. It celebrates excellence through the EU Prize for Cultural Heritage / Europa Nostra Awards. It also contributes to the formulation and implementation of European strategies and policies related to heritage, through a structured dialogue with European Institutions and the coordination of the European Heritage Alliance 3.3. Europa Nostra is represented in Spain by Hispania Nostra.

Creative Europe is the EU programme to support the cultural and creative sectors, enabling them to increase their contribution to jobs and growth. With a budget of €1.46 billion for 2014-2020, it supports organisations in the fields of heritage, performing arts, fine arts, interdisciplinary arts, publishing, film, TV, music, and video games as well as tens of thousands of artists, cultural and audiovisual professionals. The funding will allow them to operate across Europe, to reach new audiences and to develop the skills required in the digital age. Creative Europe supports the EU Prize for Cultural Heritage / Europa Nostra Awards as well as the European Heritage Congress as part of Europa Nostra’s network project ‘Mainstreaming Heritage’.