Home News Portugal: After 20 years of silence, the restored Carillons of the Mafra National Palace played for over 6,000 people

After 20 years of silence and a complex restoration process, the Carillons of the Mafra National Palace were played during a memorable inaugural concert that assembled over 6,000 people in the square in front of the Palace on the afternoon of 2 February. In a congratulatory message read during the event, the President of Europa Nostra praised the masterful restoration of the world’s largest set of 18th century carillon bells and congratulated all those who have contributed to the “renaissance” of this outstanding historic carillons. Maestro Plácido Domingo also applauded the recent inscription of the Mafra National Palace on the World Heritage List of UNESCO. The Carillons were listed among the 7 Most Endangered heritage assets in Europe in 2014 by Europa Nostra and the European Investment Bank Institute, following a nomination by the Centro Nacional de Cultura. 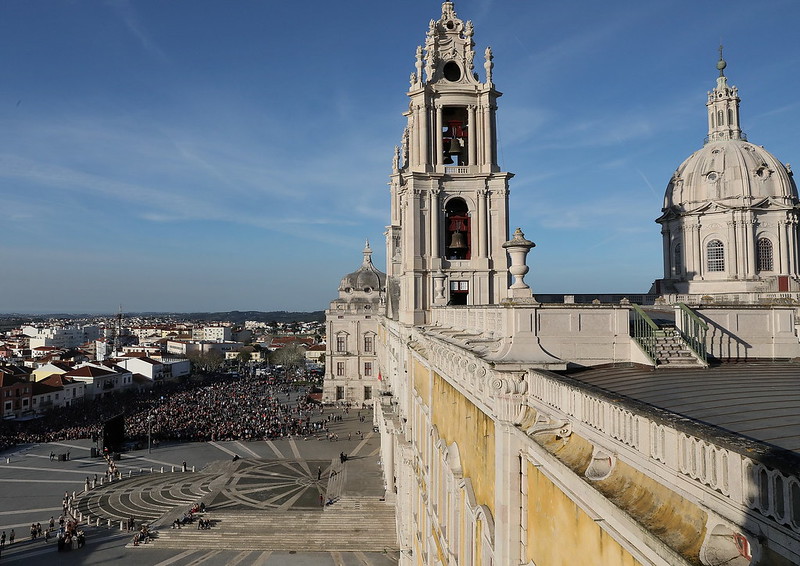 Following a mission by Europa Nostra and the European Investment Bank Institute in October 2014, the European experts put forward a technical and financial report in March 2015, which underlined the need and justification for the rehabilitation project and supported the approach adopted. The highlighting of the project by the 7 Most Endangered programme helped prioritise the project among the public authorities.

The conservation programme had a total cost of 1.7 million euros and was almost entirely financed by the Ministry of Culture of Portugal.

“As President of Europa Nostra, I applaud the work that has been done to restore the carillons and save this UNESCO World Heritage for future generations. As a musician, I feel we are truly blessed that we can, once again, enjoy the great musical heritage of Europe through the crisp, clear and gentle sounds of the bronze bells. (…) I am so happy that these magnificent carillons will now join the six pipe organs in making Mafra a mecca for music lovers, especially with the opening of the National Museum of Music in the Palace,” stated Plácido Domingo in his message, which was read by Guilherme d’Oliveira Martins, Trustee of the Calouste Gulbenkian Foundation, on behalf of both Europa Nostra and the Centro Nacional de Cultural, our country representation in Portugal.

Maestro Domingo vividly recalled his participation in an exceptional concert with the six pipe organs in the Basilica in 2012 during the Europa Nostra Congress in Lisbon. “Eight years ago, we had the unique opportunity of enjoying the magnificent sound created by the six pipe organs of the Basilica of the Mafra National Palace. The concert was an incomparable musical storm and the majestic music flowed over me and the other listeners like a grand melodic wave. In 2012, the restoration of the pipe organs had just been awarded the European Heritage Award / Europa Nostra Award and I was so thrilled to be able to listen to the end result. It was a truly magical moment for me and all other music and heritage enthusiasts”. 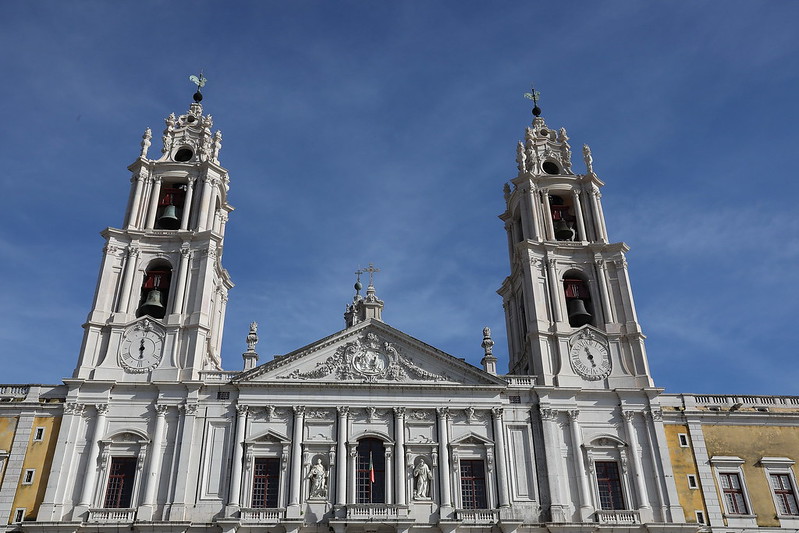 The two towers of the Basilica of the Mafra National Palace feature a unique set of 119 cast bronze bells, divided into carillon, liturgical and hour bells. Due to lack of maintenance in the case of the northern-tower, or poor conservation, in the case of the southern-tower, the wooden structures that support the bells had been at risk of collapse, threatening the integrity of the towers and of the monument itself. The bells had also been in a very poor condition.

The conservation work was carried out between May 2018 and December 2019. Most of the carillon bells were lowered to the ground and stored or moved to the repair shop, but some were treated in situ. The south tower carillon is fully operational. The north tower carillon – which has never been altered and therefore provides a rare example of the sound of bell-performance in its original tuning condition – was restored but kept as a museum piece. The large liturgical bells and the 12-tonne clock bells were also secured and stabilised.

Call for Nominations for 7 Most Endangered 2021: Let’s save Europe’s endangered heritage sites together!