In the frame of the European Cultural Heritage Summit taking place on 27-30 October in Paris, the City of Bougival, the Region Île-de-France, the European Music Centre and Europa Nostra have invited a delegation of participants to attend the launch of the Villa Viardot restoration works on 29 October. In 2018, the Villa Viardot was listed among the iconic heritage sites in danger in the framework of the special mission that was granted by the French President to the renowned journalist Stéphane Bern. Its renovation, benefitting from the funds raised by the very first Heritage Lottery in 2018 and led by Gabor Mester De Parajd (a member of Europa Nostra and its Scientific Council), marks the first step in the creation of the European Music Centre in Bougival conceived and led by Jorge Chaminé.

The event officially opened with Luc Wattelle, Mayor of Bougival, reminding the moving visit of Europa Nostra’s President Plácido Domingo to the Villa Viardot in 2016, who committed to supporting the rescue of this endangered site. Since then, efforts have accelerated and culminated when the President of the French Republic, Emmanuel Macron, and his wife, Mrs Brigitte Macron, have visited the Villa Viardot on the occasion of the European Heritage Days in 2018.

He continued by extending words of thanks to key stakeholders, in particular, Jorge Chaminé and his European Music Centre, Stéphane Bern and his Mission for endangered heritage, the Fondation du Patrimoine, the Française des Jeux, the Ministry of Culture, the Region Île-de-France, and the Total Foundation. Thanks to their support, the first phase of the renovation works can be fully financed.

Hermann Parzinger, Executive President of Europa Nostra, underlined that the tangible and intangible heritage of Bougival has too long remained as a “Sleeping Beauty”. He then praised the tireless dedication of Jorge Chaminé: “This celebration, this resurrection, this new impetus, we owe it to Jorge Chaminé, a great European of heart, blood and spirit. Without his passion, without his duty of responsibility towards such a beautiful memory, without his vision and enthusiasm, we would not be gathered in front of this residence still so inhabited. With you, dear Jorge Chaminé, memory has a future!”, he added.

Hermann Parzinger concluded by announcing that alongside further supporting the European Music Centre, Europa Nostra wishes to label the Villa Viardot as part of the network of “Europa Nostra Domus”, as it embodies the spirit of Our Europe. “And the European Music Centre will be the continuity of this spirit at a time when Europe needs, more than ever, symbolic acts! Safeguarding heritage is the key to future creativity. It requires the will of all. The cases that seemed lost can become successes, as evidenced by the presence of all of you.” The Villa Viardot will be the second site to join the “Europa Nostra Domus” scheme after the Kairis Library on the Greek island of Andros. 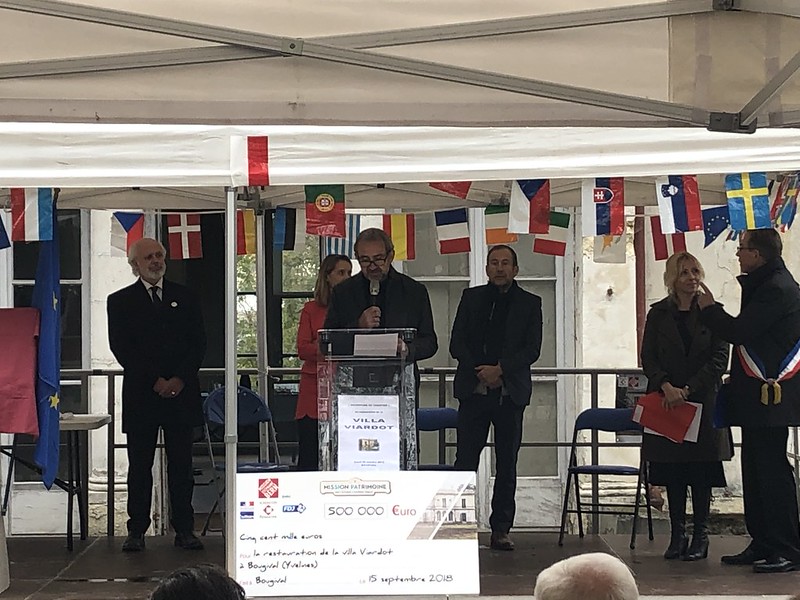 Jorgé Chaminé, President of the European Music Centre, recalled with emotion when he discovered this famous musical and literary salon of the singer and composer Pauline Viardot in an advanced state of disrepair in 2000. Since then, he committed to mobilising individuals and public authorities to safeguard this 19th-century emblematic site of artistic, musical, intellectual, literary and scientific creation, especially with the creation of the European Music Centre: “a unique place where music will be the beating heart, a future intergenerational space, combining heritage, art, social, medical and scientific aspects“.

This innovative project will become a place of transmission, creation and artistic experimentation that will bring together the Villa Viardot, the house where Georges Bizet composed his famous opera Carmen and six new eco-friendly buildings. 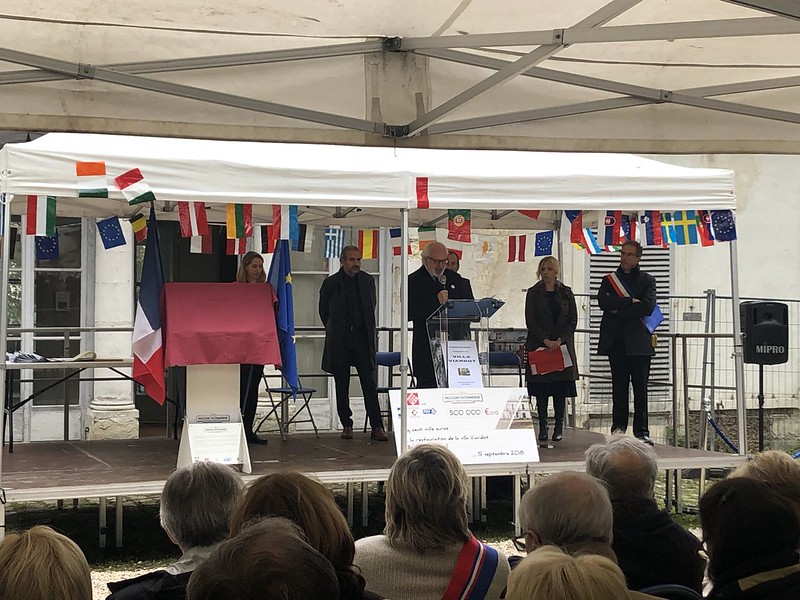 Célia Vérot, Director General of the Fondation du Patrimoine, mentioned specifically two reasons why the restoration of the Villa Viardot is so emblematic, and not only in the frame of the Stéphane Bern Mission. Firstly, because this neglected and unknown heritage will unfold its full potential and be able to shine again. By becoming a cultural and training centre, its rich history will be transmitted to younger generations.

Secondly, it is emblematic due to the innovative funding support gathered to save this site, with, on the one hand, public funding but also the involvement of civil society (companies, individual donors), and the general public, particularly through the Heritage Lottery. The Fondation du Patrimione, which collected the funds raised through the Heritage Lottery, has allocated €500,000 to the restoration work at Villa Viardot, while the Total Foundation has contributed €100,000. It is still possible to participate in the ongoing online crowdfunding campaign for the Villa Viardot. 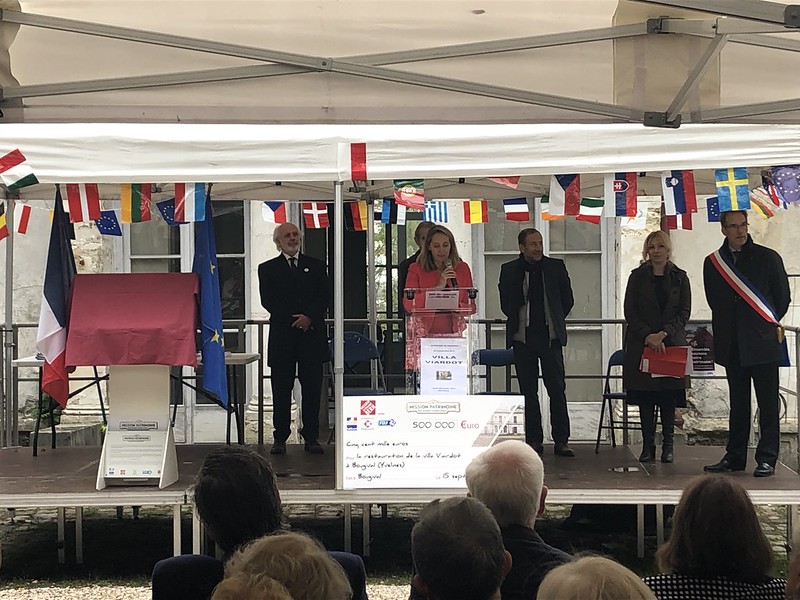 The event culminated with the unveiling of the plaque, followed by visits of the Villa VIardot led by Jorge Chaminé and Gabor Mester de Parajd. Before heading back to Paris in time to attend the Grande Soirée du Patrimoine Européen, participants left their written impressions in the “Livre d’Or”.