The “Food is Culture” multimedia artwork starts its European journey in Stockholm, Sweden

The artwork “What you didn’t know existed. Endangered food from around the world”, was launched on 29 March at the Spritmuseum in Stockholm, Sweden, before setting sail for the rest of Europe. The exhibition’s interactive sculptures and multimedia installations reveal the 5,000 endangered food products aboard the Slow Food Ark of Taste, inviting visitors to reflect upon the importance of our shared gastronomic heritage its diversity, and its fragility. This event kicked-off activities in the frame of the “Food is Culture” project funded by the EU Creative Europe programme, with the contribution of the Fondazione CRC di Cuneo, led by Slow Food with its partners Europa Nostra, Kinookus, Nova Iskra Creative Hub, and Transpond AB.

The exhibition was officially opened with a brief introductory speech by Petter Nilsson, who runs the Spritmuseum Restaurant, the artistic director Josefin Vargö and the project partners. Michela Lenta from the Slow Food Foundation for Biodiversity recalled the importance of this exhibition which allows visitors to discover the stories behind endangered food products, their producers, and print special recipes. She also presented the 8 unique heritage foods displayed on the interactive table: Sunnmøre Herring from Norway, Gurpi from Sápmi, Manna from Italy, Basque Pyrenees Mountain Cheese from France, Lesachtal Bread from Austria, Salt of Añana from Spain, Filindeu from Sardinia and Karacachan Sheep Milk from Bulgaria.

In her speech, Simone Mizzi, Europa Nostra Board member and Vice-President, outlined how the “Food is Culture” project strongly contributes to sustaining the legacy of the European Year of Cultural Heritage 2018. She also stressed how our shared food heritage is not only a key asset to our society and economy but also a cohesive force for the future of Europe and its citizens, as: “It reflects our shared history, memory and multiple identities, not only local, regional and national but also European. It provides us with a greater understanding of centuries of intercultural exchanges across Europe and contributes to reinforcing a sense of belonging to that larger European family and shared cultural identity. But a family which seek to include, not exclude!’’

This was a timely statement as the event also featured the launch of the Food Tales from diaspora communities. This initiative allowed visitors to discuss and exchange with migrants, thus learning from each other without any border or barrier. 7 migrants from all parts of the world, such as Syria, the USA, or Lapland, could describe the food traditions from their countries of origin and explain how they mixed and fused with those of their new homes. This particular activity supports a greater understanding of diversity and social cohesion, addressing issues of migration, coexistence, identity, and multiculturalism. 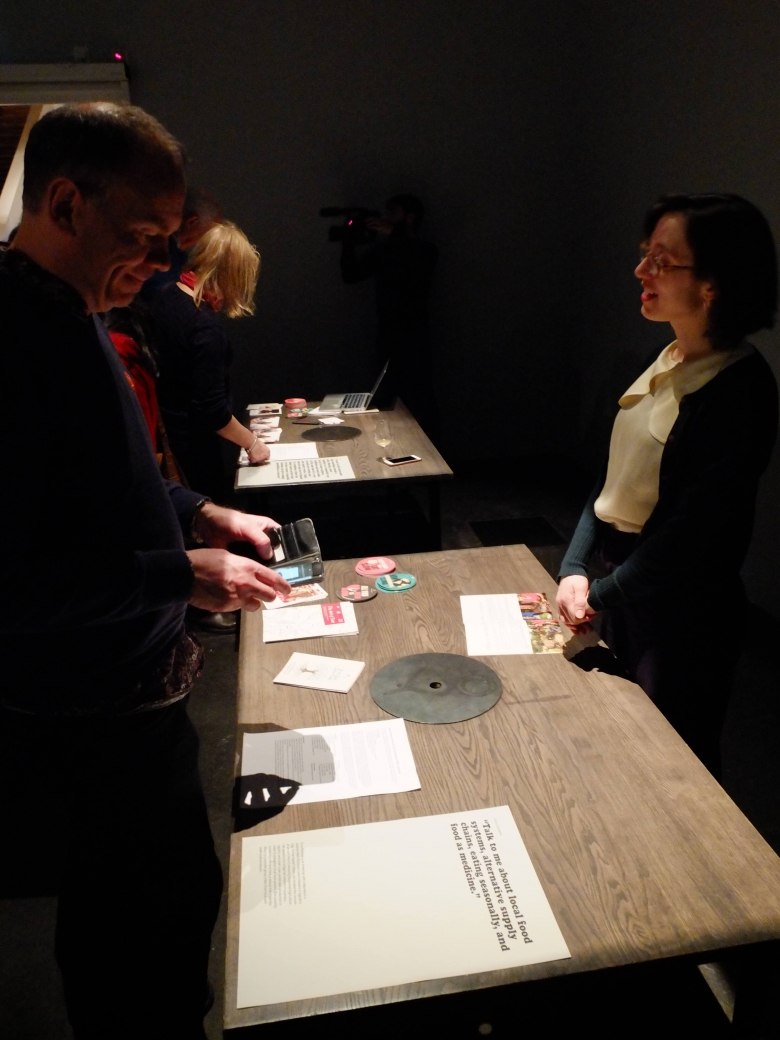 This occasion also marked the launch of the Chef’s contest, another activity in the frame of the project. Chefs in Sweden and Italy are asked to help safeguard and promote gastronomic cultural heritage by creating recipes inspired by the European Year of Cultural Heritage and Slow Food’s work protecting biodiversity. Chefs can now register here.

About the “Food is Culture” project:
The Food is Culture project aims at making European citizens aware that food heritage is a means of expressing their belonging to Europe and better understanding the wealth and uniqueness of Europe’s cultural diversity. The project entails several activities, such as a travelling multimedia artwork, the Food Tales with migrants, contests in schools and with chefs, as well as the drafting of EU policy papers, a component of the project which is led by Europa Nostra. In the coming year, the multimedia artwork will be on display in Belgrade, Brussels, and the little Italian town of Pollenzo, home to Slow Food’s UNISG – Università degli Studi di Scienze Gastronomiche.
You can find more information here