Home News “There is no Brexit in Europa Nostra”

“There is no Brexit in Europa Nostra”

Europa Nostra hosted a webinar with some 40 members and partners from the United Kingdom on 28 September. This was the first in a series of online meetings that Europa Nostra is planning to organise regularly with members, partners and supporters from various European countries, as part of our strategy to stay closer together while being physically apart. The participants discussed opportunities for Europa Nostra UK members to contribute to and benefit from the work of Europa Nostra, and raised questions about how our European civil society network will continue to support the UK post-Brexit. Europa Nostra’s Executive President Hermann Parzinger and Secretary General Sneška Quaedvlieg-Mihailović hosted the webinar. Sara Crofts, Chair of Europa Nostra UK, made the opening and the concluding remarks. Graham Bell, Director of Cultura Trust and Board Member of Europa Nostra, moderated the discussion. 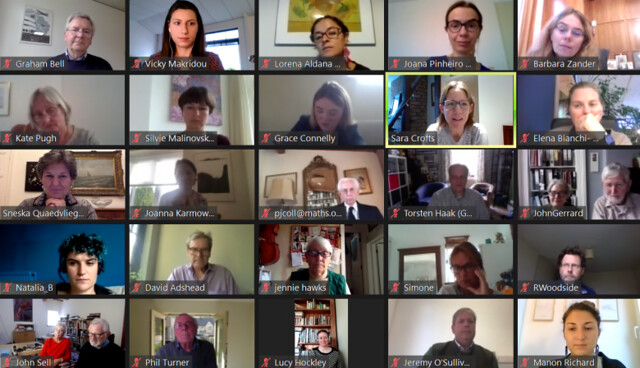 The relationship between Europa Nostra and the UK was portrayed from a very personal approach by Sneška Quaedvlieg-Mihailović, who recounted her first day working with the organisation in December 1991. The Secretary General described her meeting with UK member Sir Christopher Audland, former Vice-President of Europa Nostra, who unfortunately passed away in 2019. She recalled his passionate negotiations to enrol the UK into the European Union and dedicated the meeting to his memory, as a symbol of the deep and emotional connection between Europa Nostra and the UK.

“There is no Brexit in Europa Nostra. Whilst Europa Nostra regrets the circumstances which led to the UK leaving the European Union, there will be no impact on Europa Nostra’s support and treatment of the UK,” emphasised the Secretary General of Europa Nostra. “Europa Nostra is not a European Union organisation, but a civil society organisation that represents cultural heritage for all of Europe. The inclusive and diverse philosophy of the Europa Nostra was, and still is, an antidote for extremism and nationalism, celebrating and protecting the united and deeply entwined heritage of Europe. Only with a united Europe will we be able to face the global challenges, such as the current COVID-19 pandemic and the ever-increasing threat of climate change,” she added.

The first question, asked by Europa Nostra UK Support Officer and SPAB Training Officer Grace Connelly, enquired what Europa Nostra considers to be the UK’s distinctive contribution to the organisation, and how Europa Nostra sees the UK continuing to contribute post-Brexit.
Sneška Quaedvlieg-Mihailović responded that “the UK and their heritage organisations held extensive and valuable experience and knowledge in the sector”, expressing the importance of the UK since the formation of Europa Nostra in 1963 in contributing to European policy and advocacy for cultural heritage.
The Secretary General added: “Other countries in Europe should take inspiration from the UK’s structure that enables a strong voice for civil societies”.
Hermann Parzinger reassured the members: “The relationship between Europa Nostra and the UK will not change in the face of Brexit. I hope the UK will continue to contribute as valuably and passionately as they have previously done”. 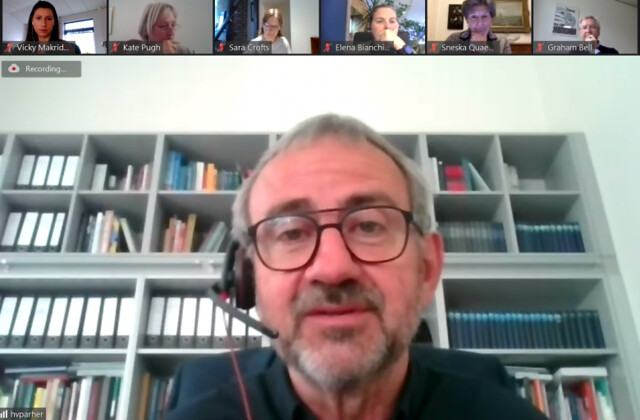 The second question was asked by Kate Pugh, Secretary of Europa Nostra UK, who raised concern about the common shorthand reference of Europe as the ‘European Union’, particularly in relation to Europa Nostra’s online communications. Kate Pugh questioned how current and prospective members in the UK can play a key part in Europa Nostra’s missions, and not be marginalised in such ways.
Europa Nostra’s Executive President responded: “Whilst the relationship with the European Union is a strong and important one within the organisation, it does not dictate the missions of Europa Nostra nor governs its work. The primary mission of Europa Nostra is to unite Europe in their goal to campaign and protect Europe’s cultural heritage”.
In response to the second facet of the question, Sneška Quaedvlieg-Mihailović encouraged the UK to continue to remain a key voice for Europe’s cultural heritage and to be confident and take initiative in the sector. From this, the relationship between Europa Nostra and the UK will continue to grow and strengthen.

Following on from the previous question, Torsten Haak, Executive Director at Glasgow Heritage Trust, expressed concern about the future of funding, as many of the activities of the society are funded by the European Union. He suggested that in the preparation of the new strategic plan, Europa Nostra should concentrate on ensuring future funding is made available to all European countries, not solely to those in the European Union.
Sneška Quaedvlieg-Mihailović began by stating that “the future of some current projects will be decided by the deal made between the UK and the European Union”, and reminded the members that “programmes such as Creative Europe are not exclusive to European Union countries, and are open to all who contribute financially to the programme”.
The Secretary General expressed the need for the UK to continue to advocate for and apply pressure on the government to include provisions for funding such programmes, explaining that a number of non-EU member states have very developed relationships and possibilities for funding from the EU.
Finally, Sneška Quaedvlieg-Mihailović informed everyone that Europa Nostra would continue to support the UK in their advocacy for cultural heritage, and encouraged all UK members to be in contact with Lorena Aldana, European Policy Coordinator for Europa Nostra, who would continue to support the UK through her policy and advocacy missions. 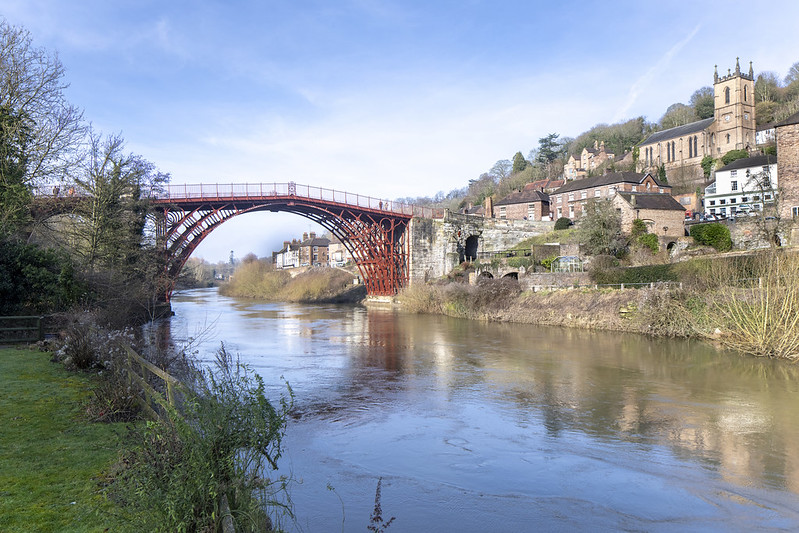 Continuing the discussion about the differential relationships between EU and non-EU countries within Europa Nostra, Secretary-General of the International National Trusts Organisation, Catherine Leonard, enquired about whether the UK should attempt to build relationships with other non-EU countries that are involved with Europa Nostra.
Sneška Quaedvlieg-Mihailović responded: “Whilst the UK should offer advice and guidance to those countries which could benefit from their experience and knowledge, there should not be and will not be a definition or sub-group between those countries within Europa Nostra who are in the EU and those that are not. Europa Nostra prefers to advocate for an inclusive Europe. The aim of Europa Nostra is to break down walls, not build them.”

The next question, raised by Europa Nostra UK committee member Jamie Davies, related to Europa Nostra’s mission to increase engagement with young people in Europe. He asked if it was possible for Europa Nostra to organise a regular series of meetings to better ensure that country representations are actively expanding their young membership and providing opportunities for networking and career development.
The Secretary General emphasised that “engagement and encouragement of Europe’s Youth is one of Europa Nostra’s main priorities” and expressed her happiness at the current development of useful and beneficial partnerships with youth heritage organisations such as the European Students Association for Cultural Heritage and The Future is Heritage.
“By joining forces, Europa Nostra intends to mobilise a large European movement of young heritage professionals and students to contribute to shaping the future of the heritage world while providing them with the tools and opportunities to build their capacity. The contribution of the UK towards this mission is evident and can be an inspiration for other countries – the largest group of Young members being in the UK, and considering their recent events engaging with young members. Europa Nostra is also currently reshaping its Digital Agora, an initiative born out of the pandemic, which will soon devote communications towards young members and offer opportunities for Europe’s young people,” emphasised Manon Richard, Projects Officer at Europa Nostra.

Following the concern about Europa Nostra events and future engagement with the UK, Natalia Bain, Marine Archaeologist at Wessex Archaeology and Europa Nostra Young Member, asked how Europa Nostra UK can work with Europa Nostra to ensure events are developed which better include representation from across Europe.
Europa Nostra Secretary General replied: “Europa Nostra will continue to make events possible online as well as in person, in order to counter geographical distances and involve as many members as possible, thus increasing networking opportunities for young members. Europa Nostra is also developing innovative, smaller events that will run alongside the Summit in Belgium next year, with the express aim of connecting groups across Europe and enabling networking across borders”.

The penultimate question was asked by Jennie Hawks, Trustee Secretary of the Building Crafts and Conservation Foundation, whose question concerned the Future for Religious Heritage, a pan-European network for historic places of worship, and their work in preserving the future of heritage skills and artisans. Jennie’s question was principally about access to funding after the UK’s departure from the European Union, and concern for the continuance of established networks.
Sneška Quaedvlieg-Mihailović again emphasised the importance of UK members and organisations in demanding funding support for heritage at a government level, expressing the importance of such action. The Secretary General voiced her sincere hope that the UK would continue to expand and utilise established networks to benefit the increased protection of Europe’s cultural heritage, particularly in relation to the growth of heritage skills and artisans. 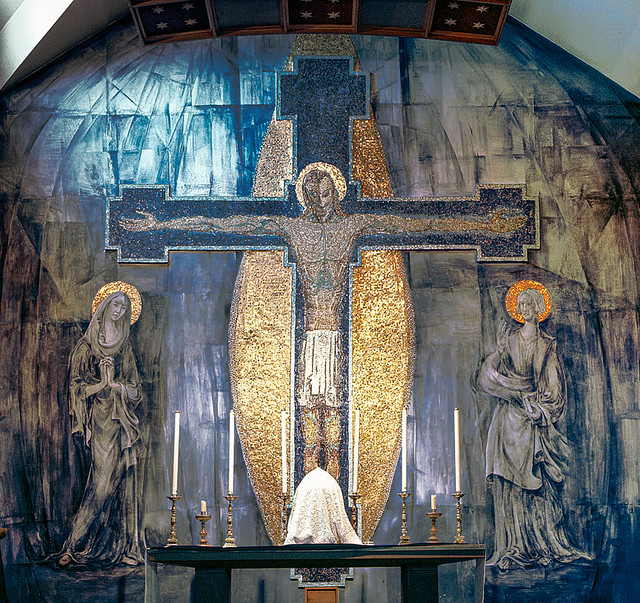 Sara Crofts, Chair of Europa Nostra UK and Director of ICON, raised the final question, asking how UK members could best contribute to Europa Nostra’s climate action agenda. She explained that climate change is an incredibly important subject to the UK heritage sector, and is the focus of the Europa Nostra UK AGM on October 7th. Chiefly, Sara was interested in how the UK might contribute to the European Union’s Green Deal through Europa Nostra.
Sneška Quaedvlieg-Mihailović replied: “The global impact of climate change on cultural heritage surpassed those challenges faced in the recent ongoing pandemic. Heritage must shape and contribute to the climate change debate and UK representatives of Europa Nostra must continue to influence the governmental policies and action surrounding this issue. Certainly, the upcoming COP 26 held in Glasgow in 2021 will be an opportunity for the UK to contribute to the global fight against climate change”.
Europa Nostra’s Secretary General relayed “the importance of demonstrating that climate change is not only seriously harmful to cultural heritage across the world, but that it can also be a key player in the mitigation of the global threats of climate change. The European Union is one of the leading players in this global mobilisation and as such, at Europa Nostra, we like to work together in partnership, sharing knowledge, expertise and passion, to fight the common cause with a strong and united front”.

The meeting was concluded with remarks from Sara Crofts, who stated that the discussions demonstrated that politics do not come between our shared passion and enthusiasm for Europe’s cultural heritage. Sara thanked Sneška and Hermann for their honest and passionate answers, and all the staff at Europa Nostra for facilitating the meeting. Finally, Sara, Sneška and Hermann thanked all the members and supporters who attended for their contribution towards the discussions and expressed their hopes that they would continue to share their passion for European cultural heritage, which continues to connect us all.