José Tolentino Mendonça, a great man of culture and a great European from Portugal, received the Helena Vaz da Silva European Award for Raising Public Awareness on Cultural Heritage 2020 at a ceremony held on 23 October at the Gulbenkian Foundation in Lisbon. In his eloquent acceptance speech, the Archivist and Librarian of the Holy Roman Church made a strong appeal: “Let us protect the cultural heritage that books represent. Books are maps that help us decipher where we came from, but they are also telescopes and probes pointing to the future”. The United Nations Secretary-General António Guterres and the President of the Portuguese Republic Rebelo de Sousa paid tribute to the winner, in video messages broadcast during the ceremony. Europa Nostra Secretary General Sneška Quaedvlieg-Mihailović participated virtually in the ceremony, which was held for a restricted group of attendees, but live streamed on social media. 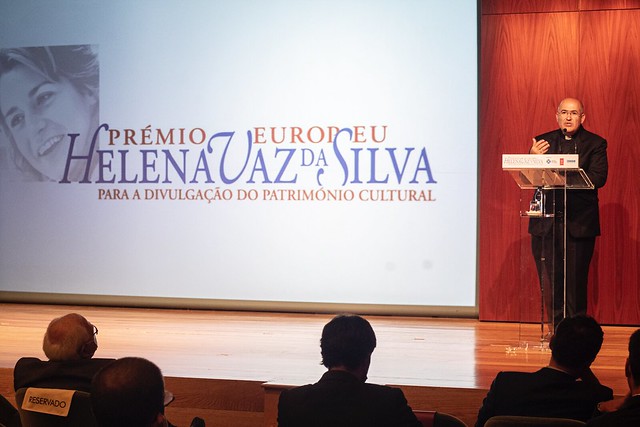 Cardinal Tolentino Mendonça, in his acceptance speech, stated: “Books not only make us readers; they also make us citizens. The history of Europe is inseparable from the books that have constituted its way of creating culture, science, spirituality and thinking – from the invention of the book to the present day. We cannot look at European identity and its original values without connecting with the world of books that, over the ages, have helped to overcome ideological monolithism, the narrowness of horizons and the inconsistency and limits of vision. The most extraordinary dimension of the European project was not the result of military conquest, an economic or merely political union. Books have made Europe.”

Poet and writer, theologian, university professor, Member of the Pontifical Council for Culture, and Archivist and Librarian of the Holy Roman Church – the scholarship, the cultural production and the career path of Tolentino Mendonça are remarkable at all levels.

The United Nations Secretary-General António Guterres, in a congratulatory video message, noted: “Today, we honour not only the scholar, the high-level cultural leader or the author, but also someone who makes culture cross borders and universes, who inspires those who hear him and read him, regardless of their level of education or of the convictions that they have. I believe that in doing so, Cardinal Tolentino de Mendonça contributed to fulfilling a purpose that is also a motto of the distinguished entity of the United Nations – UNESCO: ‘Building peace in the minds of men and women’”. 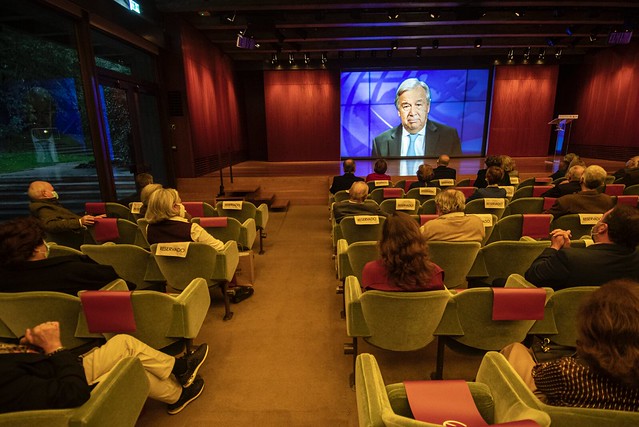 Sneška Quaedvlieg-Mihailović conveyed a special message to the winner on behalf of Europa Nostra, and in particular on behalf of Europa Nostra’s members of the Helena Vaz da Silva Award Jury. “Tolentino Mendonça’s work reminds us that (…) we cannot build the future of Europe if we do not ensure an enlightened communication within our society and if we do not take proper care of the memory and of the heritage of Europe, both cultural and natural, both tangible and intangible, both secular and spiritual. We are therefore delighted that, from now on, we at Europa Nostra shall be able to lean on the poetry and on the wisdom of Cardinal José Tolentino Mendonça to guide us and to support us in our vital mission and action,” she affirmed. 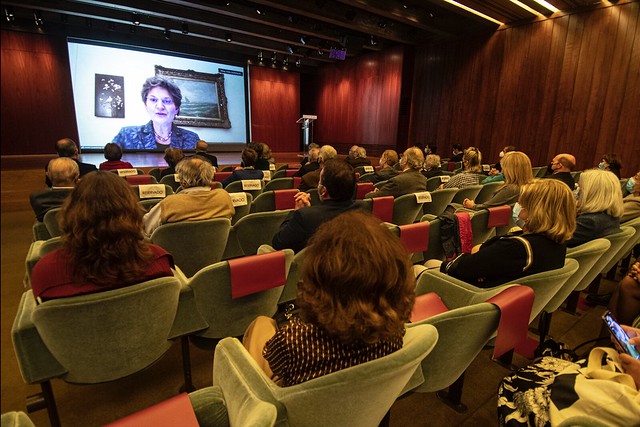 Europa Nostra’s Secretary General highlighted that it is not by chance that Tolentino Mendonça is receiving the Award in the year when we celebrate the 250th anniversary of another great European, Ludwig van Beethoven. With his immortal Ode to Joy, which has also become the Ode to Europe, Beethoven urged humankind to “change the tone” and to cherish and spread the joy of fraternity. “Therefore it can’t be a mere coincidence that Pope Francis has published this year his new encyclical entitled ‘Fratelli Tutti’ – ‘Brothers All’”, she noted.

(The full video of the Ceremony – in Portuguese – can be watched here. Europa Nostra’s Secretary General speaks – in English – as of minute 53:45).

LIVE #HelenaVazDaSilvaAward – Closing remarks by the President of Portugal @rebelosousaofc “We need voices such as the one of Tolentino de Mendonça that demonstrate the unending bond the European values of tolerance and the ethical and political emergencies of today’s Europe.” pic.twitter.com/Dy73iwkJQm

The President of the Portuguese Republic Marcelo Rebelo de Sousa, in a congratulatory video message, emphasised: “We need voices, such as the one of Dom José Tolentino, that demonstrate the unending bond between memory and everyday life, between the European values of tolerance and the ethical and political emergencies of today’s Europe.”

In her address, the Minister of Culture Graça Fonseca, evoked the memory of Helena Vaz da Silva and her notable contribution to culture. “As one of the pioneers of cultural journalism in Portugal, Helena Vaz da Silva made new paths for journalism and the dissemination of culture, at a time when doing so was a courageous and visionary act. As President of the National Commission of UNESCO, she played a fundamental role in the defense, preservation and dissemination of cultural heritage, assumed as a cause. As President of the Centro Nacional de Cultura, with an indefatigable energy, she demonstrated that it is possible to combine cultural demand and quality with openness to new ways of making culture and attracting new audiences. As a European MEP, she made her mandate an intense and continuous time of cultural initiative and political imagination”.

The Helena Vaz da Silva European Award was established in 2013 by Europa Nostra and its country representation in Portugal, Centro Nacional de Cultura – which this year celebrates its 75th anniversary –, in cooperation with the Clube Português de Imprensa. The Award has the support of the Portuguese Ministry of Culture, the Calouste Gulbenkian Foundation and Turismo de Portugal.