The ceremony for the Young Archaeologists’ Club (YAC), winner of a EU Prize for Cultural Heritage / Europa Nostra Award 2015 in the category Education, Training and Awareness-Raising, was the focal point of a day of celebrations showcasing the best of British archaeology on 9 November 2015. The event took place at the prestigious British Academy, the UK’s national body for the humanities and social sciences, at their impressive premises in London’s Carlton House Terrace, and was honoured by the presence of Jeremy O’Sullivan, Cultural Attaché at the European Commission Representation in the UK. Members of the Europa Nostra UK Committee also joined the celebrations, which saw more than 130 heritage professionals and interested members of the general public come together to mark the Club’s outstanding heritage achievement. 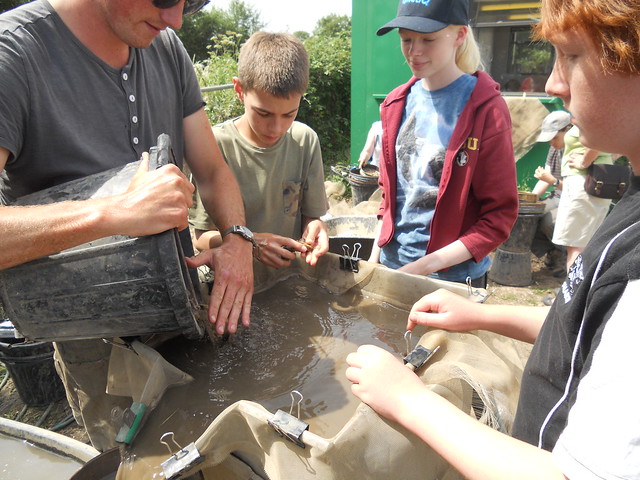 The presentation ceremony, coordinated by the Council for British Archaeology (YAC’s parent organisation), was chaired by Helen Maclagan, Vice Chair of the Council and the UK National Commission for UNESCO’s Director for Culture. She noted that “it is great to see European recognition for YAC, which has delivered benefits to so many young people over the past 40 years.” Helen Maclagan continued by praising the inclusivity of the Club, which caters for a large number of young people with additional needs including autistic spectrum disorders, dyspraxia and attention deficit disorders.

Kate Pretty, founder of the Young Archaeologists’ Club in 1972, spoke with great enthusiasm about the ethos behind starting the Club and its essential role in nurturing, developing and promoting involvement in archaeology and heritage amongst young people.

Peter Collins, Chairman of Europa Nostra UK, praised the incredible achievements of the Young Archaeologists’ Club and reiterated the comments of the Awards jury: “The dedication that goes into the planning of activities and longer-term structure of the organisation is truly noteworthy and it is no surprise that a high percentage of members go on to study archaeology and work in this field.”

Nicky Milsted, the current Communications Officer of the Young Archaeologists’ Club, stated: “Our volunteers are the real heroes of YAC. Without them, we wouldn’t be able to run our 70 local YAC clubs that meet in museums, universities, village halls and other venues across the UK. Our EU Prize for Cultural Heritage / Europa Nostra Award belongs to them. It belongs to them because between them, YAC was able to offer over 8,500 places for young people to do real archaeology over the last year. It belongs to them because across the YAC network, they contributed around 5,500 days of volunteer time over the last year. Our Award also belongs to the thousands of YAC members – past, present and future.”

One recent YAC alumnus, James Dilley commented: “After joining the Young Archaeologists’ Club I could spread my wings and be supported in all my early archaeology adventures. Today my replicas are on display at Stonehenge and I am reading for my PhD at Southampton University. Thank you YAC!”

After the ceremony, guests gathered together at an informal wine reception, before eminent archaeologist Professor Mike Parker Pearson presented the 37th annual Beatrice de Cardi lecture focusing on his team’s recent research on the Stonehenge landscape. Professor Parker Pearson has himself worked alongside YAC members on excavations, and is a great supporter of the Young Archaeologists’ Club.