Valletta begins its journey as European Capital of Culture 2018

On the evening of 19 January, Valletta put its best foot forward as it stepped into its new role as the European Capital of Culture 2018 (together with Leeuwarden in the Netherlands). Valletta is, in fact, the first World Heritage City in Europe to become European Capital of Culture. Its dramatic fortifications and Baroque palaces were resplendent under Malta’s golden sun as the city burst into a brilliant celebration of music, dance and light. Attended by no less than some 130,000 people – almost a third of the island’s population – Valletta and its narrow streets came alive as 1,000 artists and 450 production team members gathered under the spotlights of some 18 kilometres of fibre optics to celebrate Malta’s cultural traditions and its proud significant European history.

The Grand Hospital of the Knights of Malta, the gracious building that boasts the longest unsupported hall in Europe, hosted the official opening ceremony of Valletta 2018 on the evening of 20 January. The festive event kicked off with addresses from the European Commissioner for Education, Culture, Youth and Sport Tibor Navracsics, the President of Malta HE Marie-Louise Coleiro Preca, the Prime Minister of Malta Joseph Muscat, the Minister for Justice, Culture and Local Government Owen Bonnici and the Parliamentary Secretary for Consumer Protection and Valletta 2018 Deo Debattista. The welcome remarks were made by the Mayor of Valletta Alexiei Dingli and the Chairman of the Valletta 2018 Foundation Jason Micallef.

All high-level representatives had special words of their own which underlined the vision for Valletta which will not stop in 2018.

“The programme of Valletta 2018 is a catalyst for cultural change. We want to reach all people especially the youngest amongst us, because we are firm believers that only through culture can we hope to create a better future for everyone”, stated the Mayor of Valletta. 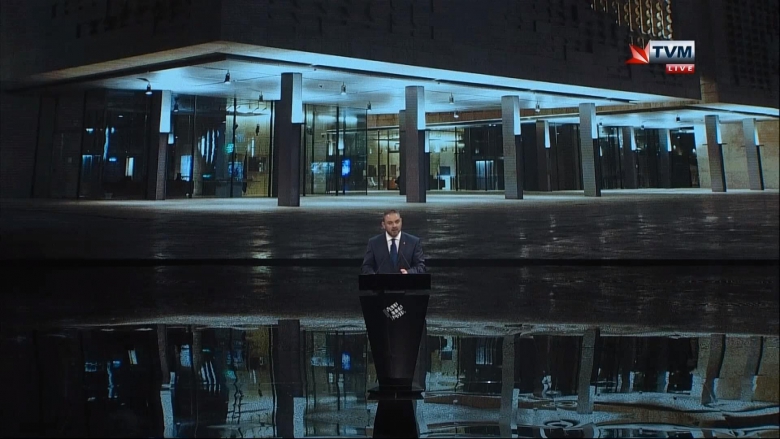 In his address, the Minister of Culture said that Malta will benefit from some 70 million euros allocated for cultural heritage, arts, media and the creative sectors in 2018. Together the cultural heritage sector contributed to some 7% of Malta’s GDP employing some 14,000 persons. Restoration works in Valletta and outside it, had resulted in some 10 kilometres of restored fortifications and important palaces, such as the Auberge de Castille, the facade of St. John’s Cathedral and many others were gleaming in renewed glory. According to Owen Bonnici, an ambitious project for the year was that of kickstarting the process to put Malta on UNESCO’s map for its intangible culture and heritage which has a special significance this year as Europe also celebrates the European Year of Cultural Heritage. 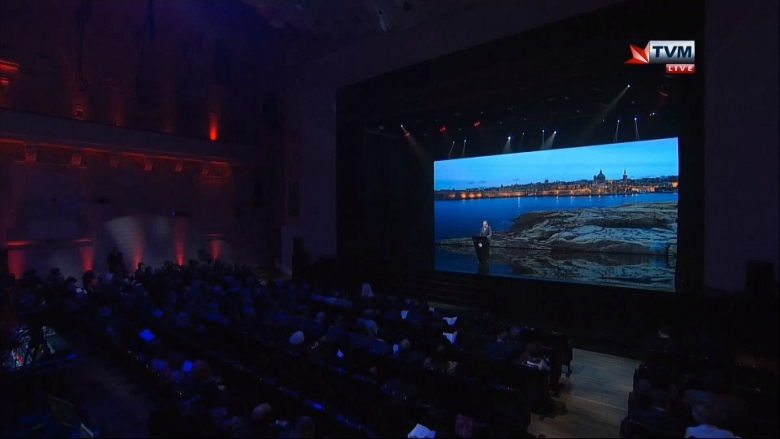 “Both the European Capitals of Culture and the European Year of Cultural Heritage 2018 are unique opportunities to safeguard and promote Europe’s cultural diversity, highlight our common values and underline how culture contributes to Europe’s society and its economy,” emphasised the European Commissioner for Culture. “I am convinced that Valletta will cherish the heritage of this year and will continue celebrating culture and art in the years to come, setting an example for the whole of Europe”, added Tibor Navracsics.

Simone Mizzi, Board Member of Europa Nostra and former President of Din l-Art Helwa, our Malta member organisation, represented Europa Nostra at the official opening ceremony. Set to the theme of the traditional Maltese ‘Festa’, celebrating history, religion, traditional crafts and food, its language and spectacular pyrotechnic art (fireworks) and coloured by the warmth of its hospitable and friendly people, the launch of Valletta’s Capital of Culture was deemed to be perhaps the most extensive artistic spectacle that Malta has ever seen drawing praise from locals and foreigners alike. The year of culture is set to multiply beyond Valletta to the most remote corners of the island archipelago, and to amaze all for the next 365 days of events, didactic information, networking and celebration. 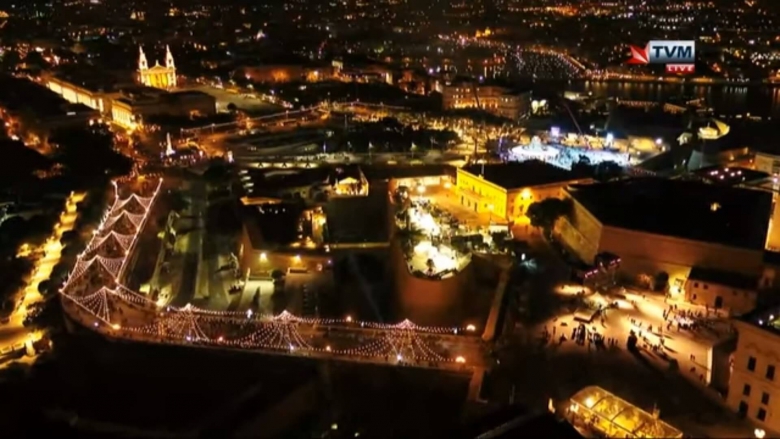 “Valletta is Europe’s smallest capital city but one with an extraordinary history and extraordinary beauty. I hope the pride and appreciation felt by all for Valletta, and its power to amaze and enthrall will live on, so that recognition of the great universal value it has for the world, and of the cultural heritage that it represents is shared and enjoyed for generations to come especially after this year, the European Year of Cultural Heritage when we are all sharing our heritage and our values. Above all I fervently hope that Valletta’s power to inspire, with the example of its historic legacy, protects the built and natural heritage that is being lost outside Valletta and elsewhere in Malta”, said Europa Nostra’s Board Member Simone Mizzi, who was born and raised in Valletta.

In Leeuwarden, celebrations will kick off on 26-27 January, with artistic installations and performances by professional and amateur artists across the city, and museums opening their doors to visitors throughout the Friesland region. European Commission First Vice-President Frans Timmermans will participate in the official opening ceremony on 27 January.