For the fifth year in a row, Europa Nostra co-organised the Destination of Sustainable Cultural Tourism Awards with the European Cultural Tourism Network (ECTN), the European Travel Commission (ETC) and the Network of European Regions for a Sustainable and Competitive Tourism (NECSTouR), which are all members of the European Heritage Alliance. The winners of the 2022 edition of the Awards were announced and celebrated during a ceremony held on 20 October in Krk, Croatia, in the framework of the ECTN 15th International Conference for Cultural Tourism in Europe. 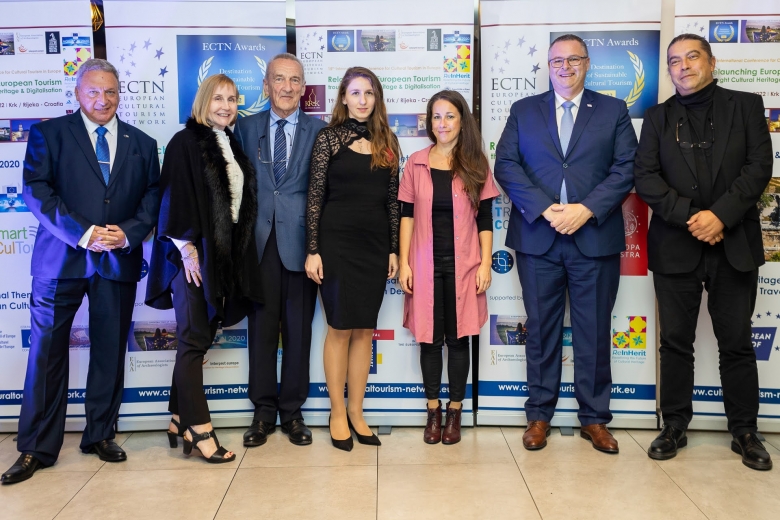 The Destination of Sustainable Cultural Tourism Awards enhance the visibility of European cultural tourism destinations, create a platform for sharing experience and knowledge, and promote networking between destinations. The 2022 edition focused on the theme of ‘Relaunching European Tourism through Cultural Heritage and Digitisation’.

Piet Jaspaert, Vice-President of Europa Nostra, took part in the ECTN Conference and presented the Prague Manifesto “For a Value-based and Culture-driven Europe” recently released by Europa Nostra, which contains the key policy messages formulated during the European Cultural Heritage Summit 2022 held in September in the Czech capital. In the context of the pressing challenges facing our continent – from the unjustifiable brutal Russian aggression against Ukraine and the increasing threats to democracy, peace and solidarity all over Europe, to the dramatic impact of climate change on our society and living environment – the Prague Manifesto stresses the fundamental and irreplaceable role of culture and cultural heritage as a vector to address these challenges. It puts forward 7 concrete and actionable proposals for culture and heritage to be fully recognised and deployed in building a value-based and culture-driven Europe. 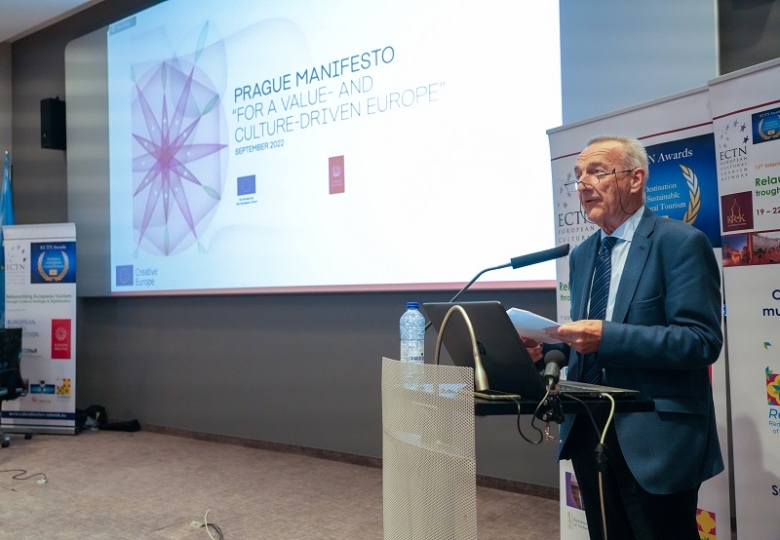 He also made an inspiring speech on the theme of the Conference highlighting that “cultural heritage is a powerful vector, a true resource for flowering destinations”. He stressed how cultural tourism, culture and cultural heritage can be sparring partners in looking for resilience in the face of the challenges of climate change and energy crisis.

The winners and runners-up were selected by a Jury composed of representatives of ECTN, the European Travel Commission, Europa Nostra, NECSTouR, the European Parliament CULT Committee and the Croatian Tourist Board, out of over 20 applications received from 13 European countries. Among the Awards Jury, Europa Nostra was represented by Piet Jaspaert, Vice-President, and Jimmy Jammar, Head of the Brussels Office.

The 2022 edition of the Awards also received support from the European Association of Archaeologists (EAA), Interpret Europe and the ReInHerit Horizon2020 CSA. The Awards contest was open to tourist destinations across Europe, to showcase their results and outputs in responsible and resilient cultural tourism under five categories.

Winners of the Destination of Sustainable Cultural Tourism Awards 2022

3rd prize:
Drywall heritage and sustainable cultural tourism at Baška valley
By Tourist Board of the Baška Municipality, Croatia

1st prize:
Rauna Medieval Castle – Preservation, Research and Promotion
By Department of the Culture and tourism in Smiltene region, Latvia

1st prize:
Development of “Saint Paul’s footsteps European Cultural Route” in Cyprus, Greece and Italy
By European Grouping of Territorial Cooperation (EGTC) “In the footsteps of St Paul, the Apostle of the nations” – Cultural Route, based in Greece

Special mention:
Cultural Route Becharac and Ganga
By City of Pleternica, Croatia and Municipality of Tomislavgrad, Bosnia and Herzegovina