Home News Work Plan for Culture 2019-2022: EU Ministers of Culture make the legacy of the European Year a priority

Work Plan for Culture 2019-2022: EU Ministers of Culture make the legacy of the European Year a priority

At the meeting of the Education, Youth, Culture and Sports Council in Brussels on 27 November, EU Ministers of Culture adopted, among others, conclusions on the Work Plan for Culture 2019-2022, stressing the importance of sustaining the legacy of the European Year of Cultural Heritage (EYCH) 2018. Ministers acknowledged that “the European Year of Cultural Heritage […] has considerably raised public and political awareness about culture and heritage in Europe, and the importance of taking this momentum forward to tap the full potential of the social and economic value of culture for Europe”.

During a press conference, Gernot Blümel, Federal Minister for the EU, Arts, Culture and Media of Austria, who chaired the meeting for the Austrian Presidency of the Council of the EU, briefly outlined the 5 priorities of the future Work Plan, which includes sustainability of the European Year of Cultural Heritage 2018, the contribution of culture and heritage to social cohesion, framework conditions for artists and the creative sector – here, with a focus on the digital economy -, gender equality and the development of a strategic approach to international cultural relations of the EU. 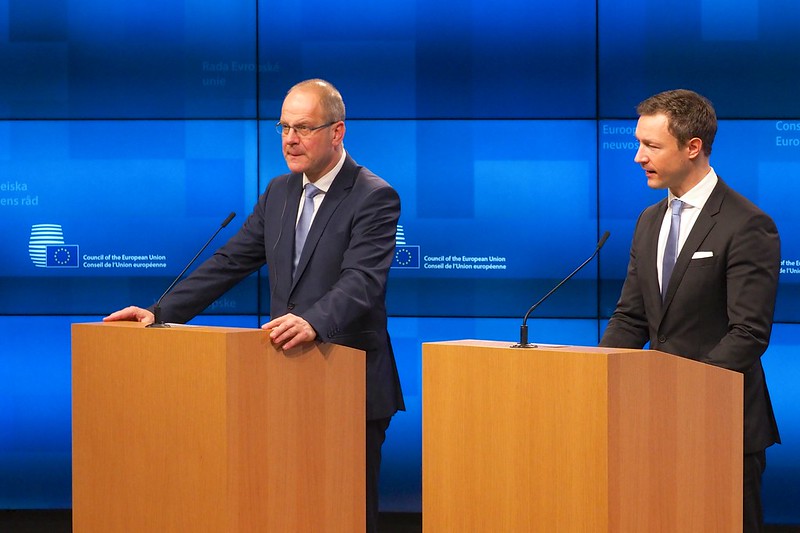 Tibor Navracsics, European Commissioner for Education, Culture, Youth and Sport, added that the Council Work Plan would enable cooperation at EU level on clearly defined priorities and actions. He stressed that it was “fully consistent” with the new European Agenda for Culture proposed earlier this year.

Europa Nostra’s Secretary General Sneška Quaedvlieg-Mihailović welcomed the adoption of the Council Work Plan with its strong emphasis on cultural heritage: “The Council Work Plan for Culture sets the right priorities. The European Year of Cultural Heritage has brought an unprecedented mobilisation among EU decision and policy makers, Member States’ authorities and – of course – among heritage stakeholders and communities. Europa Nostra has been continuously stressing the need to build on this momentum so as to sustain the legacy of the European Year, as demonstrated in the Berlin Call to Action: “Cultural Heritage for the Future of Europe” presented jointly with our German partners, the German Cultural Heritage Committee and the Prussian Cultural Heritage Foundation.” She therefore stressed that the ongoing commitment and engagement of members of the EYCH Stakeholders’ Committee and other members of the European Heritage Alliance 3.3 remain key for the proper implementation of the Council Work Plan.

For the first priority “sustainability in cultural heritage”, the Work Plan states: “Cultural heritage is both the manifestation of cultural diversity passed down from previous generations and a resource for sustainable cultural, social, environmental and economic development in Europe. Conservation, preservation and safeguarding, research, educational activities and knowledge transfer, financing, participatory governance and contemporary interpretation are key areas that will benefit from a comprehensive strategic approach. During the European Year of Cultural Heritage 2018, a large number of diverse activities took place all across Europe. To ensure its legacy, follow-up measures and mainstreaming activities need to be developed, including an Action Plan for Cultural Heritage by the Commission. The work of the European Year’s national coordinators should be taken into account as well.” In addition to the five priorities of the future Work Plan for Culture, digitisation and cultural statistics will be horizontal issues for cooperation.

The agreement reached by EU Ministers of Culture also spells out specific actions to be undertaken for each of the five priorities. As regards cultural heritage, cooperation at EU level will focus, among others, on the following topics which build on several of the European initiatives launched during the European Year of Cultural Heritage:

In view of the strong link with the European initiatives, Europa Nostra’s Secretary General commented: “We very much welcome the ambition to follow up on so many of the initiatives launched during the European Year of Cultural Heritage. What is needed is also personal continuity: many of the stakeholders and national coordinators for the Year have moved mountains to make the Year and its many initiatives such a big success. We hope that many of them will be able to continue their efforts and contribute to the follow-up work.” Sneška Quaedvlieg-Mihailović also confirmed that Europa Nostra as The Voice of Cultural Heritage in Europe would contribute to as many of the concrete actions as possible and closely follow the developments.

Under the current Work Plan for Culture, that covers the years 2015-2018, Europa Nostra participated in several dialogues for civil society that fed into the meetings of Member States’ expert groups. The collective input provided included a report on the contribution of culture to social cohesion, a report on skills and knowledge transfer as well as a report on participatory governance. More information about the strategic framework for EU cooperation in the cultural field is available here.