On the occasion of the second meeting of the newly formed Commission for Social Policy, Education, Employment, Research and Culture (SEDEC) of the Committee of the Regions, Europa Nostra organised a networking event around its photo exhibition ‘Europe: Our Past, our Future’, featuring a selection of winners of the EU Prize for Cultural Heritage / Europa Nostra Awards, in Brussels on 26 February 2015. 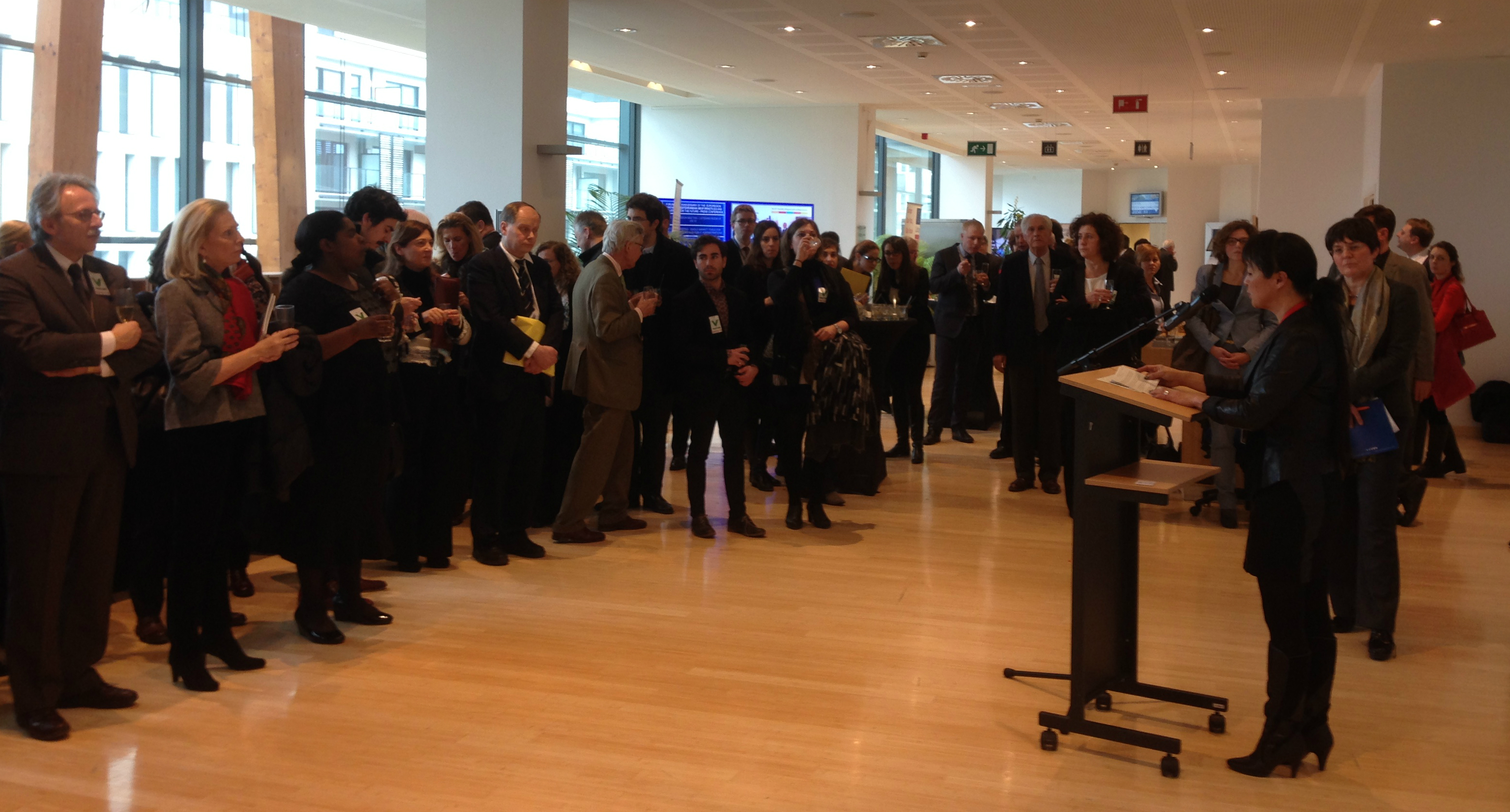 Yoomi Renström, Chair of SEDEC, at the Committee of the Regions in Brussels on 26 February.

Following a brief address to the Members of SEDEC, where she congratulated the Commission “on a very important opinion stressing the key role of cities and regions in the protection of cultural heritage”, Europa Nostra’s Secretary General Sneška Quaedvlieg-Mihailović invited everyone to take part in the event and look at the exhibition which displays exemplary achievements related to heritage conservation, research, dedicated service, as well as education, training and awareness-raising. This provided a welcome opportunity to bring together all EU institutions concerned with cultural heritage as well as representatives from many associations.

The local level and the role of regions is key in cultural heritage management and holding such an event within the Committee of the Regions was of great significance for future policies and projects. In welcoming all the participants to the exhibition, Sneška Quaedvlieg-Mihailović recalled: “Ten years ago, Europa Nostra organised an exhibition here, hosted then by the European Economic and Social Committee, marking an important phase of intense advocacy and development of a European strategy which is now supported by all EU institutions”.

Amongst the participants were Markku Markkula, President of the Committee of the Regions, and Yoomi Renström, Chair of SEDEC, who gave an inspiring speech to open the event. Renström shared her conviction that “culture and cultural heritage will remain high on our agenda”, stressing particularly that “in the context of the mid-term review of the Europe 2020 Strategy, we will continue to promote integration of the cultural heritage sector, culture and creativity into the related flagship initiatives”.

Joost van Iersel, President of ECO of the European Economic and Social Committee, Ana-Claudia Tapardel, MEP and Co-Chair of the Intergroup of the European Parliament on European tourism development, cultural heritage, Way of St. James and other European cultural routes, and several representatives of the European Commission Education and Culture Directorate General leaded by Karel Bartak, Head of Unit Creative Europe programme – Culture, and Jonathan Hill, Head of Cabinet of Commissioner Navracsics, were in attendance. Guy Clausse, Dean of the European Investment Bank Institute, also attended the event.

The Committee of the Regions is expected to hold a vote on the opinion ‘Towards an integrated approach to cultural heritage in Europe’ at its 111th plenary session on 15-17 April.

The Committee of the Regions’ SEDEC will also hold its first external meeting on 29-30 April in Santander in Spain, during which it will organise a conference on ‘Cultural heritage and sustainable tourism as key contributors to local and regional development’.

The photo and video exhibition ‘Europe: Our Past, our Future’ about the EU Prize for Cultural Heritage / Europa Nostra Awards can be visited at the Committee of the Regions until 13 March.

Opinion 'Towards an integrated approach to cultural heritage in Europe'

Awards Exhibition at the Committee of the Regions