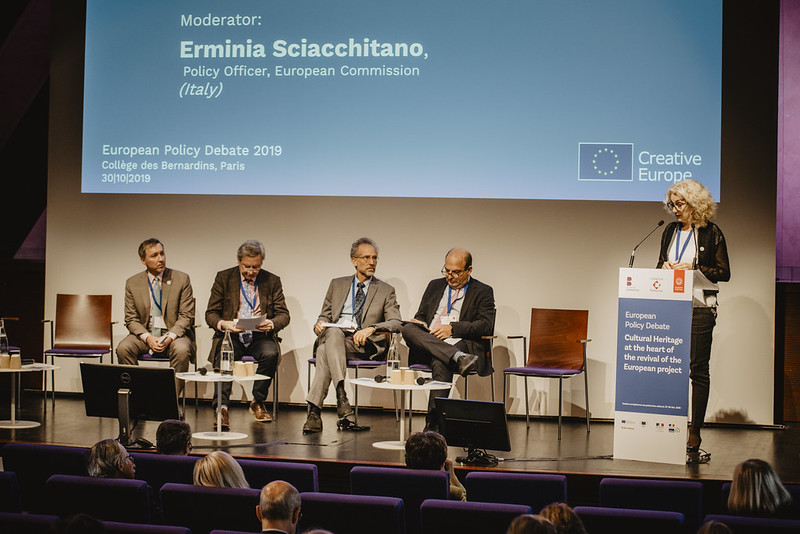 The third panel was entitled ‘Towards an ambitious European and global action plan to address climate change-related risks for cultural heritage’. The panel was a continuation of the International Conference “Climate Change impacts on cultural heritage: facing the challenge” organised in Athens on 21-22 June and the session on Cultural Heritage Partnerships to enable ambitious climate action organised by the Greek Government on 21 September in New York, ahead of the United Nations Climate Summit on 23 September. Likewise, the discussion built on the global launch of the “Climate Heritage Network Global” on 24 October in Edinburgh, all developments to which Europa Nostra actively contributed. 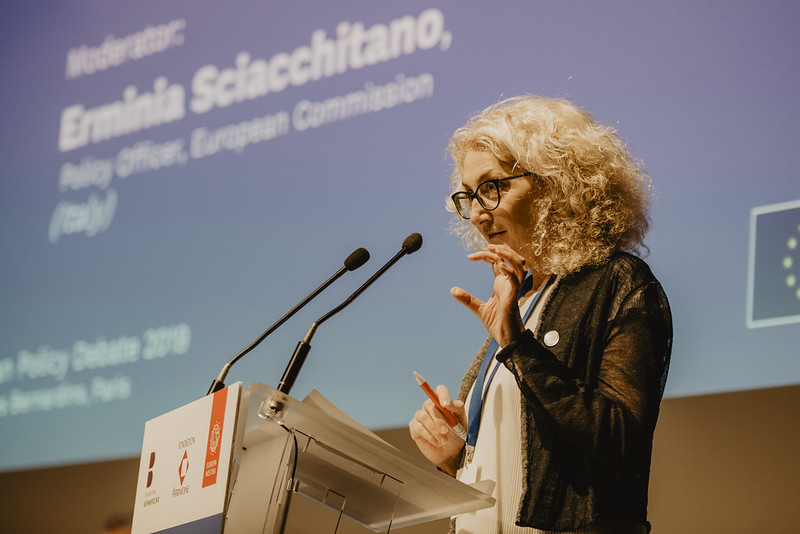 The panel was introduced by a keynote speech by Andrew Potts, President of the Climate Change and Heritage Working Group of ICOMOS. In his keynote speech, Andrew Potts highlighted the immense potential offered by cultural heritage to drive climate action and support just transitions by communities towards low carbon and climate-resilient futures. Climate change calls for planning with a multi-generational time horizon; it demands circular economy approaches that promote the reuse and conservation of resources; it requires creativity and cultural capital – and cultural heritage is especially suited to aid in all these areas. However, he noted that not enough cultural heritage professionals are currently contributing to climate action. To make cultural heritage fit for purpose in a changing climate, the heritage professional community should focus on implementing the priorities of the Paris Agreement; integrating nature and culture; placing indigenous communities at the centre, and better connecting their practice to climate science and broader climate policy-making.

Graham Bell, Director of Cultural Trust and Europa Nostra Board member reacted to the keynote speech by recalling the dual need to mitigate the impacts of climate change on cultural heritage as well as improving heritage’s resilience proactively before it has been impacted. He recalled that not only does the public need to act responsibly in terms of climate action, but also and firstly the heritage professional community. 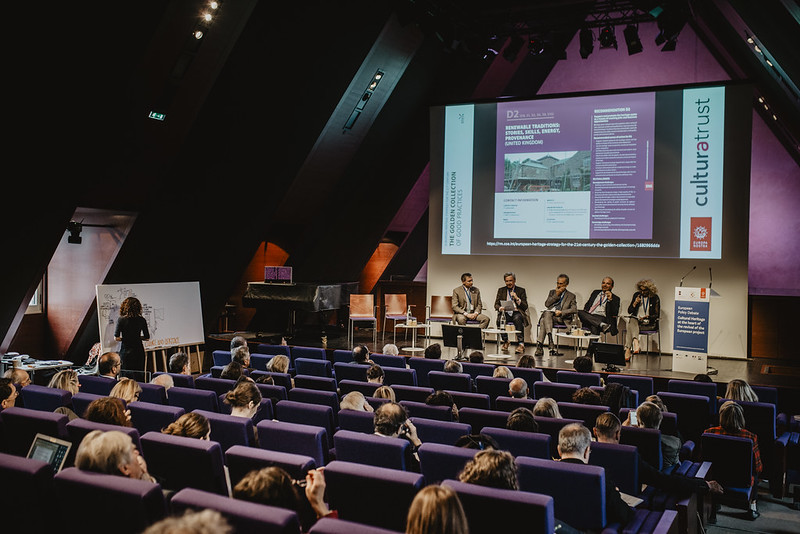 Paolo Vitti, expert from the University of Rome, highlighted Europe’s important expertise in the fields of climate change and cultural heritage, and reminded the need for Europe to face this problem in unison. He stressed our collective responsibility to approach the future in a different way, acknowledging that infinite progress is not possible. He also raised the importance of education as the basis of climate action, as well as the need to empower the younger generations. 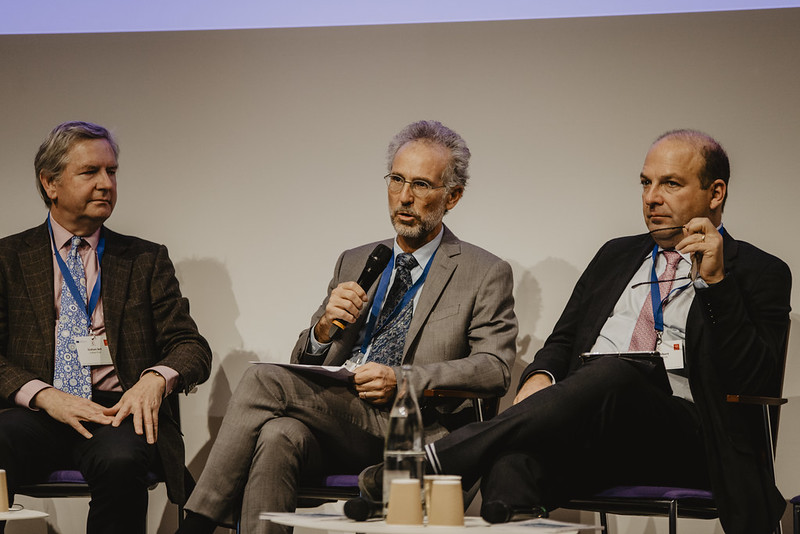 Justin Albert from the UK National Trust reminded the need for and the power of the ‘peoples’ congress’, or the importance of meeting and exchanging on climate action and cultural heritage, such as done at the European Policy Debate itself. He recalled the need for all stakeholders involved – from heritage professionals to policy-makers and governments – to be open-minded and embrace novel solutions to face the pressing problem of climate change. 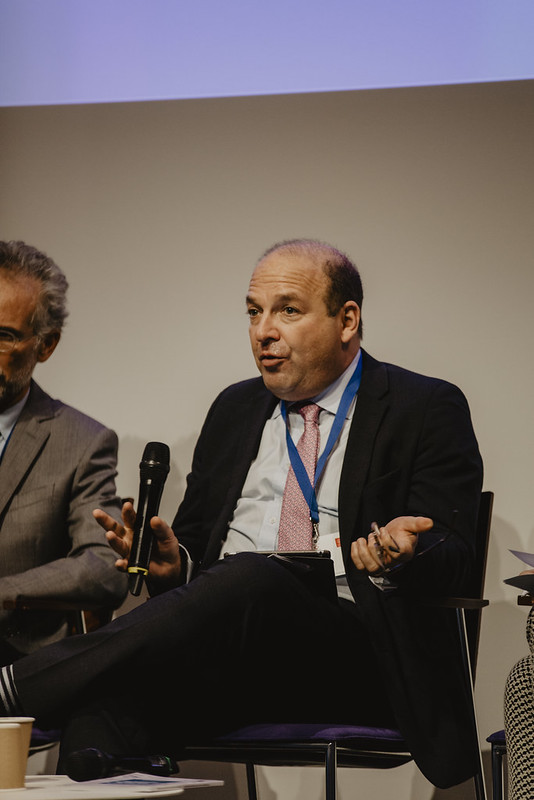 The panel was followed by a lively discussion between the speakers, moderators and the audience. A graphic facilitator illustrated the debate. 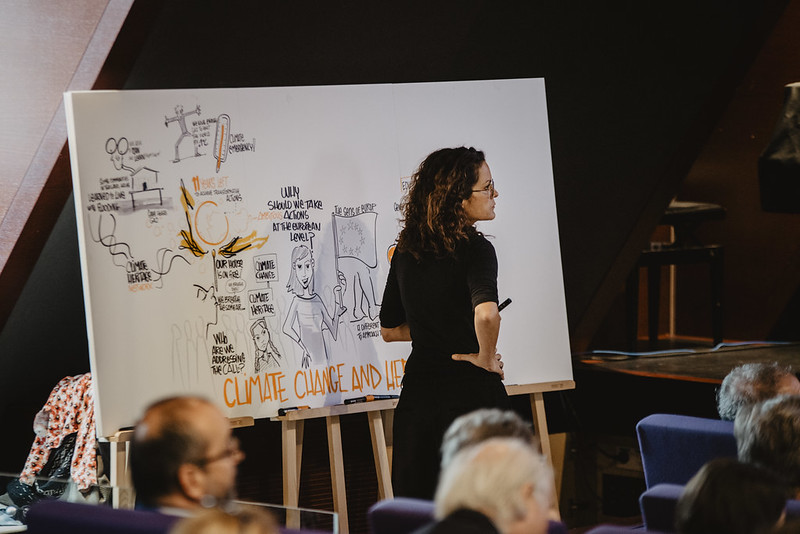