On 27 November, EU Ministers of Culture discussed among other items the future Creative Europe programme of the European Union 2021-2027 at the meeting of the Education, Youth, Culture and Sports Council in Brussels. During the brief debate about the progress achieved so far in the negotiations among EU Member States, the Austrian Presidency of the Council of the EU confirmed its commitment to achieving as much progress as possible by the end of its presidency in December 2018. Likewise, the incoming Romanian Presidency voiced its commitment to ensuring progress on this file in early 2019. 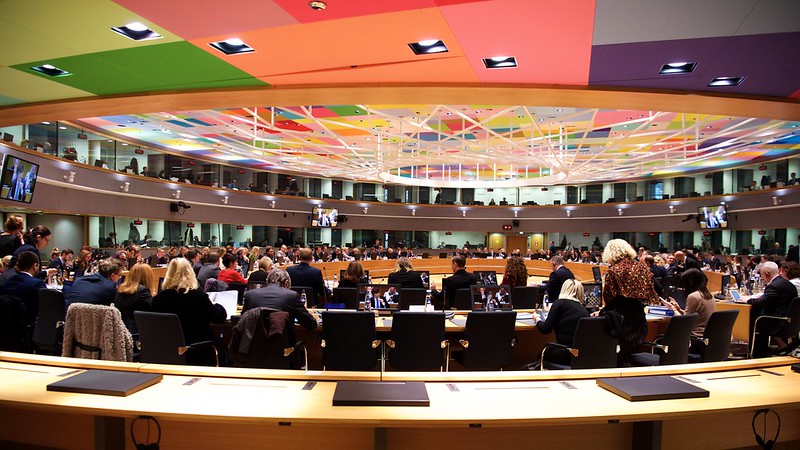 Tibor Navracsics, European Commissioner for Culture, stressed the need to conclude the negotiations soon and addressed concerns raised by some Member States about the Commission proposal, such as the seal of excellence, the access of third countries to the programme and the special funding for the European Union Youth Orchestra and the European Film Academy.

The Creative Europe programme is the only EU funding programme targeting exclusively Europe’s audiovisual, cultural and creative sectors. The current programme, which runs until 2020, provides for instance co-funding for cultural cooperation projects – such as Food is Culture – and several other initiatives such as the European Capitals of Culture, literary translations and the EU Prizes, including the EU Prize for Cultural Heritage / Europa Nostra Awards. Some of Europa Nostra’s activities also benefit from EU co-funding.

We urge EU Culture Ministers to follow @Europarl_EN resolution & double the budget of future #CreativeEurope programme & to use it to sustain the legacy of European Year of Cultural Heritage #EYCH2018#EuropeForCulture #EYCS @EU2018AT @ROMANIA2019EU @EUCouncil @europe_creative https://t.co/Di5in00jbQ

In May 2018, the European Commission proposed the future programme as a stand-alone programme with an increased budget of EUR 1.85 billion (see factsheet).

The European Parliament is currently preparing a report on the proposal. Rapporteur Silvia Costa MEP from Italy presented the draft report in the Committee on Culture and Education on 20 November. The report will be voted at committee level on 20 February 2019 (see also this European Parliament briefing for additional information). Prior to drafting the report, the rapporteur invited the cultural and creative sectors to provide specific input on the occasion of a stakeholders’ meeting on 25 September to which Europa Nostra also contributed.

In the meantime, the European Parliament adopted an interim report on the future multiannual financial framework of the EU. Here, it called for a substantial increase of the future Creative Europe programme. Prior to the plenary vote and adoption of the report, 80+ organisations from the cultural and creative sector had sent a joint letter to all Members of the European Parliament. Europa Nostra, together with several members of the European Heritage Alliance 3.3, was among the signatories of this letter which had been initiated by IMPALA.

Two consultative bodies of the EU are also preparing their opinions on the future programme. The European Economic and Social Committee (EESC), which brings together representatives of Europe’s socio-occupational interest groups, will adopt its opinion at the plenary session on 12-13 December. The draft opinion was recently published. Europa Nostra participated in a mini-hearing on the Creative Europe programme organised by the EESC on 23 October so as to feed into the drafting process. Here, Europa Nostra emphasised the need to ensure the legacy of the European Year of Cultural Heritage 2018 through the future programme by providing continued support to cultural heritage stakeholders. Europa Nostra also shared the Berlin Call to Action: “Cultural Heritage for the Future of Europe” with the Rapporteur of the opinion Emmanuelle Butaud-Stubbs.

The European Committee of the Regions (CoR) – the EU’s assembly of regional and local representatives – will adopt its opinion also at its next plenary session on 6 February 2019. This opinion also covers the new European Agenda for Culture.