Europa Nostra invites you to watch the concert “ALPHA MISSION – ΔELOS & The [uncertain] Four Seasons” from the World Heritage Site of Delos, Greece. This concert marks the inauguration of the ALPHA MISSION – ΔELOS, an initiative that aims to raise awareness globally about the urgent need for the regeneration of our planet, of which Europa Nostra is a proud European partner. It will be livestreamed and subsequently broadcasted by Arte TV on the very day it celebrates its 30th anniversary.

Europa Nostra congratulates the World Human Forum and its President Alexandra Mitsotaki for the launch of the Alpha Mission – Δelos initiative and the organisation of this exceptional concert.

The island of Delos, a World Heritage Site threatened by climate change due to rising sea levels, will host for the first time in its thousands of years of history, a classical music orchestra for a broadcast concert of international scope and great symbolic value.

Our partner, the European Union Youth Orchestra (EUYO) together with musicians from all over Europe, and with soloists including the Ukrainian rising star Diana Tishchenko (violin) and the Greek virtuoso Sokratis Sinopoulos (lyra), join their forces in a programme specially designed to underscore the uncertainty about the future of our planet, if we do not act urgently.

The concert features the ‘Floating Autumn’, an algorithmic re-composition by Italian composer Carmen Fizzarotti of Autumn from Vivaldi’s The Four Seasons, informed by current climate change predictions for 2050 to portray in music the coming catastrophic climate effects. The re-composition, world premièred during the European Cultural Heritage Summit 2021 in Venice, was created as part of ‘The [Uncertain] Four Seasons’, a global project designed to persuade political leaders to sign the Leaders Pledge for Nature, a pledge committing to reversing biodiversity loss by 2030. 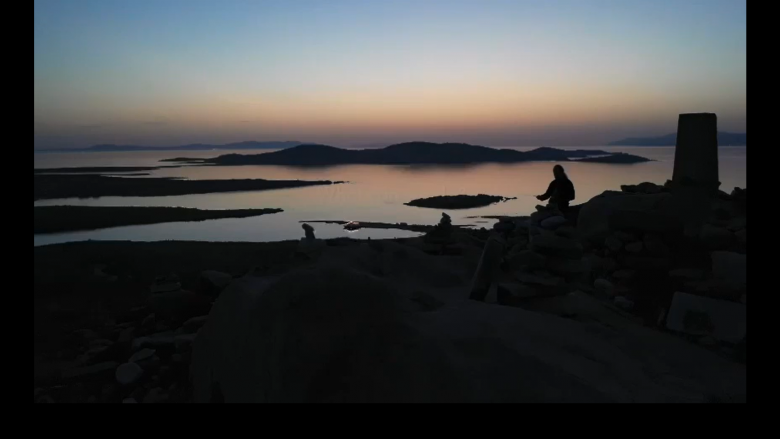 It will also be also projected onto big screens in the following places:

– Town Hall of Mykonos, Greece
with the presence of Sneška Quaedvlieg-Mihailovic, Secretary General of Europa Nostra

– Megaron Concert Hall in Athens, Greece
with the presence of Lydia Carras, Council Member of Europa Nostra and President of ELLINIKI ETAIRIA – Society for the Environment and Cultural Heritage (ELLET), Europa Nostra’s Country Representation in Greece

– Campo San Lorenzo, Venice, Italy
with the presence of Carla Toffolo, Board Member of Europa Nostra

For those who can’t follow the event live, it will also be broadcasted on ARTE’s Sunday TV concert on 5 June at 17.25 CET in Germany and 18.25 CET in France.

The recording of the concert will remain available on arte.tv until the end of summer.

Europa Nostra congratulates ARTE on its 30th anniversary wishing this exemplary European cultural TV channel many more years of creative work with the aim of enriching and inspiring the hearts and minds of its viewers and of better understanding the complex realities of our Europe and our Planet.

The ALPHA MISSION – ΔELOS concert is a coproduction of the World Human Forum and ARTE in partnership with the European Union Youth Orchestra (EUYO), Europa Nostra, the Hellenic Space Center, the National Research Centre for Natural Sciences “Demokritos”, the Hellenic Foundation for Culture, Megaron – the Athens Concert Hall and the Ephorate of Antiquities of Cyclades.