2021 marks the bicentenary of the birth of Pauline García Viardot, a great singer and one of the main founders of the Europe of Culture. On Sunday, 18 July, Europa Nostra, in association with the Institut de France and the European Music Centre celebrates the memory of this extraordinary woman who inspired many French and foreign artists through her multiple talents. Placed on the list of national commemorations by the Institut de France, the bicentenary of the birth of Pauline García Viardot has received the High Patronage of the French President Emmanuel Macron. In this context, the Secretary General of Europa Nostra, Sneska Quaedvlieg-Mihailovic, has joined the Honorary Committee overseeing the bicentenary.

From now until the Villa Viardot is inaugurated in the spring of 2022, the memory and exceptional work of Pauline García Viardot will be honoured by a rich and varied programme of cultural events in France: in Bougival, Paris, Melun and Nohant. Events will also take place across Europe, in Lisbon, Moscow and Saint Petersburg, Sevilla and Stockholm. This artist represents a Europe of arts, values, ideas and cultural diversity, highlighting the foundations of our heritage, our history and our European identity. Europa Nostra would like to invite its wide network to join in the tribute and to actively participate in the proposed events.

In addition to these numerous events, an exhibition offering a selection of drawings, scores and photographs in tribute to Pauline García Viardot has been on show in the heart of Paris since the beginning of July 2021, organised by the Musée de la Vie romantique. On Thursday 15 July, the Pauline García Viardot garden was inaugurated in the green space adjoining the Louise Walser Gaillard library, located on rue Chaptal in the 9th arrondissement, in the presence of the Mayor of Paris Anne Hidalgo, the Mayor of the 9th arrondissement Delphine Bürkli and Jorge Chaminé. The Church of Bougival will also host the European Heritage Days on 18 September 2021 with an organ concert. The Institut de France will organise a symposium on 15 October 2021 on the importance of Pauline García Viardot to European cultural history. 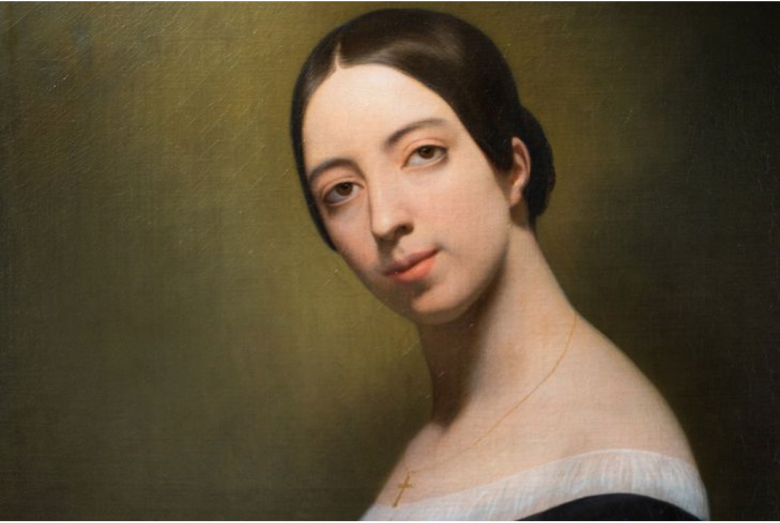 Pauline García Viardot was born in Paris on 18 July 1821. The youngest child of a Spanish family of famous singers and musicians, this mezzo-soprano with a unique timbre was also a tragedienne, designer and costume designer who revolutionised the lyrical art of the 19th century. She was associated with some of the most well known and respected artistic and intellectual elites of the century, such as Chopin, Liszt, Flaubert, Zola, Hugo, and emancipated herself through an exemplary command of six European languages (French, Spanish, Italian, English, German and Russian). This unique, talented and inspiring woman has, however, been forgotten over the years and is unfortunately not well known in the history of music.

In 2000, Jorge Chaminé, a renowned baritone and member of the Europa Nostra Council, discovered the singer’s famous musical and literary salon in Bougival. Having been very moved in seeing this place abandoned, Jorge Chaminé decided to carry out the project of renovating the Villa Viardot and mobilised the public authorities to save this historic monument. While renovating the Villa, Jorge Chaminé also had the idea of establishing the European Music Centre (CEM), also located in the commune of Bougival, as an integral part of the Colline des Impressionnistes. The Villa Viardot will contribute to the development of this Centre, which will be a place of transmission, exchange, creation and experimentation between music and the other arts, humanities, sciences and generations. From its opening in 2024, the CEM will offer a university training programme, the creation of a media library dedicated to the preservation of endangered musical heritage, exhibition spaces, a programme of recitals, concerts, operas, conferences, artist residencies and a series of masterclasses. This Centre will glorify music as a powerful catalyst at the heart of universal language, memory, humanistic vision and European identity.

In 2018, the Villa Viardot in Bougival was selected as one of the emblematic sites of heritage in danger within the framework of the “Stéphane Bern Mission” initiated by President Emmanuel Macron. The Loto du Patrimoine (Heritage Lottery), which helped mobilise citizens, as well as a donation from the Total Foundation and other key stakeholders such as the French Ministry of Culture and the Île-de-France Region, allowed the renovation work to commence. The launch of the works took place on 29 October 2019 in the presence of Hermann Parzinger, Executive President of Europa Nostra, as part of the European Cultural Heritage Summit in Paris, organised by Europa Nostra in partnership with the Fondation du Patrimoine. It will end in spring 2022, during the French Presidency of the European Union.

Europa Nostra is proud to support the CEM as music is intrinsically linked to the dissemination of European culture and wishes to thank its President and Founder, Jorge Chaminé, who, through his perseverance, has succeeded in magnifying the presence of Pauline García Viardot. Europa Nostra has given its utmost support to the renovation project of the Villa Viardot and the CEM from the very beginning through the patronage of its former President, Maestro Plácido Domingo, and through its Secretary General, Sneška Quaedvlieg-Mihailović, who has joined the CEM Board of Directors