On the occasion of the European Year of Cultural Heritage (EYCH) 2018, DAFNE – Donors and Foundations Networks in Europe and the Portuguese Foundation Centre organised a “Cultural Heritage Foundations Knowledge Exchange” on 16 November at the Calouste Gulbenkian Foundation in Lisbon. As this meeting coincided with the Board and Council meetings of Europa Nostra and the Helena Vaz da Silva Award Ceremony that also took  place in Lisbon on 14-15 November, a delegation of 4 representatives from Europa Nostra participated in the Foundations’ meeting, namely the Secretary General Sneska Quaedvlieg-Mihailovic, Board Member Graham Bell, Treasurer Huub Doek and EU Projects Officer Manon Richard. 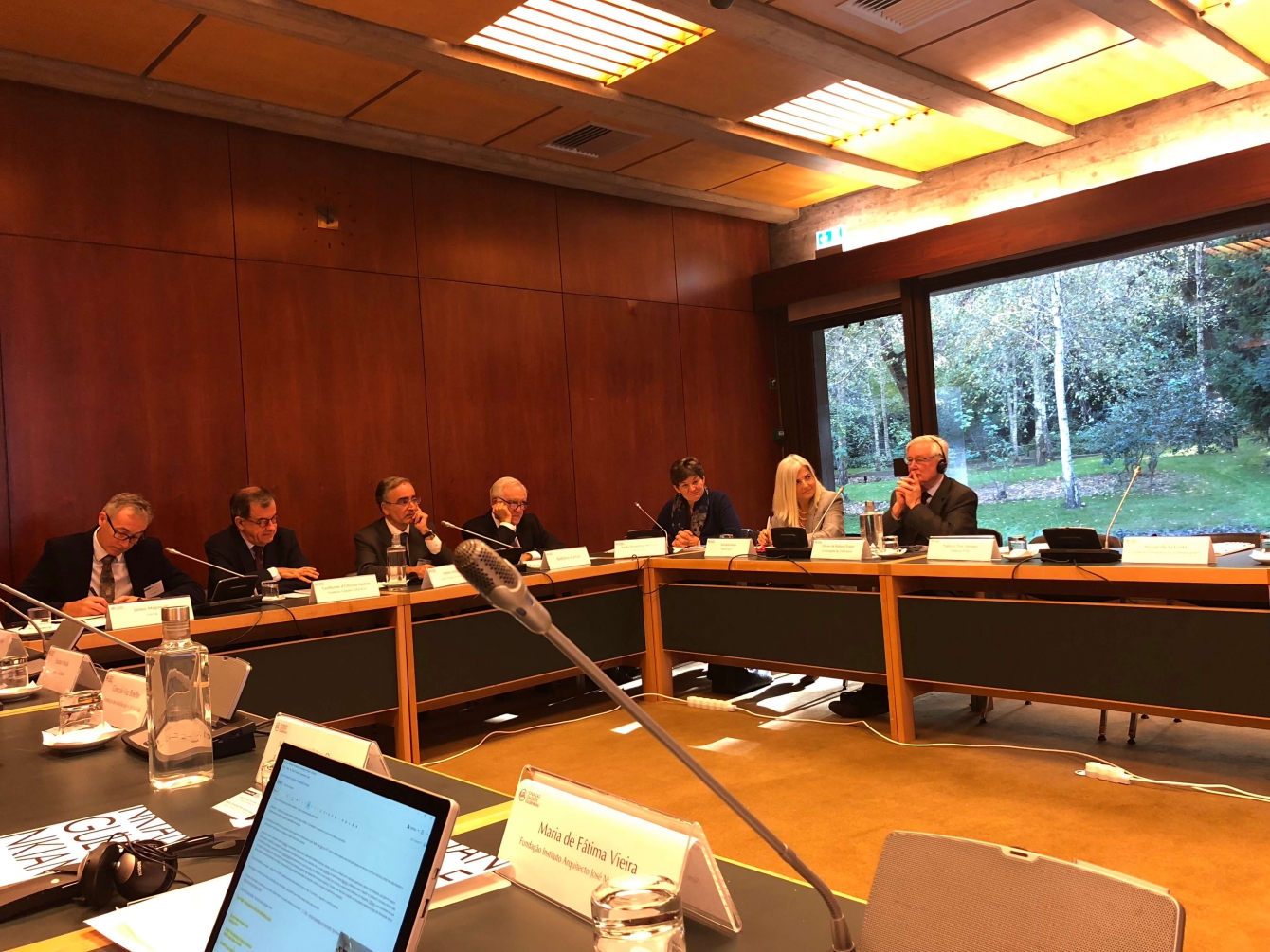 With some 30 participants in attendance, the Knowledge Exchange brought DAFNE members together with foundations with an interest in cultural heritage to consider issues relating to the work of national associations and cultural foundations that transcend national boundaries. It particularly aimed at stimulating ongoing discussions at the national level.

Guilherme d’Oliveira Martins, Trustee of the Calouste Gulbenkian Foundation and EYCH National Coordinator, opened the discussions by presenting Portugal’s contributions to the European Year. He also recalled the many challenges that lie ahead, such as youth engagement with heritage, and emphasised the role of Europa Nostra in ensuring a lasting legacy of the Year through a structured dialogue at European level.

Sharing the story of how the EYCH became a reality, Europa Nostra’s Secretary General stated: “We had lost our European values, and the most important outcome of the Year is that we raised awareness of why cultural heritage counts for Europe and is part of our multilayered identity. We mobilised a wide range of stakeholders and together we achieved something incredible by conveying a positive message of the value of sharing.” She also highlighted the important role that foundations can play in bringing forward innovative approaches and business models for cultural heritage. Board Member Graham Bell added that “the EYCH demonstrated that united we can do more: it is first and foremost about human connection”. 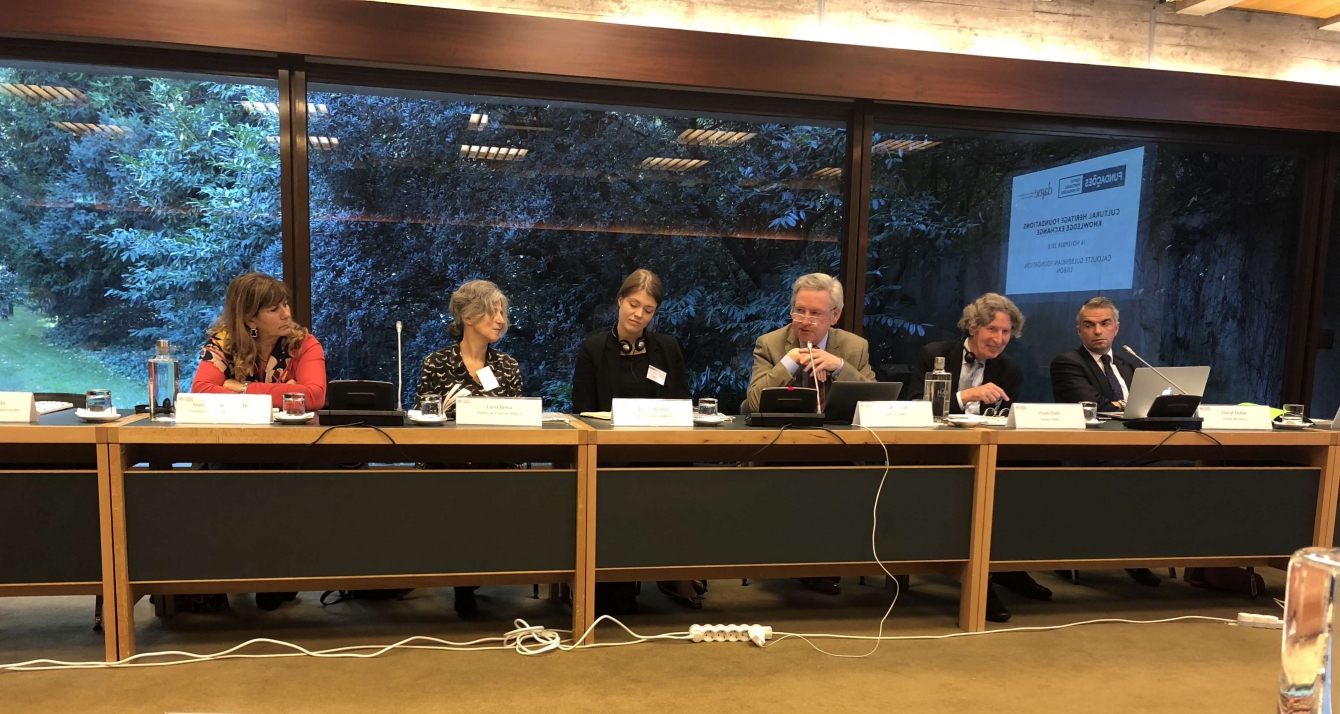 Some brief interventions by the participants about the current issues and challenges posed to national cultural heritage foundations in France, Italy, Spain, Portugal and the United Kingdom were followed by a presentation by Prof. Antonio Lamas, former President of the Portuguese Cultural Heritage Institute regarding “Cultural Tourism – Opportunity or Threat”. Prof. Lamas used the case study of the Parques de Sintra in Portugal to illustrate his presentation. This was a timely subject since the outstanding rehabilitation project of the Botanical Garden of the National Palace of Queluz in Sintra – which received both the prestigious EU Prize for Cultural Heritage / Europa Nostra Award 2018 and the Public Choice Award 2018 – was celebrated the night before.

The Knowledge Exchange ended with presentations of the following case studies: “Tackling taboos in an old but thoroughly modern museum” by Samanta Isaia, Managing Director of the Egyptian Museum in Turin (Italy); “Challenges associated with the restoration of the Portico de la Gloria” by Suzana Mihalic, Director of Communications and Corporate Image of the Fundacion Barrié (Spain); and “Bridging past and present” by David Teillet, Administrative Director and Special Advisor to the Chancellor of the Institut de France. The presentations were successful in encouraging further discussion among the foundations’ representatives. 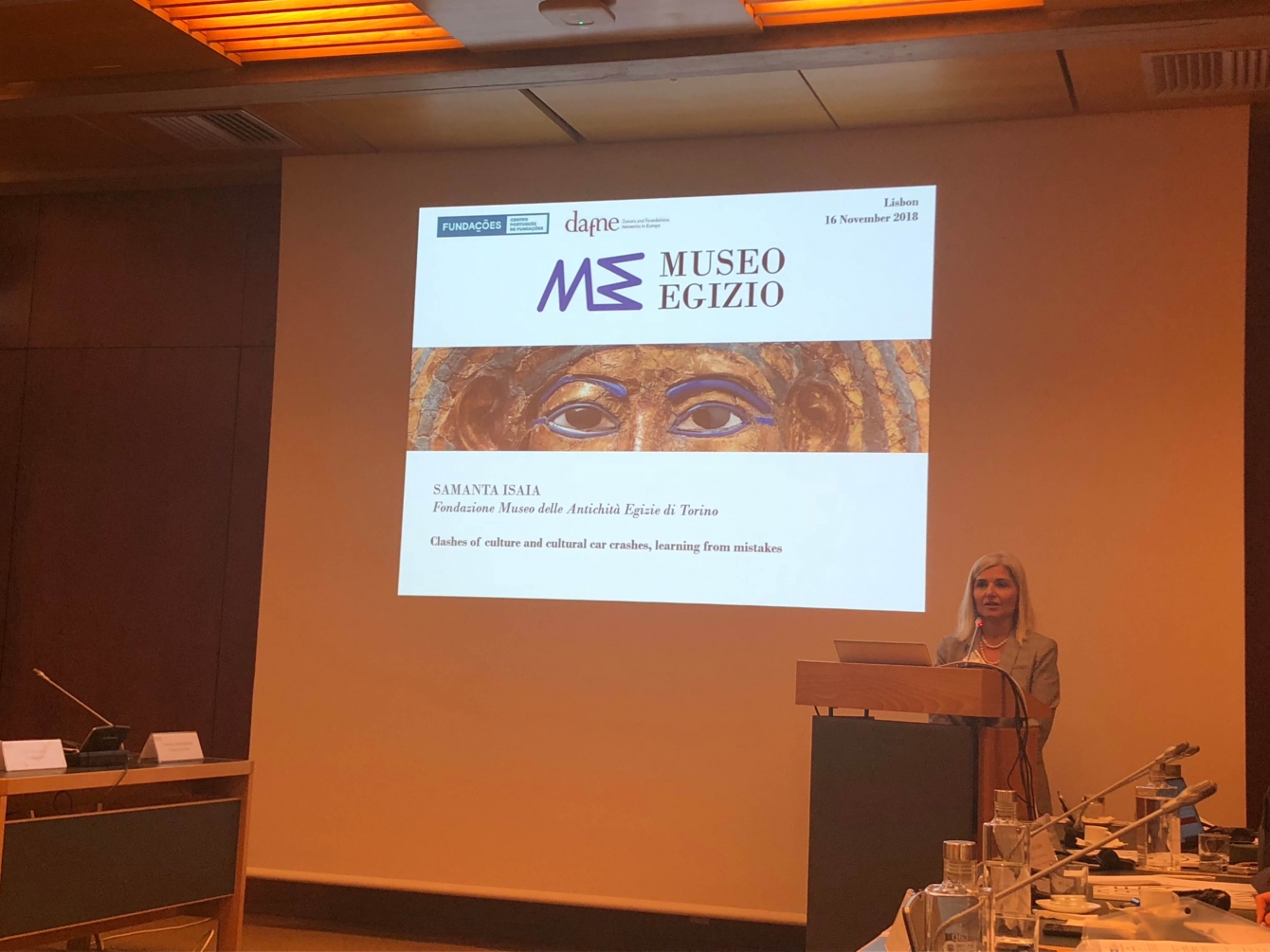 Europa Nostra participated in this meeting in the framework of its “Foundations4Heritage” initiative as part of the EU network project “Sharing Heritage – Sharing Values”, which is supported by the EU Creative Europe programme (2017-2021). Following several meetings of “Foundations4Heritage” in Europe, this ambitious initiative seeks to further build and strengthen Europa Nostra’s relations with the world of private foundations, and especially with two important European networks of foundations: the European Foundation Centre and DAFNE.