Europa Nostra, as a proud partner of the Horizon 2020-funded ILUCIDARE project, invited five European Heritage Youth Ambassadors as young journalists to cover the closing conference of the 3-year project, entitled ILUCIDARE Playground: Turning a new page for heritage. In this capacity, they had the opportunity to interview selected panelists, Consortium partners and other members of the ILUCIDARE community, including the winner of the ILUCIDARE Challenge. 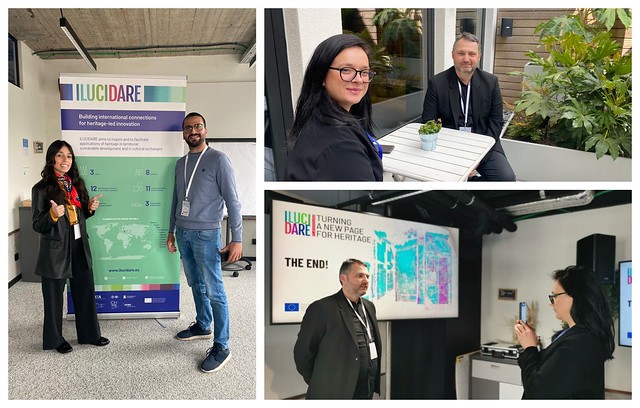 This initiative aimed at empowering the young journalists to access an international network and support them to expand their knowledge when it comes to heritage-led innovation and international relations, while engaging in an intergenerational dialogue and capitalising on their creativity and skills. The ILUCIDARE Young Journalists also had the opportunity to exchange with their peers and discover the main outputs of the project.

The ILUCIDARE Young Journalists were selected from among the European Heritage Youth Ambassadors 2022 and 2021 by Europa Nostra, the European Students’ Association for Cultural Heritage (ESACH) and the European Heritage Tribune. These included Gaëlle Stephan, a young architect from Lebanon, Kujtime Mimi Kotorri, an architect and designer from Albania, Neşe Topal Kusku, an archaeologist from Cyprus, Elena Cautiș, heritage researcher from Romania, and Léa Guillemant, student in international cooperation on (intercultural) heritage from France.

Each one of the ILUCIDARE Young Journalists chose to interview a speaker or participant according to their interests and backgrounds, in a very fruitful exercise of capacity-building and sharing experiences and knowledge. 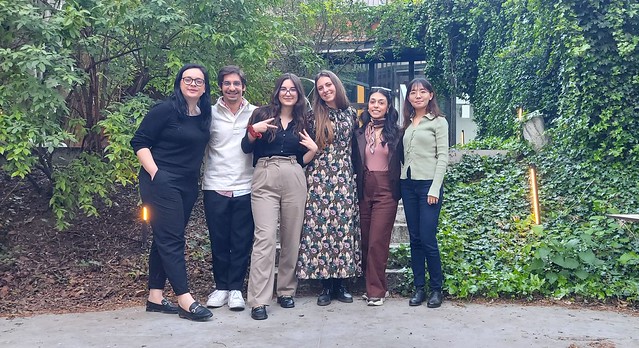 The journalistic materials will be shortly published in a dedicated post-event Newsletter and on the websites of ILUCIDARE and Europa Nostra as well as promoted via social media. We also hope this initiative will allow the European Heritage Young Ambassadors for a continued dialogue and cooperation with the ILUCIDARE community, contributing in this way to maintaining the legacy of the project.

The involvement of the European Heritage Youth Ambassadors as ILUCIDARE Young Journalists in the Playground was made possible thanks to the Horizon 2020 Framework Programme for Research and Innovation of the European Union, and it also aimed at contributing to the European Year of Youth 2022.