The two leading European organisations in the fields of cultural heritage and tourism have joined forces ahead of the European Year of Cultural Heritage 2018. Europa Nostra and the European Travel Commission (ETC), the non-profit organisation promoting Europe as a tourist destination in third markets, are strongly committed to cooperating and developing joint initiatives. ETC brings together 32 National Tourism Organisations, such as Visit Finland, which was a partner for the European Heritage Congress 2017 in Turku. Europa Nostra Vice-President Piet Jaspaert presented the work of Europa Nostra during the General Meeting of the European Travel Commission held in Porto, Portugal, on 18 May 2017, and jointly signed a Memorandum of Understanding with ETC President Peter De Wilde. 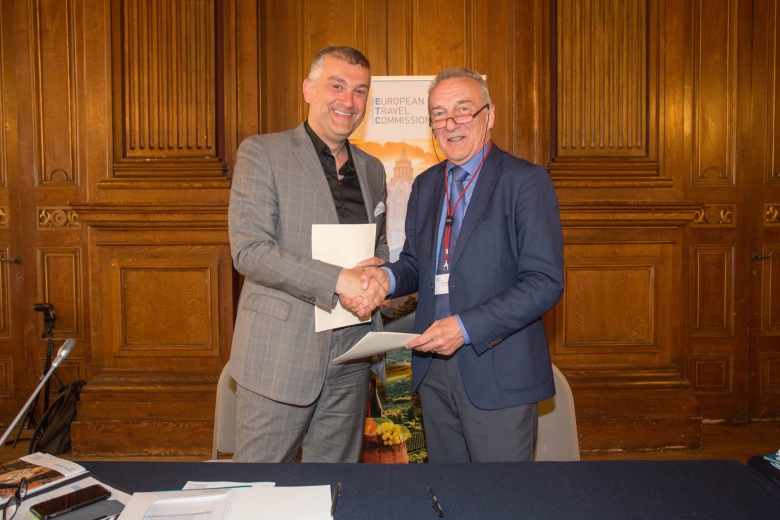 This commitment to collaborate started in 2016 when Europa Nostra was invited to join the signatories of the Tourism Manifesto for Growth and Jobs on the occasion of its revision in early 2017. The Manifesto was first launched in 2015 by more than 20 signatories from the tourism and travel industry so as to highlight the policy priorities for the sector in the coming years, ranging from competitiveness and good governance to skills and qualifications as well as sustainability. The opening paragraph of the Manifesto stipulates that tourism “helps to sustain our cultural and natural heritage”. Europa Nostra was the first heritage organisation among the 40 signatories, although two members of Europa Nostra are also signatories: European Federation of Tourist Guide Associations (FEG) and European Cultural Tourism Network (ECTN).

Europa Nostra Vice-President Piet Jaspaert had presented Europa Nostra’s suggestions for a revised Manifesto in the light of the European Year of Cultural Heritage 2018 during the consultation meeting of the current and potential future signatories held on 12 January 2017 in Brussels. After discussion with the other (potential) signatories and after approval by the broader group, several suggestions from Europa Nostra on sustainability and joint promotion were retained in the revised version. The Manifesto was also recently recognised by the President of the European Parliament Antonio Tajani in his speech during a high-level conference on World Tourism Day 27 September 2017. 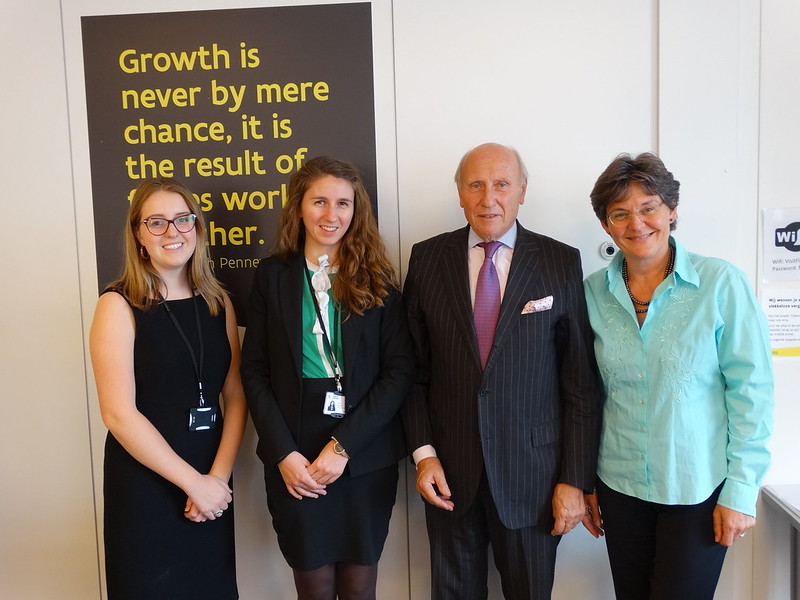 Simultaneously to the work on the Manifesto in late 2016, ETC joined the European Heritage Alliance 3.3, which is coordinated by Europa Nostra and brings together European and international networks from the wider field of cultural heritage. As a new albeit active member of the Alliance, ETC hosted the meeting of the Alliance at its premises in Brussels on 18 October 2017. On this occasion, the European Travel Commission also presented the 2018 EU-China Tourism Year which was announced in July 2016 by the European Commission President, Jean-Claude Juncker, and the Chinese Prime Minister, Li Keqiang. The EU-China Tourism Year seeks to promote lesser-known destinations and to improve travel and tourism experiences among others. As it coincides with the European Year of Cultural Heritage, it was very important for Alliance members to understand the aims and objectives of this initiative.

The memorandum is already bearing fruit in that Europa Nostra and ETC are also collaborating intensely with the European Cultural Tourism Network (ECTN), member of the Alliance and also signatory of the Manifesto: together, the three organisations are now developing a joint initiative on promoting sustainable cultural tourism destinations on occasion of the European Year of Cultural Heritage 2018. The good collaboration was evident when speakers of all three organisations met during the International Conference for Cultural Tourism in Europe, organised by ECTN in Sibiu.