Europa Nostra participated in the first meeting of the Stakeholder Committee of civil society and international organisations on 28 April in Brussels. The Stakeholder Committee is a group of 35 organisations or bodies that were selected by the European Commission through the platform “Voices of Culture – Structured Dialogue between the European Commission and the cultural sector” (more information here). It aims to assist the Commission in preparing and implementing the European Year of Cultural Heritage 2018 (EYCH 2018). Besides Europa Nostra, who is coordinator and founding member of the European Heritage Alliance 3.3, 17 members of the Alliance are also among the selected participants. 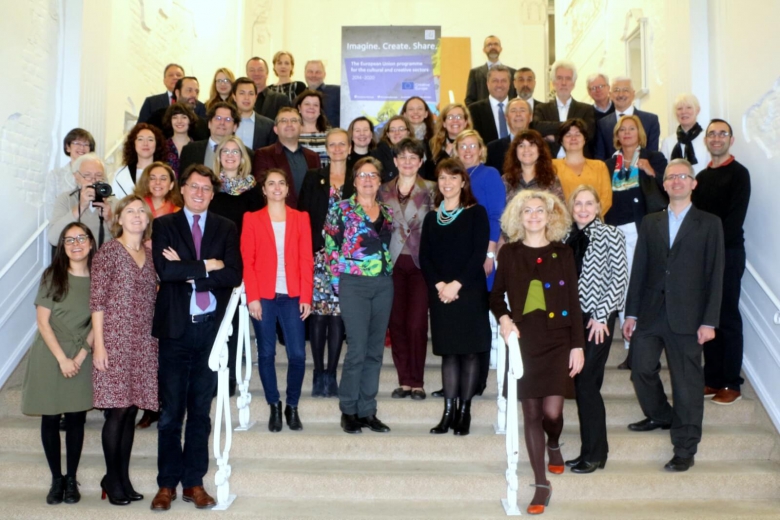 During the first meeting of this Stakeholder Committee, the European Commission outlined how the Committee is composed and how participants had been selected: for this special call the European Commission had received an unprecedented number of applications which they consider a positive sign for the keen interest of the wider sector to be actively involved. Stakeholders were also briefed in detail about the key objectives of the EYCH 2018, its implementation as well as EU initiatives and available funding. On this occasion, the European Commission shared an updated version of the “Mapping Guide” with the participants. The 35 representatives of the selected organisations then had the opportunity to provide their input and views on the target groups for the EYCH 2018 and its communication strategy as well as presenting their own plans and target audiences.

Europa Nostra’s Secretary General Sneška Quaedvlieg-Mihailović stressed that there is a clear momentum for heritage in Europe which is helping to galvanise civil society. She introduced the civil society campaign for the European Year (and beyond) (#Heritage4Europe #Europe4Heritage) which was launched by Europa Nostra and which should be complementary to the official hashtag proposed by the European Commission (#EuropeForCulture). She also highlighted the importance of giving transborder initiatives the official “label” of the European Commission for the Year. With a view to institutional cooperation at EU level, Sneška Quaedvlieg-Mihailović recommended to also invite representatives of other institutions, such as the European Parliament, the Committee of the Regions and the European Economic and Social Committee to the next meeting(s). Europa Nostra drew attention to several other issues, highlighting that heritage in danger not only means deliberate destruction, that linking heritage with history education is important, as well as the overarching principle of sustainability.

Europa Nostra will continue to raise its voice at the next meetings and will actively contribute to the implementation process together with the participating members of the European Heritage Alliance 3.3. The spring meeting of the Alliance took place one day before the Stakeholder Committee with time for a joint discussion. This was arranged with a view to creating synergies with the entire Alliance (counting more than 40 members) and especially for members that are not part of the Stakeholder Committee.