Europa Nostra, the European Voice of Civil Society Committed to Cultural Heritage, has just released the Prague Manifesto “For a Value-based and Culture-driven Europe”. The Manifesto contains the key policy messages formulated during the European Cultural Heritage Summit 2022 recently held in the Czech capital, and especially during its concluding event – the European Heritage Policy Agora (see below). In the context of the pressing challenges facing our continent – from the unjustifiable brutal Russian aggression against Ukraine and the increasing threats to democracy, peace and solidarity all over Europe, to the dramatic impact of climate change on our society and living environment – the Prague Manifesto stresses the fundamental and irreplaceable role of culture and cultural heritage as a vector to address these challenges. 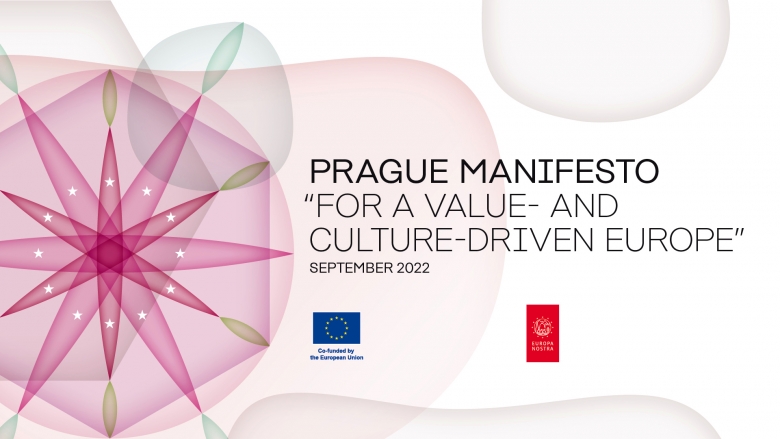 The Prague Manifesto puts forward 7 concrete and actionable proposals for culture and heritage to be fully recognised and deployed in building a value-based and culture-driven Europe. These proposals aim at unleashing the potential of culture and heritage for the implementation of the New European Bauhaus initiative, for the advancement of a value-based European Political Union, as strategic assets to foster international cooperation, to support and speed-up Europe’s transition to a green, climate-neutral continent as well as to achieve the UN Sustainable Development Goals, among others.

The Prague Manifesto makes a strong plea to European leaders at all levels of governance – European, national, regional and local –, as well as to all heritage actors – public, private and civil society –, to duly and fully recognise and mobilise the immense potential of cultural heritage to build a more sustainable, more inclusive, more peaceful and more beautiful Europe.

Through the Prague Manifesto, Europa Nostra and its members and partners commit to build on the strong messages formulated at the European Cultural Heritage Summit 2022 and to establish appropriate follow-up actions to advance a value-based and culture-driven Europe, which is a prerequisite for any further advancement and success of the entire European project. 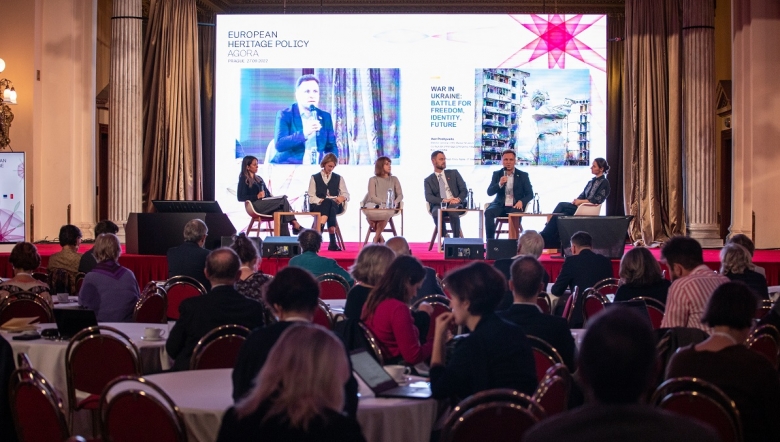 The Prague Manifesto contains the key messages conveyed during the European Heritage Policy Agora “For a Value and Culture-driven Europe”, held on 27 September 2022 at the Žofín Palace, as the concluding event of the European Cultural Heritage Summit 2022 in Prague.

The European Heritage Policy Agora “For a Value and Culture-driven Europe” brought together a variety of public and private heritage stakeholders, policy-makers at all levels, young heritage professionals and cultural actors in a series of inspiring debates on the most pressing challenges facing the heritage ecosystem in Europe. 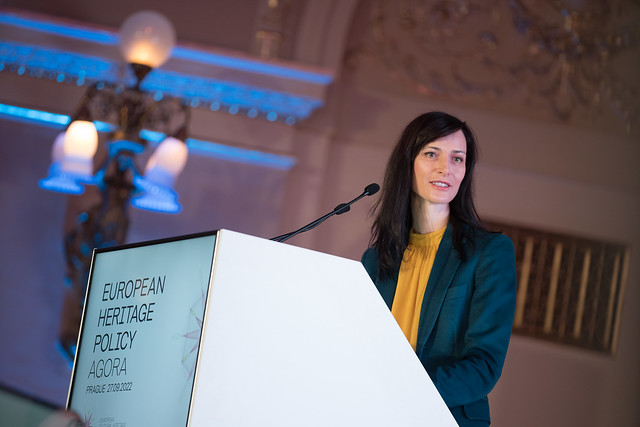 Among the high-level contributors were Mariya Gabriel, European Commissioner for Innovation, Research, Culture, Education and Youth (see photo above), and Martin Baxa, Czech Minister of Culture and Acting Chair of the rotating EU Council Presidency, as well as Vlastislav Ouroda, Vice-Minister for Cultural Heritage of the Czech Republic, Oleksandr Tkachenko, Minister of Culture and Information Policy of Ukraine (who intervened live remotely), Kostas Bakoyannis, Mayor of Athens, Vasco Alves Cordeiro, President of the European Committee of the Regions (who intervened live remotely), Marcos Ros Sempere, Member of the European Parliament, and Hermann Parzinger, Executive President of Europa Nostra.

At the closing of the European Heritage Policy Agora, Sneška Quaedvlieg-Mihailović, Secretary General of Europa Nostra, stated: “We wish for the Prague Manifesto to reflect the many key messages that have been conveyed today, and we count on you to become the messengers – throughout your organisations, cities and regions – of this strong plea. Let us, together, build as many bridges as possible and let us make sure that our values prevail over hatred and destruction”.