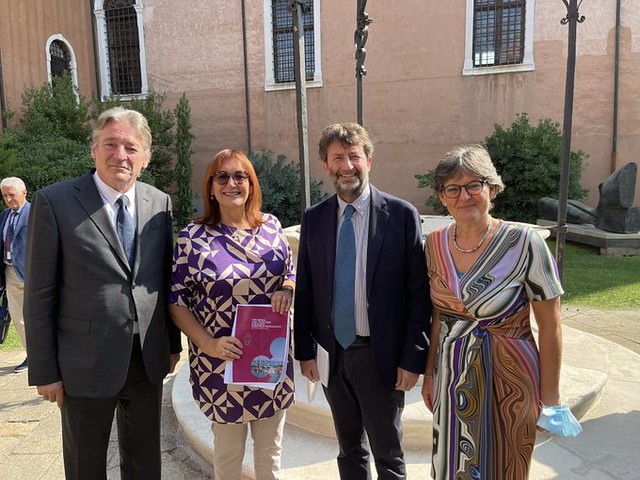 On this occasion, Sneška Quaedvlieg-Mihailović, Secretary General of Europa Nostra, presented the draft text of the “Venice Call to Action: For a New European Renaissance” to high-level policymakers and participants, including, among others, Margaritis Schinas, European Commission Vice-President for Promoting our European Way of Life, Dubravka Šuica, European Commission Vice-President for Democracy and Demography, Dario Franceschini, Italian Minister of Culture, Vasko Simoniti, Slovenian Minister of Culture and Acting Chair of the EU Council of Ministers, and Nina Obuljen Koržinek, Minister of Culture and Media of the Republic of Croatia, who welcomed and supported the document. 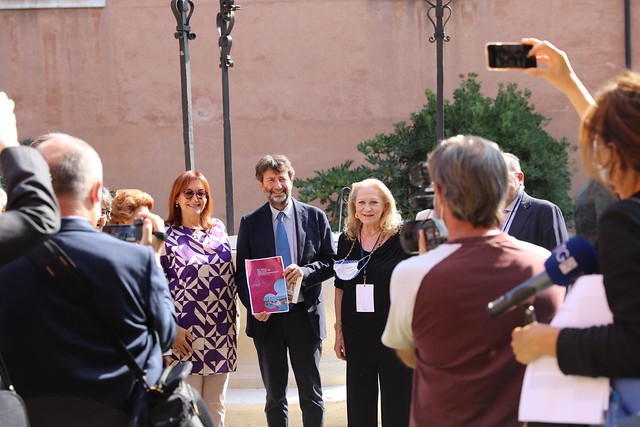 The Venice Call to Action makes a strong plea to European leaders at all levels of governance – European, national, regional and local -, as well as to all heritage actors – public, private and civil society -, to duly integrate the transformative power of culture and cultural heritage among the strategic priorities for the reshaping of our societies. It outlines a series of pressing challenges facing our continent – from the post-pandemic recovery to climate change – and stresses the vital positive contribution of culture and cultural heritage to successfully address them.

The Venice Call to Action puts forward 12 concrete and actionable proposals, as a direct contribution by Europa Nostra and its network to place our shared cultural heritage where it belongs – at the very heart of the entire European project. These proposals aim at unleashing the potential of cultural heritage for the European Green Deal, the New European Bauhaus, the forthcoming 2022 Year of European Youth, among other key priorities of the European Union, and the United Nations’ Sustainable Development Goals.

Hermann Parzinger, Executive President of Europa Nostra, stated: “The time has come to move on to concrete, shared action. We must change our perspective, we must move from a sectoral approach to one in which culture and cultural heritage are seen as powerful vectors to achieve Europe’s most pressing challenges”.

Inspired by both the uniqueness of and the complex challenges facing the host city of the European Cultural Heritage Summit 2021, Venice, the Call to Action also proposes to dedicate a special inter-committee hearing in the European Parliament on the future of historic cities, sites and related landscapes affected by the effects of climate change and mass tourism.

Sneška Quaedvlieg-Mihailovic, Secretary General of Europa Nostra, said: “We are proud of Europa Nostra’s catalytic role for the fruitful dialogue between so many different voices from Venice, Europe and beyond during our European Cultural Heritage Summit. But this is only the beginning! We are committed to lead – together with our members and partners – a mobilising force for a permanent, much-needed European action for Venice, its inhabitants and its Lagoon.”

Through the Venice Call to Action, Europa Nostra and its members and partners commit to build on the strong messages formulated at the European Cultural Heritage Summit and to establish appropriate follow-up actions and proposals to ensure a more humane, beautiful, sustainable and inclusive Europe, contributing thereby to a New European Renaissance.