On 16 February in Brussels, Europa Nostra’s Secretary General Sneška Quaedvlieg-Mihailović shared her experiences as a former trainee at the European Commission with some 400 trainees who have just finished their five-month internship at the EC. Three other former trainees – Juhan Lapassaar, Head of the Cabinet of Vice-President Andrus Ansip, Natalia Salas Castillo, Candidate at the Spanish diplomatic service competition, and Lloyd Huitson, Policy Assistant Higher Education Erasmus + -, contributed to the traineeship farewell conference, which was held at the Charlemagne building. 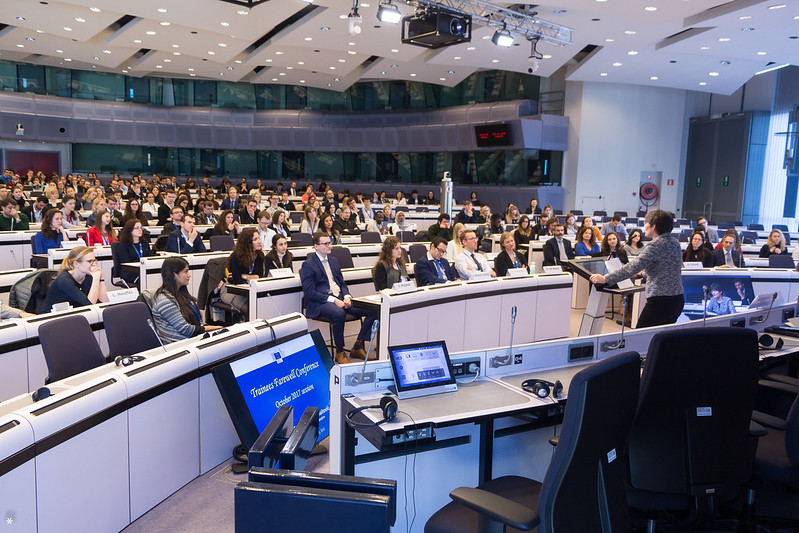 In her inspirational speech, Sneška Quaedvlieg-Mihailović retraced through a series of anecdotes her professional and personal path. She recalled the time back in 1987 when she worked at the European Commission as young trainee from Yugoslavia with a passionate interest for the European idea and ideals. Thanks to this traineeship, she started her professional career at the EC Delegation in Belgrade and became the first Secretary General of the European Movement in Yugoslavia. Following the violent break-up of Yugoslavia and her moving – for personal reasons – to The Hague (The Netherlands), she joined the Europa Nostra Secretariat at the end of 1991. This brought a new mission to her life, which was – and still is – the promotion of Europe through its culture and cultural heritage. 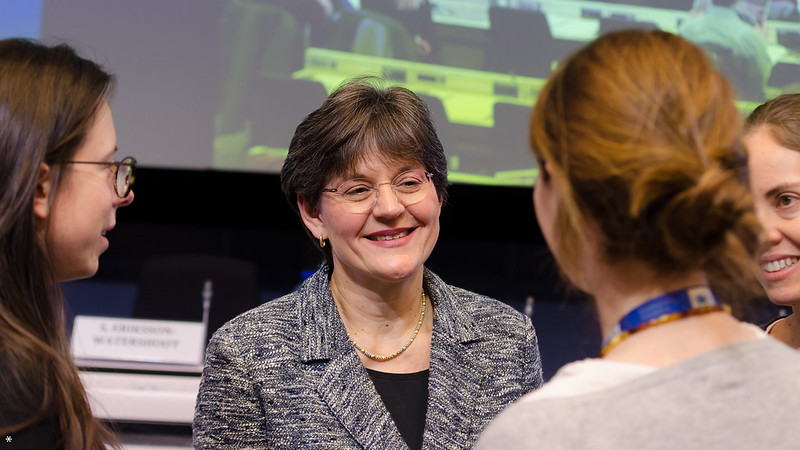 Sneška Quaedvlieg-Mihailović stated that she was grateful for this opportunity to share her passion for Europe and its cultural heritage with so many young Europeans. The Secretary General of Europa Nostra stressed the vital importance of education and culture for the future of Europe, and urged the trainees to become strong Ambassadors of European ideals in their future life and career inside or outside the EU Institutions. At the end of her talk, she concluded “It is the duty of current trainees as young Europeans, who are enjoying the benefits of European integration, to actively contribute so that those benefits continue for the future generations of citizens in the European Union”.

30 years after her trainee experience, the Secretary General of Europa Nostra welcomed the enthusiastic support of all EU Institutions to the European Year of Cultural Heritage 2018. She presented the Ode2Joy Challenge, a new participatory initiative launched by the organisation on the occasion of the Year and shared the video message of Europa Nostra’s President Maestro Plácido Domingo, calling on the trainees to join the Ode2Joy Challenge.

After these personal testimonials, which were introduced by Sophia Eriksson Waterschoot, Director for Youth, Education and Erasmus + at DG Education and Culture of the European Commission, various contributions were made by the trainees themselves. Giulia Facelli – trainee at DG Research and Innovation – presented the video on EU Cultural Identity and Cultural Diplomacy, which was made by the trainees of the EC Cultural Heritage Subcommittee. “We believe young people must be more engaged with cultural heritage. We also believe that a united Europe should pause for deeper reflection on what our cultural identity is and how culture can help us overcome incomprehension,” she said.