On the occasion of their meeting on 9 and 10 May 2022 held in Kraków, less than 300km from the Ukrainian border, the Members of the Europa Nostra Council reiterate their full support and solidarity towards Ukrainian people and, more specifically, to Ukrainian cultural heritage defenders who are facing immense suffering and hardship as Russia’s invasion of their country continues.

As expressed in its initial statement published on 25 February, Europa Nostra condemns the brutal war initiated by Russia against Ukraine, an independent and sovereign European country. We mourn the immense human loss and population displacements this aggression has caused and continues to cause, and are deeply worried for the safety and wellbeing of cultural heritage defenders onsite due to ongoing shelling and violence. 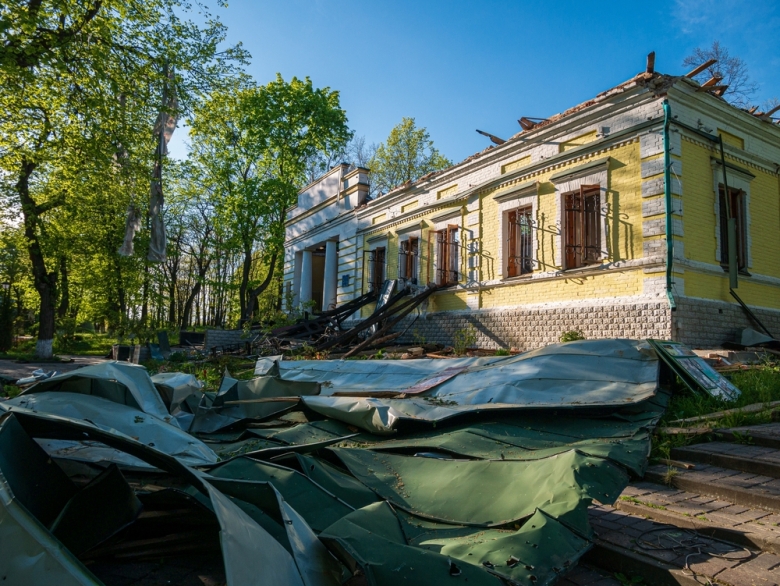 The Literary Memorial Museum, dedicated to the philosopher and poet Hryhoriy Skovoroda, in the Ukrainian village of Skovorodynivka, was largely destroyed on 8 May 2022. © MAYA LAB – Shutterstock

The Europa Nostra Council deplores and condemns the ongoing deliberate destruction of cultural property of national, European and universal significance in Ukraine and recalls that, according to the United Nations Security Council resolution 2347 (2017), such acts constitute a war crime. We also denounce the apparent intentional attempt by Russia to erase Ukraine’s history, intangible heritage and collective memory.

Already on 10 March, the Board of Europa Nostra declared that “The rich and diverse heritage in Ukraine is THE most endangered heritage in the whole of Europe”. Two months later, the situation on the ground is alarming: according to the information published by Ukraine’s Ministry of Culture and Information Policy, over 300 cultural heritage sites and objects have been destroyed or damaged as a result of attacks carried out by Russia’s army. We fear the situation on the ground might be even worse, as regular monitoring of both listed and non-listed heritage sites remains difficult despite strong national and international efforts.

We therefore urge the European Union, UNESCO and other relevant European and International organisations, both public and private, to help Ukrainian authorities and civil society to collect all relevant data on these destructions. Perpetrators of these crimes must be brought to justice and the reconstruction and/or restoration of cultural property that was destroyed or damaged must be included in any post-war recovery plans, with necessary support of the international community.

All in all, Europa Nostra applauds the large-scale mobilisation and unprecedented demonstrations of solidarity by the European and international community and stands ready to continue encouraging, and whenever possible facilitating closer cooperation and stronger synergy between the many heritage stakeholders involved on the ground, in Ukraine, in Europe and beyond in order to ensure a better coordination and thus a more effective joint emergency response.

Heritage Solidarity Fellowship for Ukraine to be launched on 18 May

In addition to its advocacy efforts towards UNESCO and the European Union, Europa Nostra is working closely with its international and European partners and members to support fellow cultural heritage defenders in Ukraine. On 18 March, Europa Nostra and the Global Heritage Fund jointly launched a crowdfunding campaign to directly support the defenders of Ukraine’s endangered heritage. Thanks to these efforts, we jointly raised 50.000 Euro after only a few weeks and are most grateful to having received the matching sum of 50.000 Euro from our valuable partner ALIPH (International alliance for the protection of heritage in conflict areas), thus reaching a total amount of 100.000 Euro. We hope to receive further contributions from other donors, both organisations and individuals. 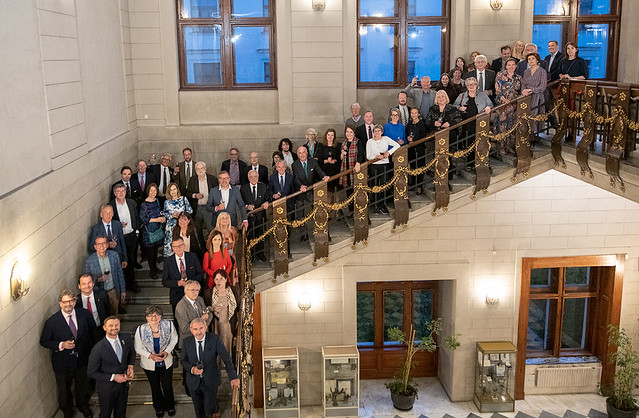 During its meeting in Kraków, the Europa Nostra Council discussed the launch of the “Heritage Solidarity Fellowship for Ukraine“, initiated jointly with the Global Heritage Fund and in partnership with ALIPH. With this scheme, we will use the funds raised to support the employees of cultural heritage sites and museums in Ukraine in the form of small individual grants. These symbolic grants aim to mitigate any loss of income due to war and to support their important work in safeguarding cultural heritage – both tangible and intangible – during Russia’s invasion. The selection of “fellows” will be made in consultation with our civil society partner in Ukraine, namely the Heritage Emergency Response Initiative (HERI), an organisation that is based in Kyiv and which is well respected both nationally and internationally. This joint fellowship scheme will be officially launched on 18 May, the International Museum Day.

“On behalf of many heritage professionals and defenders from Ukraine, I wish to thank our colleagues and friends from all over Europe and beyond, for their impressive mobilisation in support of the endangered cultural heritage of Ukraine. We are also grateful for the crowdfunding campaign jointly run by Europa Nostra and the Global Heritage Fund and matched by ALIPH, which will lead to the launch of a vital ‘Heritage Solidarity Fellowship for Ukraine’. This wonderful initiative will provide much-needed support to heritage professionals who are currently facing hardship in Ukraine,” stated Natalia Moussienko, a member of the Europa Nostra Council who came from Kyiv for the meeting in Kraków.