At its meeting held in Brussels on 30 November, the Education, Youth, Culture and Sports (EYCS) Council of the EU – composed of EU Ministers in charge of Culture and chaired by the Slovenian Presidency – adopted Conclusions on culture, high-quality architecture and built environment as key elements of the New European Bauhaus initiative. In the Conclusions, the Council calls on various policy-makers – at both local and EU level – to mainstream the New European Bauhaus and the circular economy principles and approaches in the national socio-economic and territorial development strategies, and to facilitate synergies between relevant policy areas and other processes, such as the Conference on the Future of Europe. Europa Nostra very much welcomes these Conclusions and congratulates the Slovenian Presidency of the Council for the excellent work. 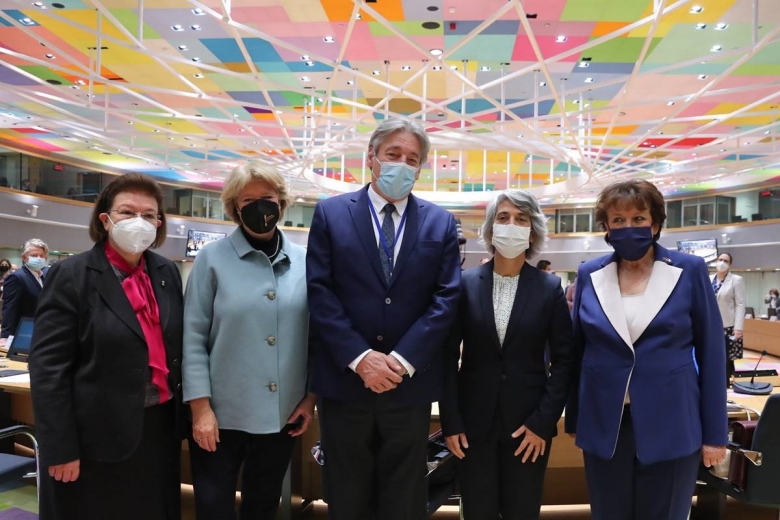 The Council Conclusions acknowledge the steps already taken by the European Union and its Member States to enhance the important role of culture, high-quality architecture and built environment on the political agenda and to ensure the legacy of the European Year of Cultural Heritage 2018. The Conclusions recall that architecture and the built environment are embodiments of our past and present culture, ways of living and values. This important policy document also recalls the importance of ensuring that both the development of existing building stock – through restoration, renovation, adapted re-use and conservation – and the creation of new buildings and spaces are of high quality. It recognises Europe’s cultural and architectural heritage as “an important benchmark for the experiential and physical quality of our built environment” and as “a strong asset that can inspire and nourish social cohesion, innovation, transformation and regeneration”.

Europa Nostra applauds the call made by the Council of the European Union to Member States and the European Commission to “reaffirm the role of culture and cultural heritage as intrinsic to and inseparable from the built and living environment, and as an important contribution to sustainable development, including the circular economy, social and territorial cohesion, the environment, the biodiversity and climate targets, prosperity and the well-being of all people in Europe”.

We also welcome the explicit call for synergies between the New European Bauhaus (NEB) and other processes in Europe, such as the Conference on the Future of Europe and the Renovation Wave. In our Venice Call to Action: “For a New European Renaissance” published in September 2021, Europa Nostra also calls to establish appropriate synergies between the NEB, the Davos Baukultur Quality Principles and the European quality principles for EU-funded interventions with potential impact upon cultural heritage, and ensure that these are duly incorporated in all European policy and funding programmes having a direct or indirect impact on cultural heritage.

Europa Nostra stands ready to mobilise its large network of members and partners – including the European Heritage Alliance, the Climate Heritage Network and the New European Bauhaus Collective – to ensure the meaningful and effective implementation of this important document.