The Vice-President of Europa Nostra and President of Europa Nostra Deutschland Alexander Fürst zu Sayn-Wittgenstein-Sayn was honoured with the German Heritage Conservation and Protection Award 2018 (Deutscher Preis für Denkmalschutz), the highest award for cultural heritage achievements in Germany, which is conferred by the Presidency of the German Cultural Heritage Committee (DNK). The awards ceremony took place on 29 October in the Palais du Rhin in Strasbourg, the symbolic European city located on the Franco-German border. Europa Nostra’s Vice-President received the award in the category Karl-Friedrich-Schinkel-Ring – named after the famous German architect of the 19th century who is considered the founding father of state monument preservation in Germany. Awards in this category had not been conferred for the past four years. In front of a German and European audience, he had the honour of delivering the acceptance speech on behalf of all 12 laureates (read the German original or a courtesy translation in English). 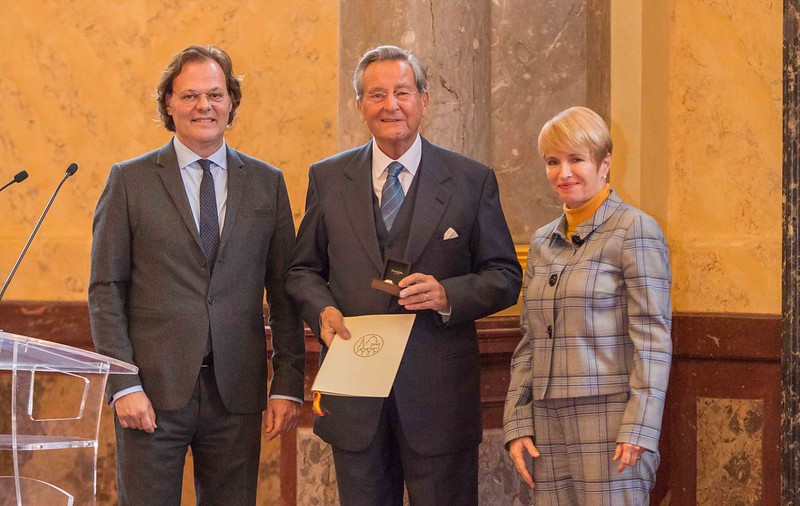 In his speech, Alexander Fürst zu Sayn-Wittgenstein-Sayn stressed how important it is for all stakeholder to join forces: private property owners, volunteers, non-governmental organisations and experts, the relevant authorities and public institutions, as well as architects, town planners, engineers and other professionals. Bridging this “fragmented” heritage landscape in Germany has been a major motivation for Europa Nostra’s Vice-President who is also President of Europa Nostra Deutschland. In this dual capacity, he emphasised the vital European dimension of our shared cultural heritage:

“We must recognise the importance of our common cultural heritage for the cohesion and integration of Europe. Like a tapestry, rich in colours and patterns, Europe’s cultural diversity turns into a magnificent integrated image that creates a shared European identity”, stated Europa Nostra’s Vice-President. 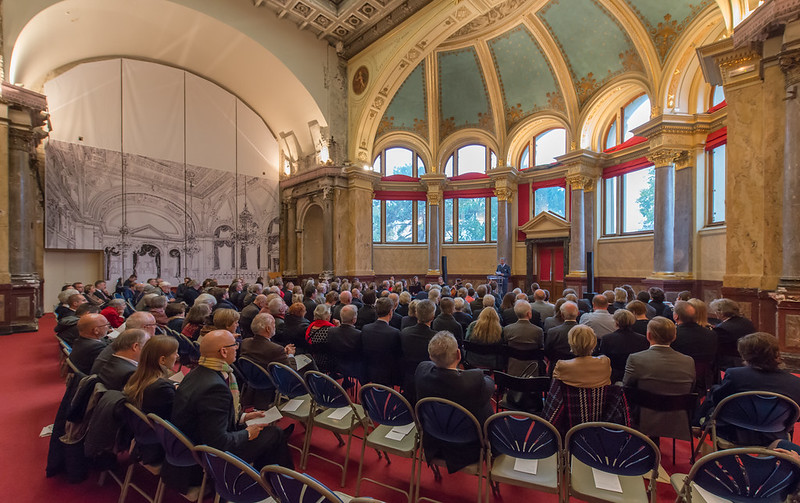 He particularly paid tribute to the joint efforts of the German Cultural Heritage Committee (DNK) and Europa Nostra in staging the first ever European Cultural Heritage Summit in June 2018 in Berlin under the symbolic motto “Sharing Heritage – Sharing Values”, which mobilised a wide range of heritage stakeholders, citizens and decision-makers and culminated in the presentation of the Berlin Call to Action “Cultural Heritage for the Future of Europe”. Speaking also on behalf of other award laureates, Alexander Fürst zu Sayn-Wittgenstein-Sayn expressed gratitude for these prestigious awards which give public recognition to manifold contributions to the protection of our cultural heritage. “For us and for all monument conservators it should be an incentive to carry forward this enthusiasm into the next year and into the future,” he stressed in his speech.

Europa Nostra’s Executive President Hermann Parzinger congratulated Alexander Fürst zu Sayn-Wittgenstein-Sayn on receiving the award: “It is a great honour to receive the German Heritage Conservation and Protection Award and an even greater one to be awarded with it in our European Year of Cultural Heritage. The commitment and dedication of Alexander Fürst zu Sayn-Wittgenstein-Sayn to our cultural heritage in Germany as well as in Europe are exceptional. It is thanks to such outstanding individuals, who are committed to cultural heritage in a voluntary capacity, that Europe’s cultural heritage is preserved and protected and – what is equally important – that the care and passion for our shared cultural heritage is transmitted. Europa Nostra is proud and grateful to count on the invaluable contribution of Alexander Sayn-Wittgenstein to the development of our organisation and to the promotion of our cause. This was recognised last June when he received Europa Nostra’s Medal of Honour at the high-profile awards ceremony in Berlin in the presence of the Federal President Steinmeier.”

Fürst zu Sayn-Wittgenstein-Sayn has been Vice-President of Europa Nostra since 1995 and became President of its German country representation in 2004. Europa Nostra honoured and thanked him for his commitment and dedication to the organisation with a Medal of Honour awarded to him at the European Heritage Awards Ceremony 2018 in Berlin. 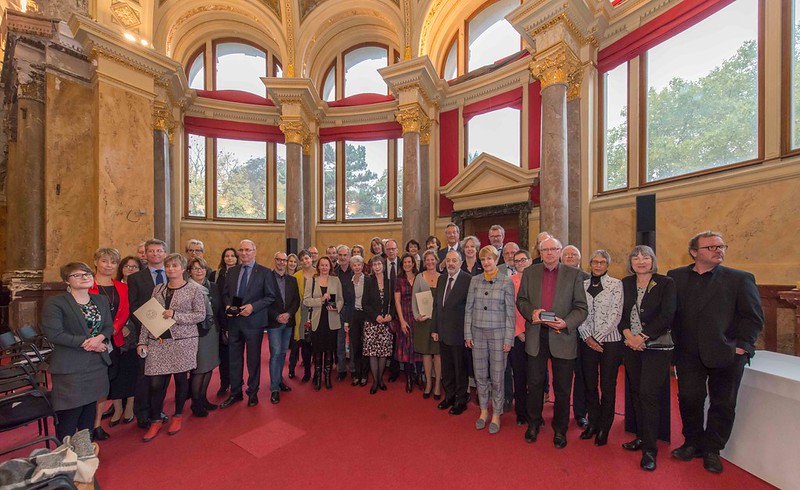 Organised by the German Cultural Heritage Committee (DNK), the German Heritage Conservation and Protection Award is the highest in its field in Germany and is given annually in recognition of outstanding achievements and commitment to preserving and protecting built and archaeological heritage (read the press release in German). It is awarded in three categories: the Karl-Friedrich-Schinkel-Ring, the “Silberne Halbkugel”, a prize for journalists and an internet prize, which awards outstanding contributions in this field that are exclusively published online. The laureates of this year’s awards were announced last July.

Congratulations to all the laureates of the German Heritage Conservation and Protection Award 2018!🎉😀 We’re delighted to see so much dedication & commitment to cultural heritage 👏@alexandersayn @Kulturerbejahr #EuropeForCulture #Heritage4Europe #SharingHeritage https://t.co/CjllTJCLxV