After inspiring messages from the young generation, the last panel of the European Policy Debate “Sharing Heritage – Sharing Values” was dedicated to a debate on how cultural heritage contributes to social and economic cohesion. Chaired by the Director-General for Education, Youth, Sport and Culture of the European Commission, Themis Christophidou, this panel also made the thematic link with the afternoon’s concluding session on heritage and the future of Europe. 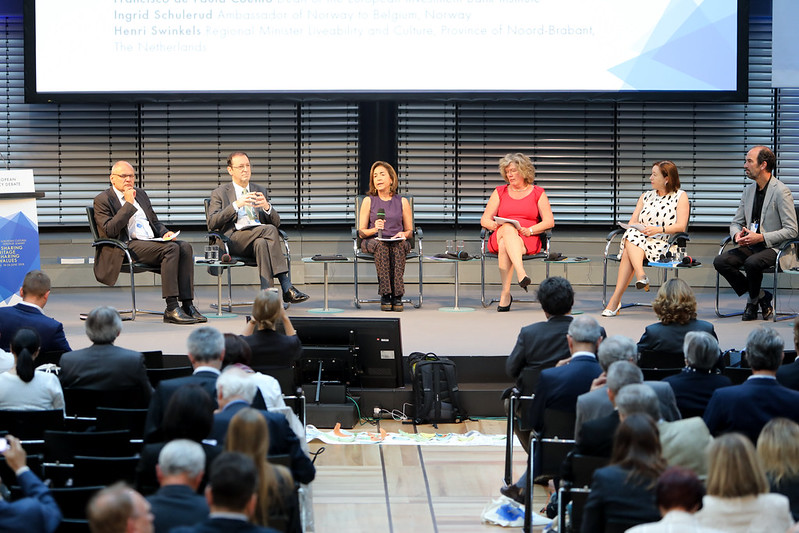 The chair first gave the floor to Andrus Kõresaar as architect of Tallinn Seaplane Harbour. This extraordinary museum of Estonia’s maritime history won one of the Grand Prix of the EU Prize for Cultural Heritage / Europa Nostra Awards in 2013 for the transformation of the hangars into what is now one of Estonia’s most popular museums. 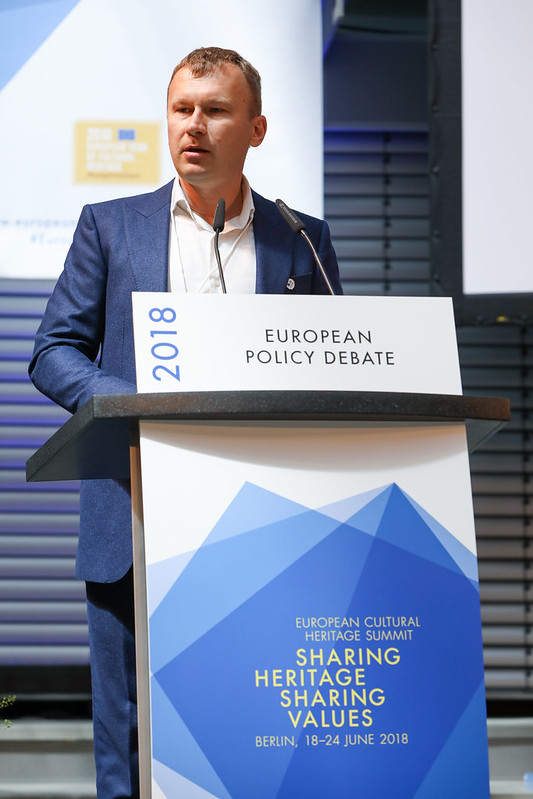 After such an inspiring story of adaptive re-use of maritime and military heritage, Themis Christophidou invited the panellists to share their reflections. Petra Kammerevert, Chair of the Committee on Culture and Education of the European Parliament, talked about the preconditions that must be met in order to help cultural heritage develop its full potential when it comes to strengthening social cohesion. She also stressed how important it is to provide access to culture for everyone, pointing to the example of some German cities which have introduced art passes for less privileged families. 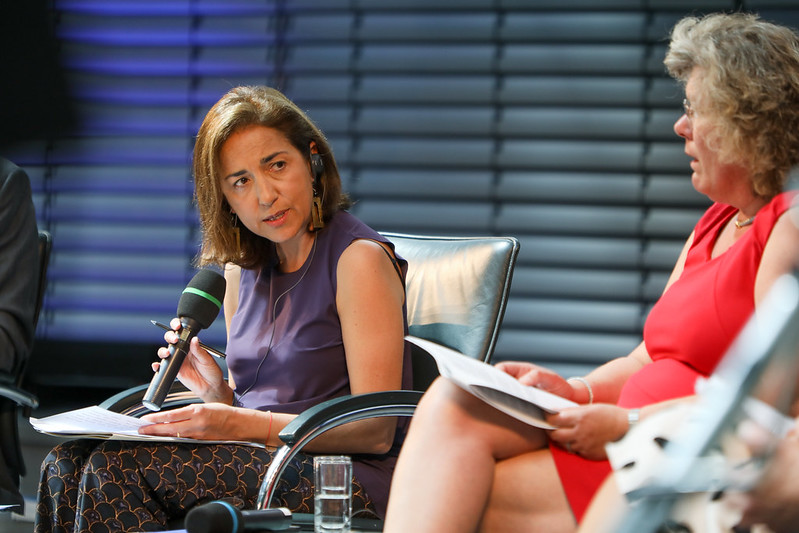 As one of the invited panellists, the Dean of the European Investment Bank Institute (EIBI), Francisco de Paula Coelho outlined what the EIBI is looking at when deciding to invest in cultural heritage, stressing that culture is a driver for economic growth and job creation. The Dean of the European Investment Bank Institute called for more involvement of private investors and businesses in developing culture and heritage so as to fully tap into the economic potential of the cultural and creative sectors. The European Investment Bank Institute and Europa Nostra launched the programme “The 7 Most Endangered” together in 2013, selecting regularly the most threatened heritage sites in Europe to raise public awareness and encourage the development of sustainable solutions for their safeguarding.

As one of the cultural institutes of EU Member States, the Goethe Institut plays a great role in raising awareness of the value of cultural heritage through international cultural dialogue. The Secretary General of the Goethe Institut, Johannes Ebert, presented some inspiring examples of the social and economic impact of heritage projects that the institute and the European network of cultural institutes – EUNIC supported in third countries. 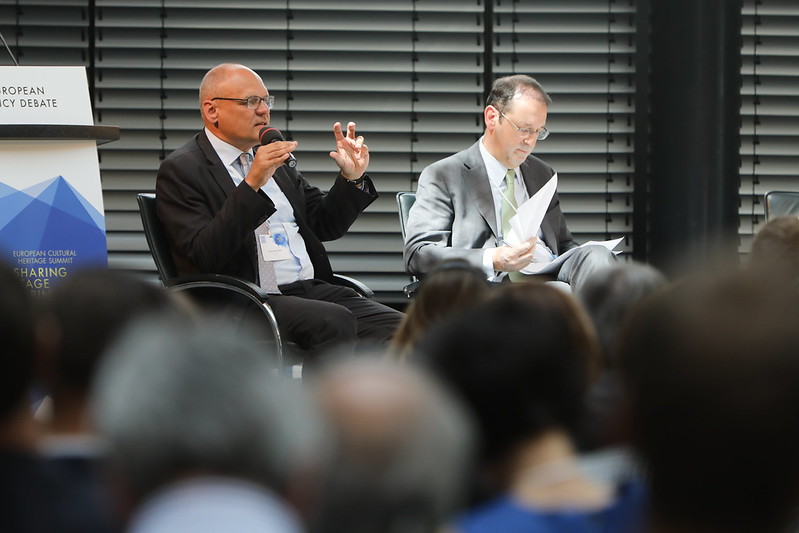 Norway’s Ambassador to Belgium, Ingrid Schulerud gave insightful examples of how the EEA and Norway Grants have invested in culture, using it to expand, empower and include people. One of their successful and outstanding grant projects was the restoration of the St. Wenceslas Rotunda in Prague, which was awarded with the 2018 EU Prize for Cultural Heritage / Europa Nostra Awards. Ambassador Schulerud also voiced her strong conviction that the cultural and creative sectors should demand more funding in the future Multiannual Financial Framework of the European Union.

A regional perspective was provided by Henri Swinkels, Regional Minister Liveability and Culture from the Dutch Province of Noord-Brabant, who shared his experience of reinforcing social resilience and cultural education both at school and elsewhere. Minister Swinkels also highlighted the outcomes of the “European Young Professionals Summit” that his region, together with the Province of Gelderland, Overijssel and the Dutch Knowledge Institute of Immaterial Heritage, had organised as a contribution to the European Cultural Heritage Summit and which brought together young people under the motto of “The Future is Heritage”. 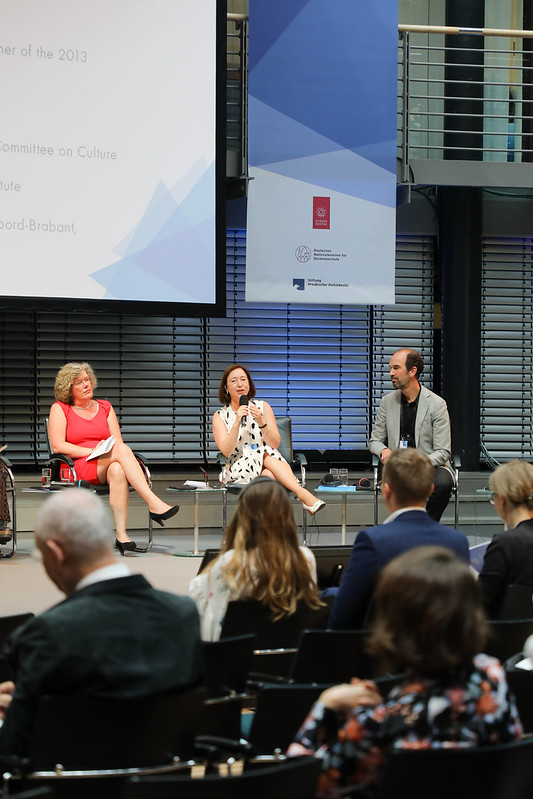 Themis Christophidou concluded the debate by affirming that the European Commission would work to ensure the legacy of the European Year of Cultural Heritage 2018 to be both powerful and lasting, as an investment in Europe’s future and in Europe’s youth.