Many German and European partners in the field of heritage were invited to organise events during the European Cultural Heritage Summit “Sharing Heritage – Sharing Values”, which took place from 18-24 June in Berlin. The younger generation of heritage students and young professionals responded positively and enthusiastically with no less than 5 initiatives organised and more than 250 young participants attending the Summit. The 3 co-hosting organisations, namely Europa Nostra, the German Cultural Heritage Committee (DNK) and the Prussian Cultural Heritage Foundation (SPK), were delighted to welcome such a large and inspiring youth delegation, which highly contributed to the strengthening of youth involvement in the heritage field.

The programme of the European Policy Debate on 22 June included “messages from the young generation”, during which each initiative had the opportunity to make a special intervention in front of an audience of some 400 heritage professionals and decision-makers. The moderator Lorena Aldana from the European Year of Cultural Heritage Task Force of the European Commission’s DG EAC introduced each of them before the young representatives took the floor.

Zala Resnik–Poljašević, a young high-school student from Slovenia, presented the winning recommendations from the Your Europe, Your Say! 2018 Youth Event, which was organised by the European Economic and Social Committee in March. The three winning recommendations were: the opportunity to discover other cultures through travelling; preserve culture, learn from the past and use it to build the future; and experiment with culture.

📌”I had the amazing #opportunity to make a difference in #Europe 🇪🇺 as well as the #youth from each Member State & this was the #YEYS2018 event” said Zala: Slovenian student at #Berlin @Kulturerbejahr   #CulturalHeritage @EU_EESC
👉Looking forward next @youreurope edition! pic.twitter.com/UqcTspJKTh

From 19-22 June, some 50 heritage students and young professionals from 16 countries discovered more about each other’s history by approaching heritage from a European perspective. The highly interactive programme included discussions and workshops on, among others, youth involvement, craftsmanship, re-enactment, contested heritage, religious heritage, museums, as well as visits to inspirational heritage places. 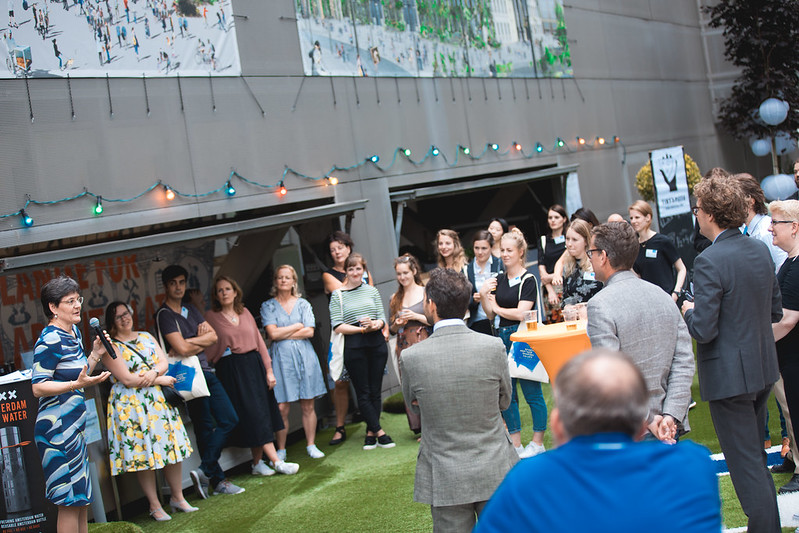 On the first day of the conference, Europa Nostra’s Secretary General Sneska Quaedvlieg-Mihailovic addressed the young participants in the courtyard of the stunning building of the Embassy of The Netherlands, which was designed by Rem Koolhaas. “With the European Year of Cultural Heritage, we are living through a historic moment. It also provides us with a unique opportunity to link our past with our future, and the younger generation has a crucial role to play in this process. Youth involvement and education are an integrated part of our Berlin Call to Action promoting Cultural Heritage for the Future of Europe”, she stated.

“The Future is Heritage” culminated with the creation of a “Berlin Wall-paper” and an after movie which were both presented during the European Policy Debate by three young representatives (Wouter Hinrichs, Aoife Hegarty and Eliseo Martínez Roig).

From 22-24 June, around 30 young university students from across Europe participated in this Summit. The programme included a panel discussion on cultural heritage in the digital age, workshops (e.g. on the legacy of the Iron Curtain and heritage interpretation), as well as many more activities to foster the engagement of the younger generation with our European cultural heritage.

During the European Policy Debate, 3 representatives from ESACH (Larissa Borck, Víctor San Frutos Serrano and Darina Kupryianova) informed the audience about the work and impact of this students’ association, which has become the first interdisciplinary and cross-generational network in the field. 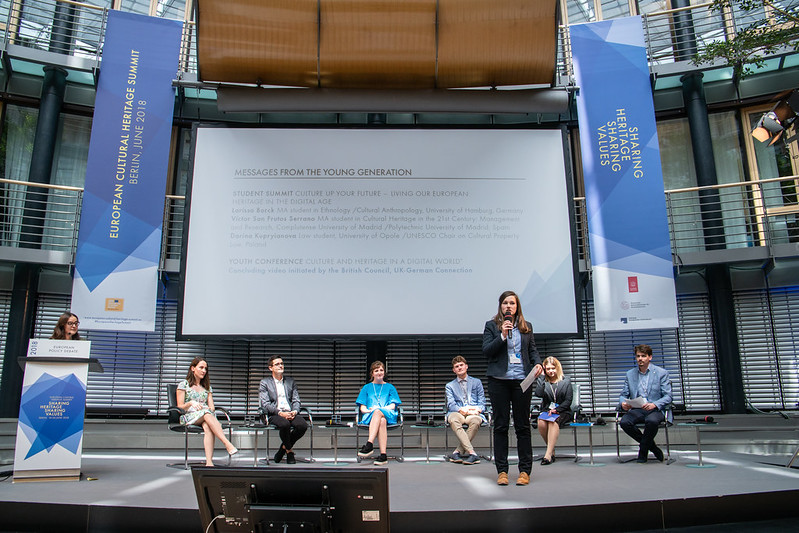 Youth Conference “Culture and Heritage in a Digital World”

From 15-17 June, 60 German and British students explored how digitisation shapes our understanding of heritage during this youth conference. In small groups, they discussed the topics of local/European identity, remembrance, controversial and industrial heritage with experts. They also had the opportunity to discover significant cultural heritage sites in Berlin through art, history and technology (e.g. a virtual reality experience of the Berlin Wall, a tour about Jewish history in the Bavarian quarter with explanations on the street signs and stumbling stones).

The after movie of the conference was screened during the European Policy Debate.

European Heritage Volunteers organised a Heritage Volunteering Project alongside the European Cultural Heritage Summit which enabled 12 young volunteers from 12 different European countries to get a close and detailed inside view into the network of organisations, institutions and stakeholders that are active all over Europe in the field of cultural heritage, and to support the organisation of this outstanding event. 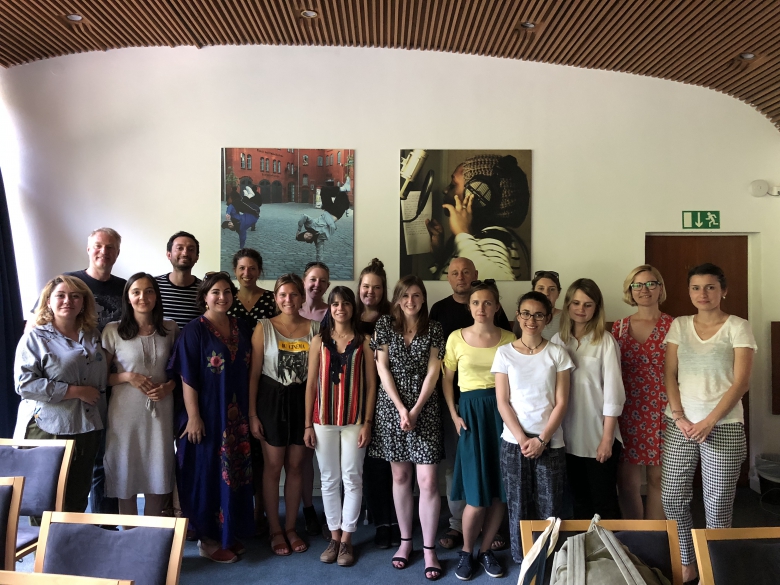 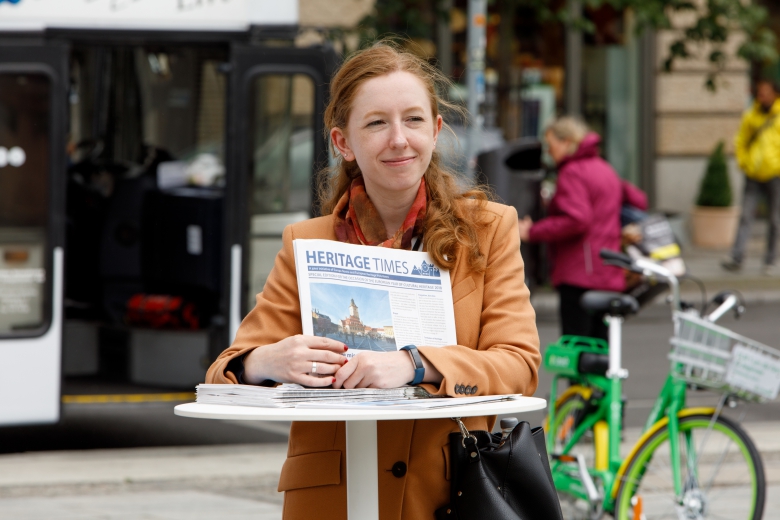 After a seminar in Weimar (Germany) about volunteering projects for heritage, the young volunteers attended the Summit. As part of the Heritage Times project, the volunteers covered several events on social media and presented the printed Heritage Times newspaper to the Summit participants.