The celebration of Europe’s best heritage achievements was hosted on the evening of 29 October at the recently restored Théâtre du Châtelet in Paris. The Grande Soirée du Patrimoine Européen took place in the context of the European Cultural Heritage Summit 2019, held between 27-30 October. More than 1,000 people were present to honour the winners of the European Heritage Awards / Europa Nostra Awards 2019 and an additional 5,200 people watched the ceremony via a livestream on Europa Nostra’s YouTube channel.

The European Commissioner for Education, Culture, Youth and Sport, Tibor Navracsics and President of Europa Nostra, Maestro Plácido Domingo, co-hosted the Grande Soirée du Patrimoine Européen and paid tribute to the laureates of the most impressive accomplishments in conservation, research, dedicated service, and education, training and awareness-raising from all over Europe. Sneška Quaedvlieg-Mihailović, Secretary-General of Europa Nostra acted as Master of Ceremony. 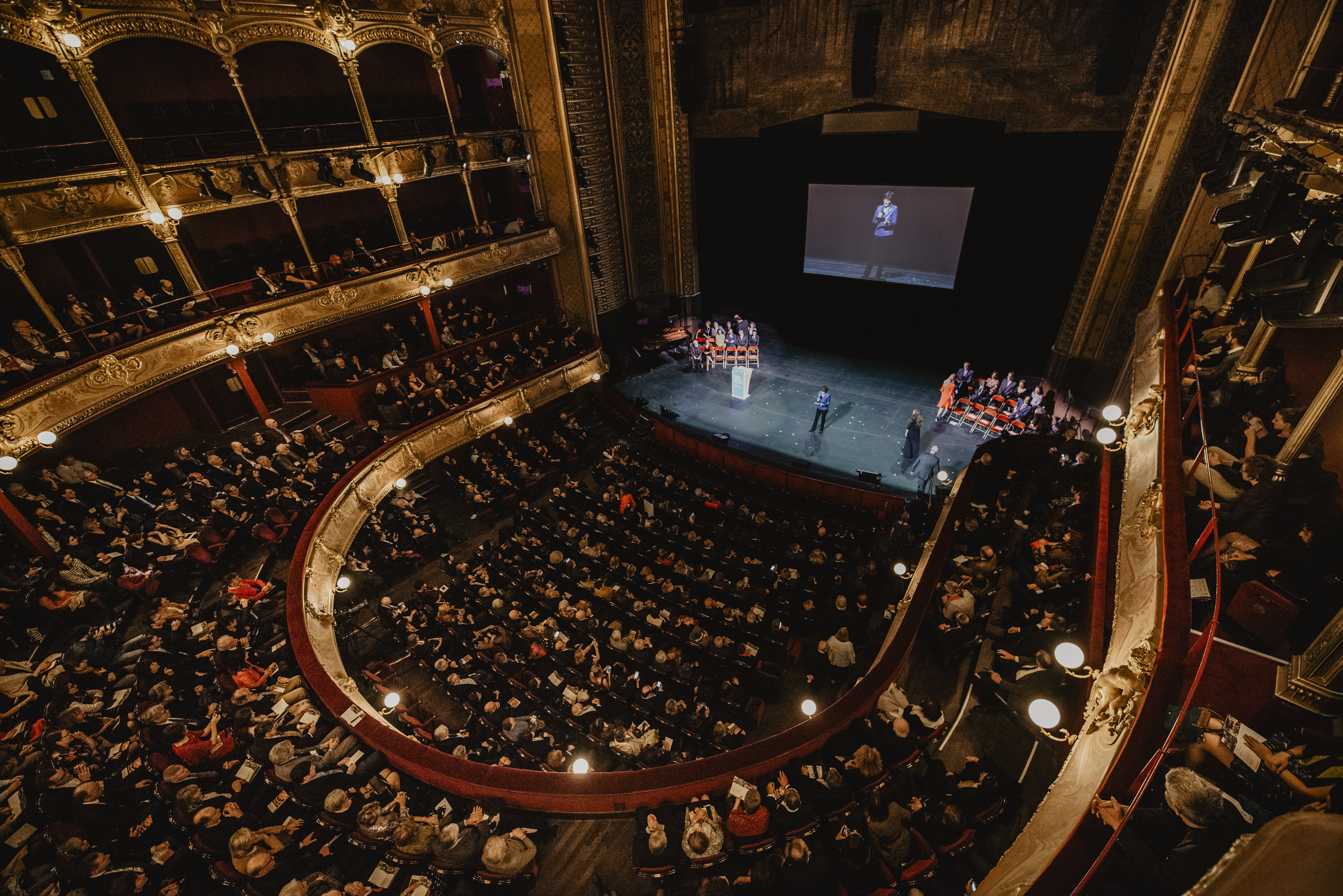 “I am really proud that working together, we have managed to put culture back on the European agenda during the past five years. Culture has always been at the heart of European integration, but it is only now back in the spotlight with its importance and its positive contribution to our society, economy and international relations widely recognised”, stated Commissioner Navracsics in his opening address.

David Sassoli, President of the European Parliament, sent a special video greeting to the guests at the Théâtre with a hopeful and encouraging message in favour of Europe’s cultural heritage.

On the same evening, a Special Award was given to the Paris Fire Brigade in recognition and in admiration of their courageous and victorious fight to save Notre-Dame Cathedral from the fire which gravely damaged the iconic structure on the night of 15 April 2019. The Award was conferred to General Jean-Claude Gallet by Commissioner Tibor Navracsics, Maestro Plácido Domingo, Bertrand de Feydeau, Vice-President of the Fondation du Patrimoine and Hermann Parzinger, Executive President of Europa Nostra.

Read a separate news item about this part of the evening here.

During the first part of the Ceremony, the Adult Choir of the Maîtrise Notre-Dame de Paris, conducted by Henri Chalet and accompanied by Yves Castagnet on piano, brought the spirit of the cathedral to the theatre with a special performance of several hymns. 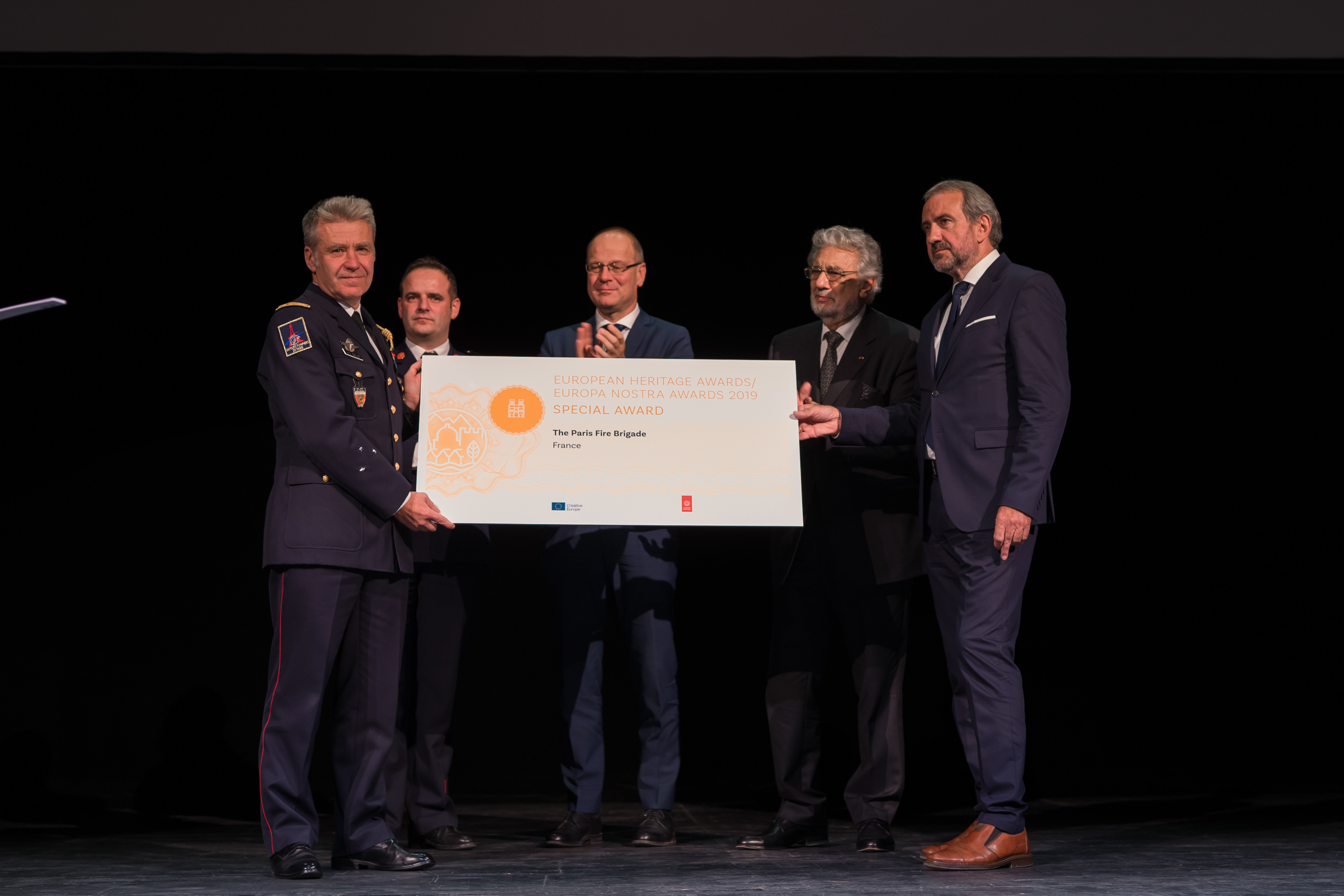 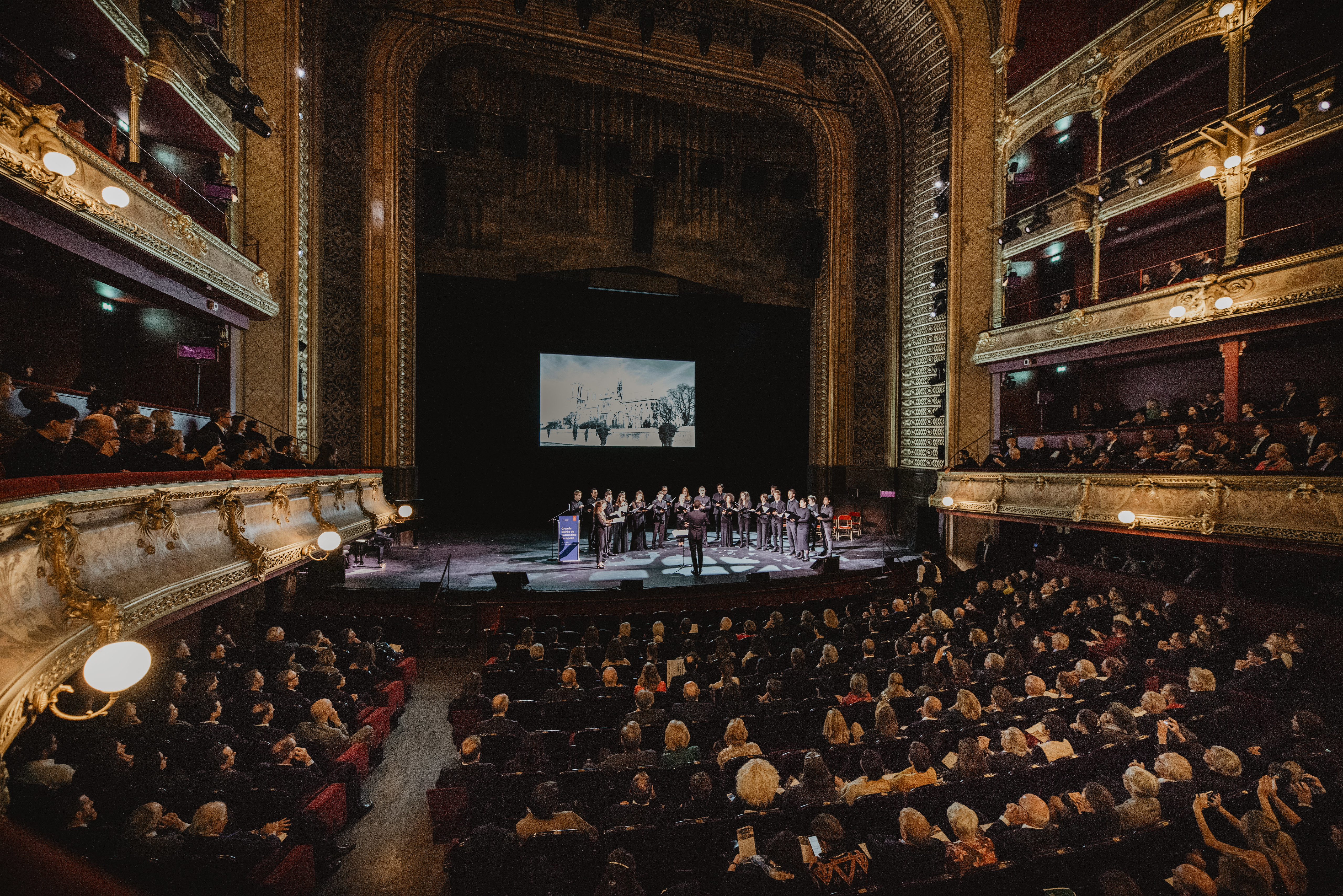 Following a festive reception during the intermission, the second half of the evening was commenced with an inspiring speech by Maestro Plácido Domingo.

“Tonight is a moment for pride and celebration. But not only that! It is also a time for mobilisation! As you know, the European project is at yet another crossroad. We see in many countries a worrying rise in populism and extremism. We also see serious threats to the political, social, cultural and natural environment in which we live. We have many challenges ahead. This is precisely why this is the moment to nurture what brings us together!”, he stated.

The 7 Grand Prix, selected by a jury of experts and entitled to receive €10,000 each, were then alternately announced by Plácido Domingo and Tibor Navracsics. 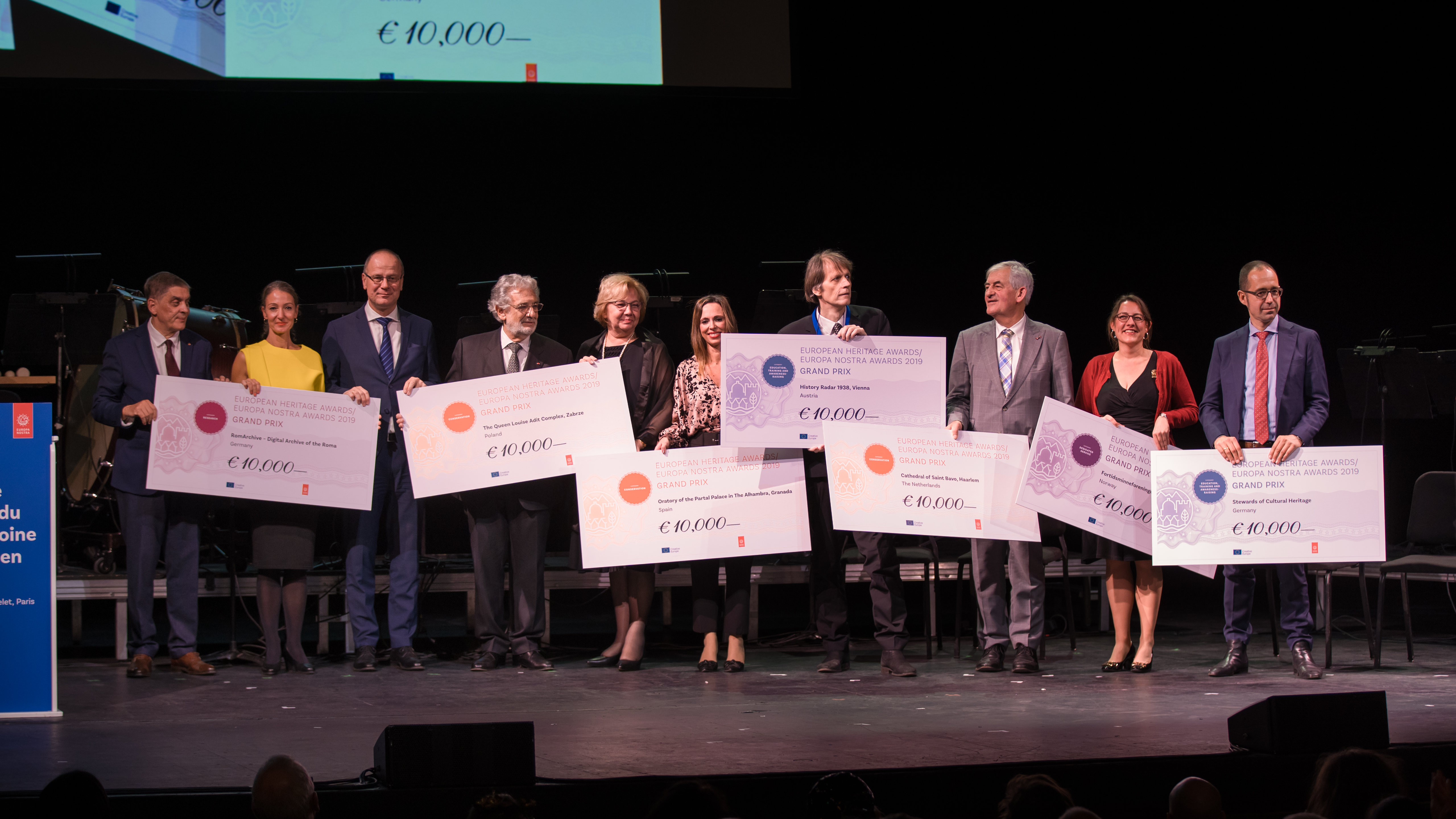 Stéphane Bern, winner of a European Heritage Award / Europa Nostra Award in 2018 in the category Dedicated Service and special Heritage Advisor to the President of the French Republic, then announced the Public Choice Award, which went to the Fortified Settlement of Mutso, Georgia. Nikoloz Antidze, Head of the National Agency for the Preservation of the Cultural Heritage of Georgia accepted the award while the President of Georgia, Salome Zourabichvili was also invited to the stage to share in the celebration. Read more about this part of the evening here. 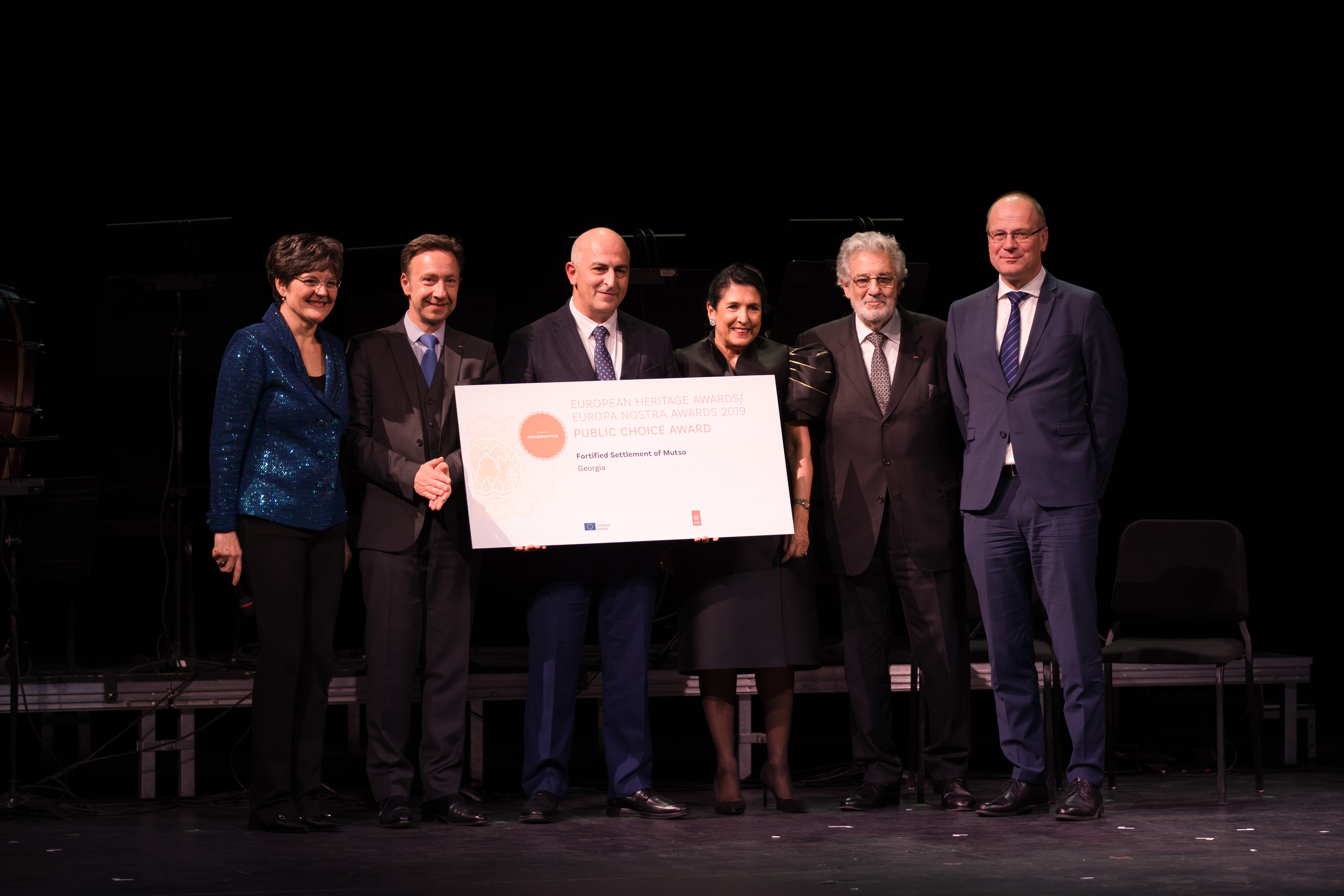 The Grande Soirée du Patrimoine came to a dramatic conclusion with a sensational concert by the world-renowned Greek-Russian conductor Teodor Currentzis and his ensemble MusicAeterna. The ensemble was accompanied by the French soprano, Sandrine Piau. 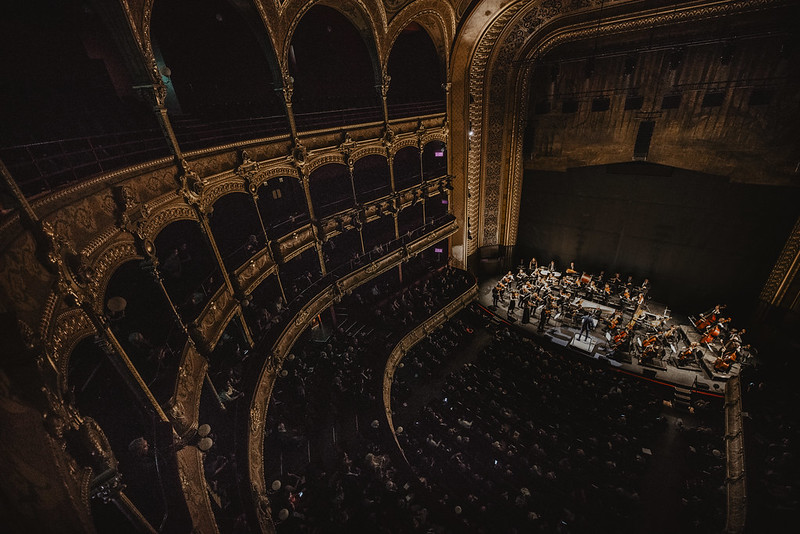