A rich musical programme marked the European Heritage Congress 2017 in Turku, Finland. Thanks to the great cooperation of the Turku Music Festival Foundation, the Luciano Pavarotti Foundation and the Matti Salminen Foundation, Europa Nostra put together a wonderful programme for the European Heritage Awards Ceremony held at St. Michael’s Church on the evening of 15 May. A high-level delegation from Europa Nostra, led by its President Maestro Plácido Domingo, and Europa Nostra Finland undertook an exclusive guided tour of the Sibelius Museum, the only museum totally devoted to music in Finland, on the afternoon of 15 May. Congress participants also enjoyed an enchanting performance of Finnish traditional folk music given by children at the University of Turku on the morning of 13 May at the opening of the forum ‘Sharing Heritage: Citizens Participating in Decision-Making’. 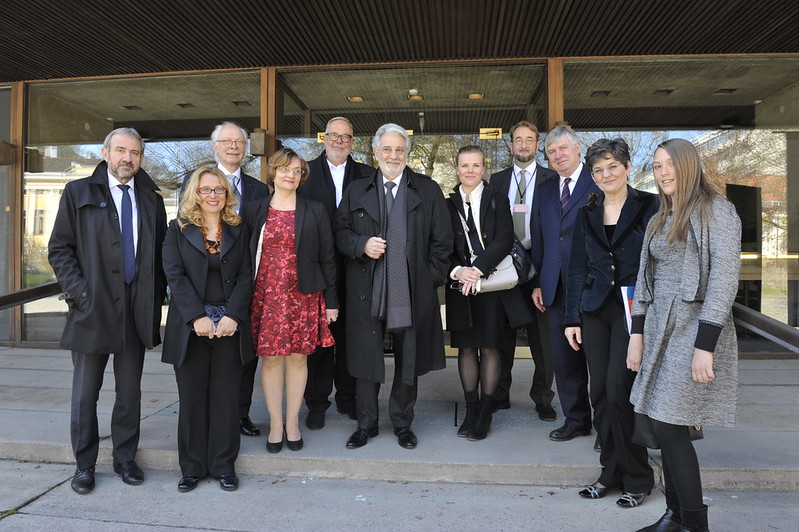 Plácido Domingo, with top-level representatives from Europa Nostra and Europa Nostra Finland and other eminent guests visited the Sibelius Museum and paid tribute to the Finnish composer and violinist. The Director of the Museum, Inger Jakobsson-Warn, gave a guided tour of the exhibition dedicated to the life and work of Jean Sibelius. Apart from its unique collection on Sibelius, the museum’s archive contains some 2,000 instruments of traditional music from across the world.

Finland’s national public TV station YLE broadcast a news piece about the visit to the Sibelius museum and the Awards Ceremony in Turku, including extracts from an exclusive interview (start-end: 16:45-19:15) given by Europa Nostra’s President Maestro Plácido Domingo, the next day

A lively performance of Finnish folk music delivered by children from Kaustinen and Turku opened the Forum ‘Sharing Heritage’. Matti Hakamaki, Director of the Folk Music Institute, welcomed the Forum participants and spoke about ‘The Violin Heritage of Kaustinen’, highlighting the role of civic participation for maintaining the violin heritage in this small town that has one of the oldest folk music festivals in Finland. 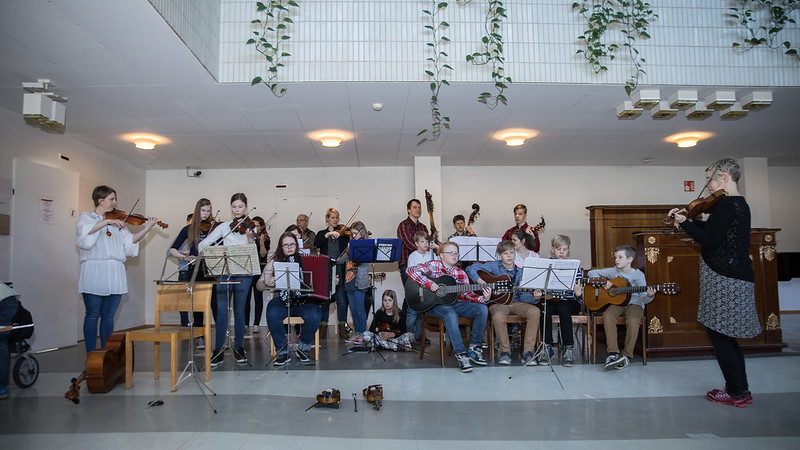