1200 persons attended the European Heritage Awards Ceremony held in the evening of 1 June 2012 in the majestic setting of the World Heritage Site of the Jerónimos Monastery in Lisbon. This ceremony marked the 10th anniversary of the European Union Prize for Cultural Heritage/Europa Nostra Awards. 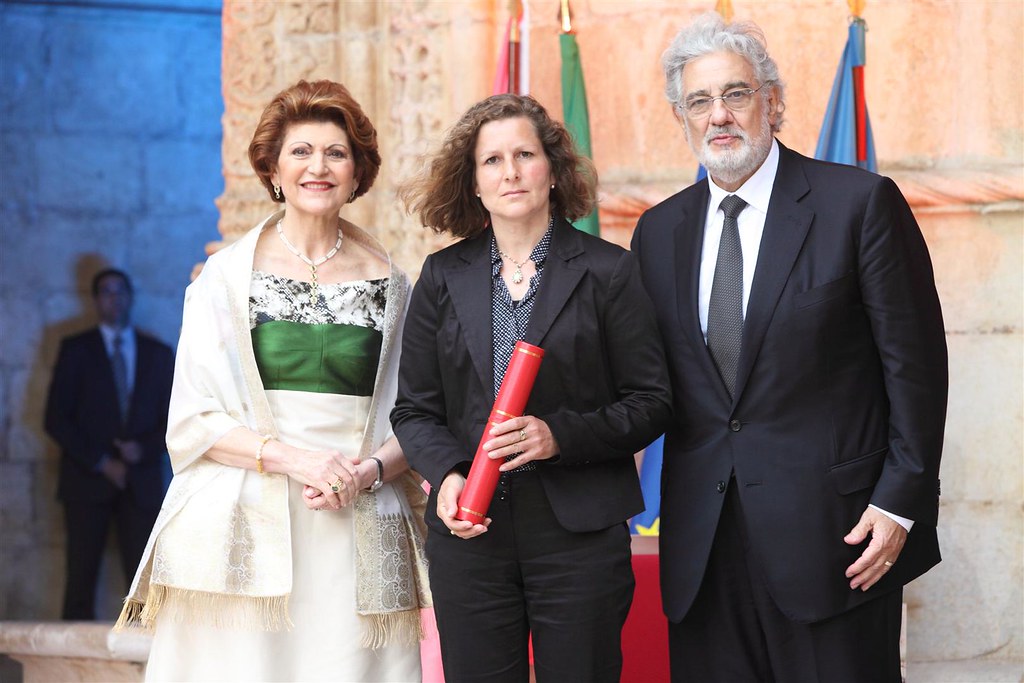 The ceremony was hosted by Maestro Plácido Domingo, President of Europa Nostra and Mrs Androulla Vassiliou, European Commissioner responsible for Education, Culture, Multilingualism and Youth. On this occasion they presented the awards to a total of 28 laureates from 15 European countries. They also announced the winners of six Grand Prix winners and the winner of the Public Choice Award.

At the ceremony, Europa Nostra and the European Commission were delighted to welcome two distinguished guests of honour from Spain: Their Royal Highnesses the Prince and Princess of Asturias.

During his welcoming address, the President of CNC, Mr Guillherme d’Oliveira Martins, announced the launch – jointly by CNC and Europa Nostra – of the “Helena Vaz da Silva Award for Journalism and Cultural Heritage in Europe”. This Award Scheme honours the memory of the late Helena Vaz da Silva, former President of CNC and former member of the European Parliament. It seeks to recognise the essential role played by the media for the promotion of cultural heritage in Europe.

The entire ceremony was recorded by RTP (Portuguese Radio and Television) and will be broadcasted in an edited form at a later date.