Plácido Domingo was honoured by the President of the Portuguese Republic Marcelo Rebelo de Sousa with a High Decoration “for his role as President of Europa Nostra”, the leading heritage network in Europe, “which is particularly relevant in this European Year of Cultural Heritage”. The Grand Cross of the Order of Public Instruction was also given to Maestro Domingo for his outstanding contribution to “the training of younger generations, of which Operalia – The World Opera Competition – is a magnificent example”. Plácido Domingo received this High Decoration at a private ceremony held at the Belém National Palace in Lisbon on 31 August, on the eve of the final weekend of the Operalia 2018 Competition in the Portuguese capital. 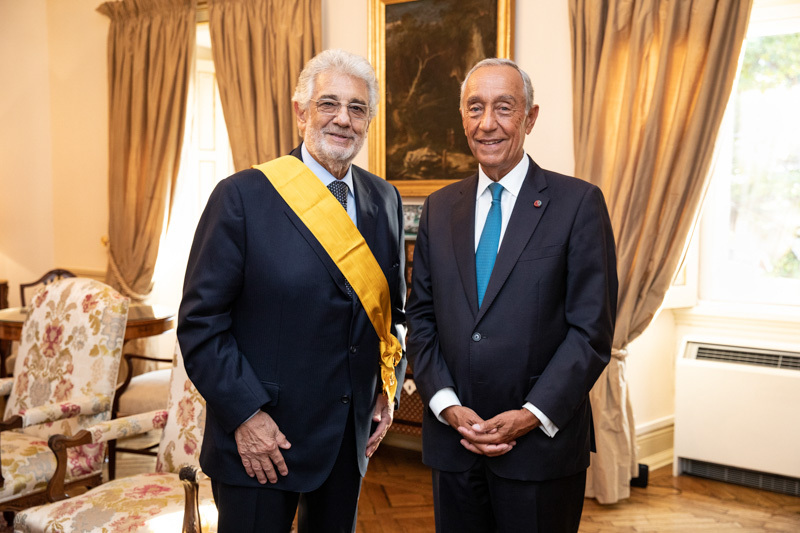 Plácido Domingo has been President of Europa Nostra since 2010, lending his renowned voice and reputation to the cause of cultural heritage in Europe and to the flagship initiatives of the organisation.

During their meeting, the President of Europa Nostra thanked the President of the Portuguese Republic for his personal message of support to the first ever European Cultural Heritage Summit held in Berlin from 18-24 June, which demonstrates the ever-stronger political commitment to cultural heritage as a strategic resource for the future of Europe. 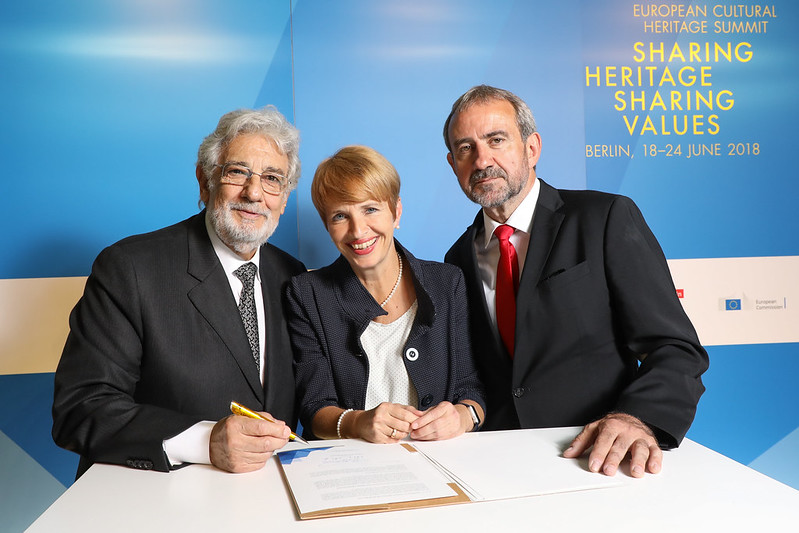 Plácido Domingo has celebrated best achievements in the heritage field from all over Europe and co-hosted the annual presentation ceremonies of the European Union Prize for Cultural Heritage / Europa Nostra Awards in Amsterdam (2011), Lisbon (2012), Athens (2013), Vienna (2014), Turku (2017) and Berlin (2018), with the participation of thousands of people.

During his presidency, Europa Nostra, together with the European Investment Bank Institute, developed the 7 Most Endangered programme, which identifies and mobilises efforts to save some of the most threatened monuments and heritage sites in Europe.

On the occasion of the European Year of Cultural Heritage 2018, Europa Nostra’s President launched the #Ode2Joy Challenge, a participatory social media initiative that celebrates Europe and our shared cultural heritage. Since it kicked-off on 9 May 2018 (Europe Day), more than 100 reinterpretations of Beethoven’s “Ode to Joy” from over 25 countries across Europe and beyond have been filmed at heritage sites and shared via social media. Maestro Domingo has challenged everybody to contribute to this initiative until 9 May 2019.

In Lisbon, Maestro Domingo recorded a special contribution to the #Ode2Joy Challenge with all participants in the Operalia 2018 Competition. The recording will be released in the coming weeks. 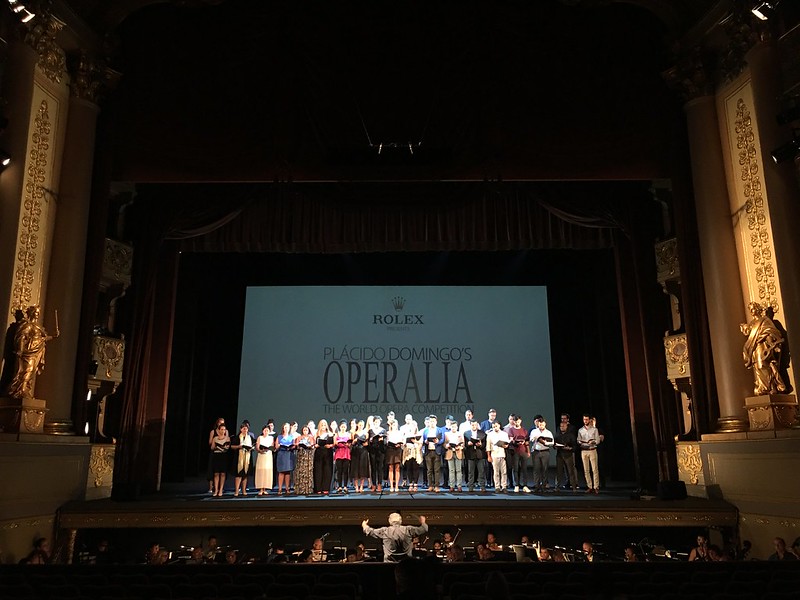 The final concert of Operalia took place on 2 September at the historic Teatro Nacional de São Carlos with 12 rising opera stars as finalists and Plácido Domingo conducting the Portuguese Symphony Orchestra. During the event, the President of the Portuguese Republic paid tribute to Maestro Domingo.

Operalia was founded in 1993 by Plácido Domingo to discover and help launch the careers of the most promising young opera singers. It attracts singers aged between 18 and 32 years old from all over the world.