The restoration of the 17th century frescoes of the Dragomirna church in Suceava in Romania won the Public Choice Award 2014. It was a double celebration for the country, since this conservation work also received a Grand Prix from the Jury. Over 10,000 people – almost double the amount from the previous year – voted for their favourite projects from among the 27 winners of the EU Prize for Cultural Heritage / Europa Nostra Awards 2014. The online vote, which is in its third edition, was conducted via the Europa Nostra website. 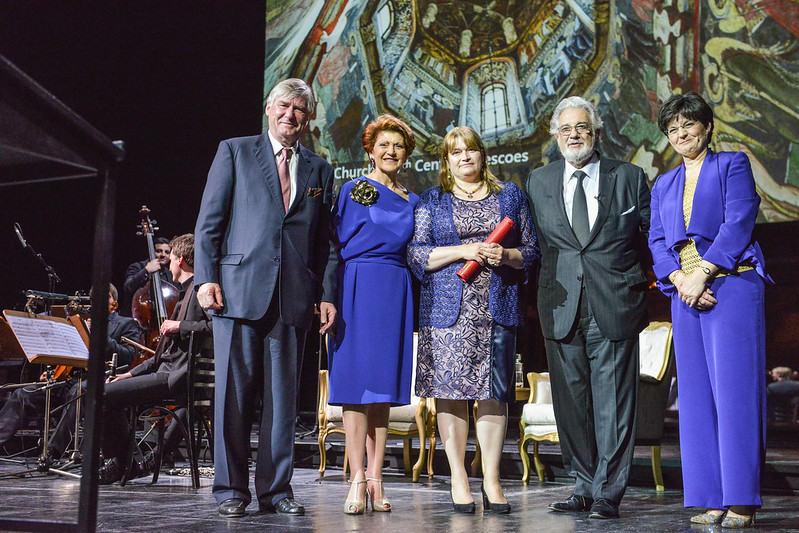 Denis de Kergorlay, Executive President of Europa Nostra, made the public announcement during the European Heritage Awards Ceremony at the Burgtheater in Vienna on the evening of 5 May. “The restoration of this enormous artwork, covering some 900 square metres of wall surface, was not an easy task. It took a great deal of cooperation between professionals and volunteers from many different European countries. The Jury of the Awards praised this project’s high-level of professionalism and very sophisticated conservation. The restorers used traditional, natural materials and have done an outstanding job,” he stated.

The preservation of the Dragomirna church’s frescoes garnered broad support from the voters, many of whom posted their messages on the Europa Nostra website. “This project celebrates the heritage of southeastern Europe through sacred architecture, and creates a genuine relationship between European and world heritage,” wrote a Romanian citizen.

The project with the second highest number of public votes was the conservation of the Roman Bridge, Gate of the Bridge, Calahorra Tower and Surrounding Areas in Cordoba in Spain. This was followed by the rehabilitation of the Basilica Palladiana in Vicenza in Italy in third place.