By way of closing this ambitious European Year of Cultural Heritage (EYCH) 2018, Romanian and European heritage professionals and volunteers gathered in Bucharest on 28-29 November for a special “European Year of Cultural Heritage Forum”, including many Romanian members of Europa Nostra. The Forum was organised by the National Institute of Heritage under the patronage of the European Commission and focused on the outcomes of the Year’s activities and discussions for Romania. Throughout the Year, several topics had been in the focus, such as archaeological heritage, historic urban landscapes, quality in heritage restoration, industrial heritage, and intangible and digital heritage. The first conference day culminated in the opening of an exhibition (with related printed catalogue) at the Universul Palace featuring Romanian projects and events initiated during the Year. 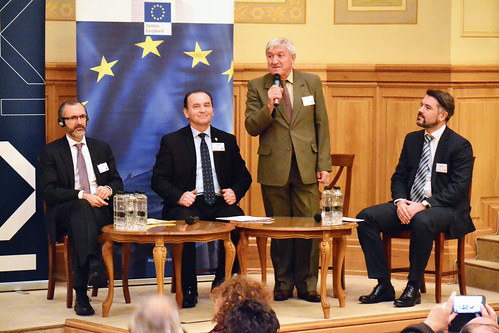 Several parallel workshops provided an opportunity to discuss topics like heritage and communities, an integrated approach to culture and nature as well as quality in conservation. For this last workshop, Europa Nostra’s Council member Fani Mallouchou Tufano from Greece and also Deputy Chair of the Committee for the Conservation of the Acropolis Monuments (ESMA) at the Hellenic Ministry of Culture, contributed to the session on “quality in conservation – the case of the archaeological ruin”, which was moderated by Ștefan Bâlici, Director General of the National Institute of Heritage and National Coordinator of the European Year in Romania, who is also Europa Nostra Council member. 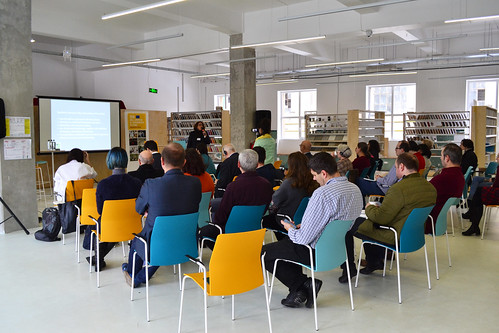 During the closing reception of the conference held at the Presidential Palace (Cotroceni Palace) in Bucharest, Europa Nostra’s Secretary General Sneška Quaedvlieg-Mihailović gave a speech where she welcomed the Work Plan for Culture 2019-2022, recently agreed by EU Culture Ministers, which focuses on carrying the legacy of the European Year forward. She also expressed Europa Nostra’s confidence that the Romanian Presidency of the Council of the European Union – which will start on 1 January and run through the first semester of 2019 – would make a strong contribution to sustaining the legacy of the EYCH. In view of the announced presentation of an EU Action Plan for Cultural Heritage on 7 December – at the official closing conference for the EYCH 2018 in Vienna – Sneška Quaedvlieg-Mihailović confirmed Europa Nostra’s readiness to support the plan’s implementation where possible.

With reference to the presidential message conveyed at the European Cultural Heritage Summit 2018, she added: “We very much hope that the President of Romania, H.E. Klaus Werner Iohannis, will reiterate his strong message that our shared cultural heritage is key to ensuring a sustainable future of Europe, with cohesive societies to all EU leaders during the Romanian Presidency of the EU.” In fact, at the informal European Council meeting on 9 May 2019 (Europe Day), the EU leaders will gather in Sibiu for the last time before the European elections at the end of May.

Europa Nostra’s Secretary General also congratulated Romania as the country from Central and Eastern Europe which has won the highest number of awards of the EU Prize for Cultural Heritage / Europa Nostra Awards, namely 11 laureates of which 9 projects were awarded with a Grand Prix. However, she also reminded the audience of the many heritage sites in peril in Romania. Most recently, in 2018, the Constanța Casino, an iconic Art Nouveau building in the Romanian seaside town, was listed among the 7 Most Endangered heritage sites in Europe. 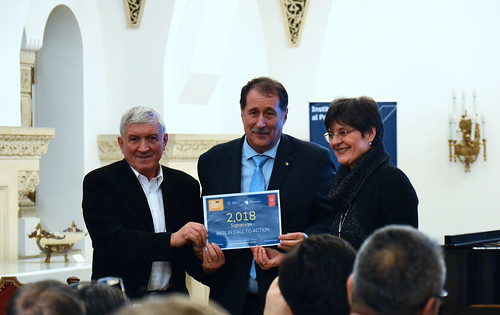 On this occasion, Europa Nostra’s Secretary General Sneška Quaedvlieg-Mihailović proudly presented the symbolic number of 2,018 signatures of the Berlin Call to Action: “Cultural Heritage for the Future of Europe” to Sergiu Nistor, Presidential Advisor in the Department of Culture, Religion and Centenary, together with Mircea Diaconu, Member of the European Parliament from Romania, who was also the Rapporteur on the European Year.

At the ceremony hosted at the Presidential Palace in #Bucharest, I proudly presented to President @KlausIohannis (through his Culture Adviser Dr. Sergiu Nistor) & @M_DiaconuMEP, VP of @EPCulture the first 2,018 signatures of our #BerlinCallToAction #EuropeForCulture @europanostra pic.twitter.com/SoQ2zzd9od