Following the Europa Nostra’s 50th Anniversary Congress in Athens last June, His All-Holiness the Ecumenical Patriarch Vartholomaios has paid tribute to Europa Nostra for its five decades of action in the name of Europe’s cultural and natural heritage. In a special message recently addressed to the organisation, the spiritual leader of the Orthodox Christian Church acknowledged “the immense value and significance of Europa Nostra’s work” and congratulated all those who over the years have contributed to the growth of the organisation. The Archbishop of Constantinople and New Rome also hopes that Europa Nostra can strengthen “its voice and efforts in the achievement of its noble aims”. 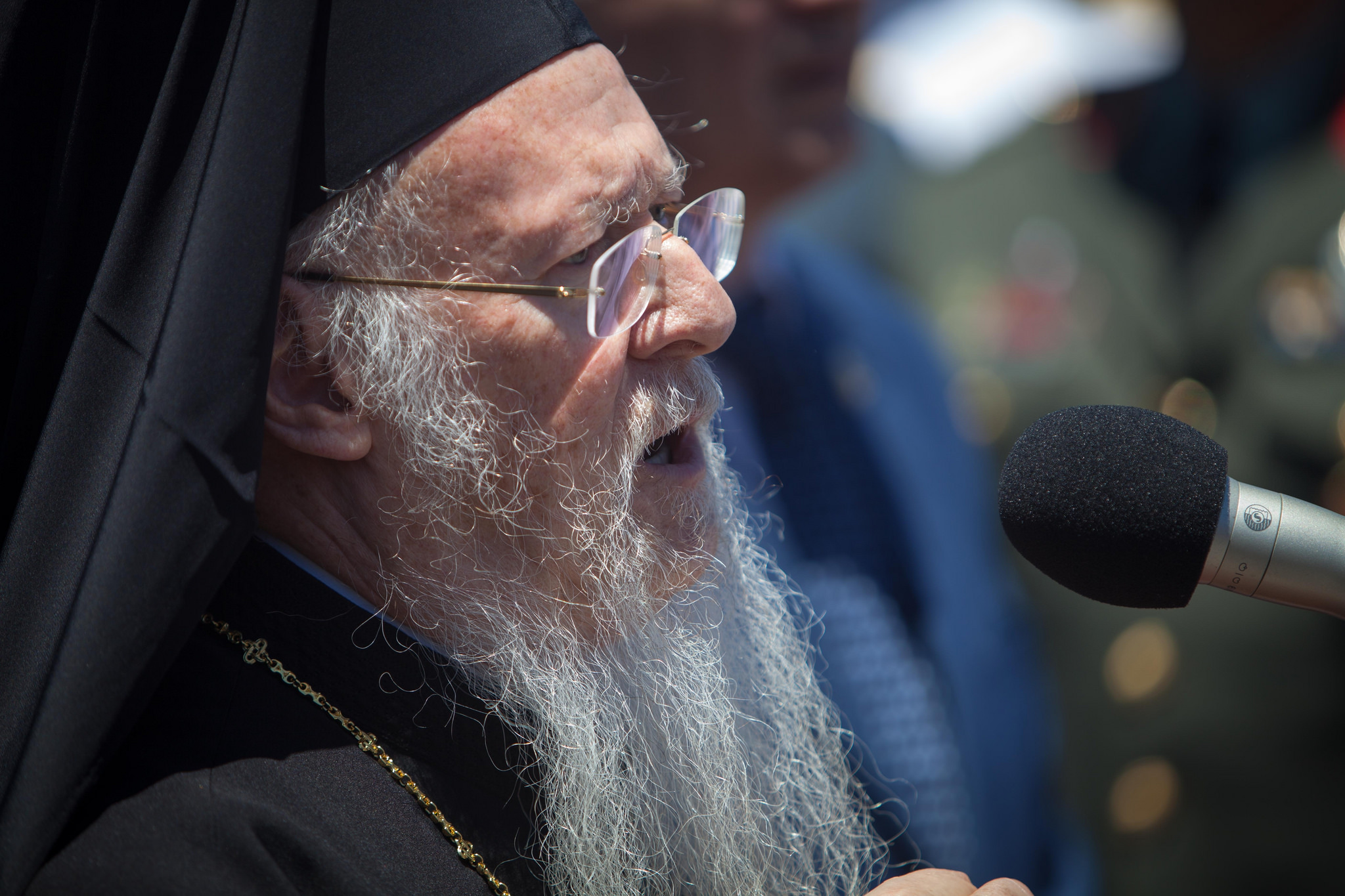 “The work carried out by Europa Nostra over the last 50 years to save, conserve and enhance the monuments of European civilisation, which represents the common inheritance not just of ourselves but of future generations, has been of immense value and significance. Even more significant however has been the work of increasing people’s awareness of and sensitivity to cultural treasures. These deserve to be treated with respect, in accordance with the principles of law and scientific research and with respect to historical truth, far from any political, religious or ideological prejudice or hatred, representing as they do the expression of multiculturalism, and constitute the true and most durable worth of Europe,” stated the spiritual leader of the Orthodox Christian Church.

“The Ecumenical Patriarchate, always sensitive to the cultural heritage of Europe, of which it has over the centuries been itself creator, transmitter and guardian, warmly supports the work and noble aims of Europa Nostra and joins its voice with hers in appealing to all the peoples of Europe, and their leaders, for the preservation of the monuments of European civilisation, especially those which are currently in danger. It calls all those concerned to vigilance and action for their protection and conservation,” added His All-Holiness the Ecumenical Patriarch Vartholomaios.

“The Ecumenical Patriarchate congratulates the President, the Council and the General Assembly of Europa Nostra, as well as those who have worked or are working voluntarily, on the 50th Anniversary of Europa Nostra’s foundation for its contribution in the field of heritage and sends heartfelt wishes for the strengthening of its voice and efforts in the achievement of its noble aims,” concluded the Archbishop of Constantinople and New Rome.