The winners of the Food is Culture chef contest are announced

Many initiatives took place during the international milk and cheese event in Bra, among them a cooking contest in the frame of the Food is Culture project, which is led by Slow Food in partnership with four other European organisations, including Europa Nostra.

A contest for Swedish and Italian cooks was announced at the launch in Stockholm of the project’s symbol, an international exhibition dedicated to the Ark of Taste and the protection of biodiversity scheduled to travel to museums throughout Europe. Competitors were asked to contribute to the protection and promotion of  gastronomy and culture by elaborating recipes inspired by the European Year of Cultural Heritage and Slow Food’s work to protect biodiversity. The chefs involved came up with recipes using traditional ingredients, placing the priority on the Ark of Taste, Slow Food Presidium and migrant products to tell and promote the stories of local producers.

The winner of the contest is Lena Flaten of the Flammans Skafferi restaurant in Storlien, Sweden, with her Taco Jämtland, featuring beans, mushrooms and goat’s cheese with a gooseberry sauce. Thanks to her close relationship with local producers, her dishes are so unique and authentic. In second place came Gianmarco Annulli of Il Grillo è Buoncantore in Chiusi, Tuscany. His restaurant, a member of the Slow Food Chefs’ Alliance, prioritises local producers and sets great store by seasonality, hence his cuisine of traditional fare interpreted with a touch of imagination. Third came Alessandro Giuliani of Il Pino Grande in Puglia. A member of the Chefs’ Alliance, Alessandro raised the profile of his native region with his dish. 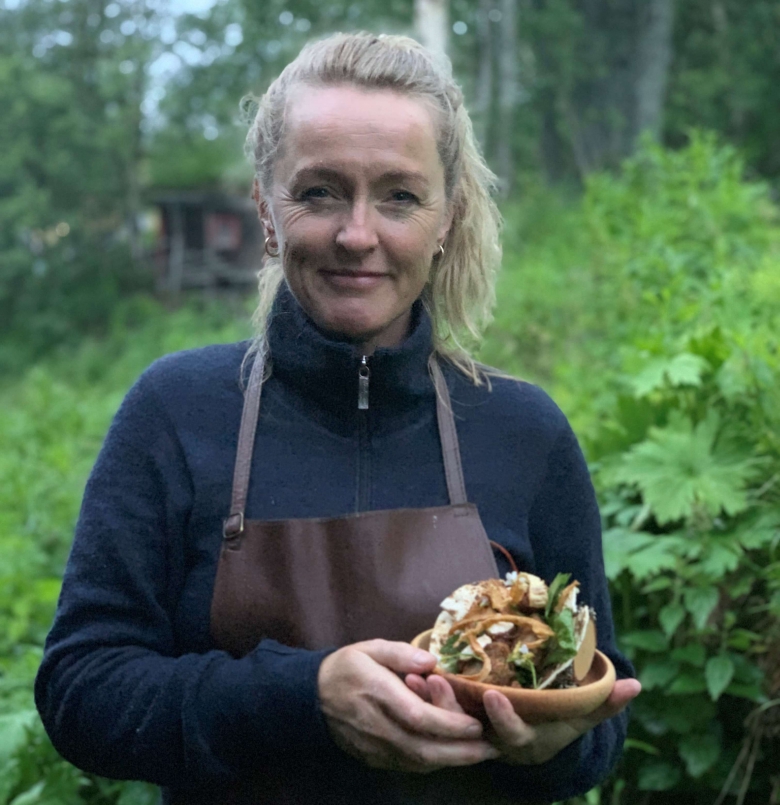 Chef Lena Flaten will have the opportunity to attend a Masterclass in Krakow as part of the program of events to celebrate the city, European Capital of Gastronomic Culture in 2019. For the occasion she will prepare a dinner in partnership with a Polish chef. The three winning recipes will be included in the exhibition and will continue their journey around Europe.

The recipes were evaluated by a jury made up of Rossana Bettinelli of Europa Nostra, Swedish researcher and food expert Martin Ragnar, and two Slow Food experts responsible for the Ark of Taste and Cooks’ Alliance projects.

Cheese will also see the official inauguration of The Ark of Taste goes to school, a series of activities which, from October, will teach children to discover their local areas in 30 primary schools in Italy, 10 in Croatia and 10 in Serbia.

The Food is Culture project aims at making European citizens aware that food heritage is a means of expressing their belonging to Europe and better understanding the wealth and uniqueness of Europe’s cultural diversity. The project entails several activities, such as a travelling multimedia artwork based on Slow Food’s Ark of Taste, the Food Tales with migrants, contests in schools and with chefs, as well as the drafting of EU policy papers, a component of the project which is led by Europa Nostra. In the coming year, the multimedia artwork will be on display in Belgrade, Brussels, and the little Italian town of Pollenzo, home to Slow Food’s UNISG – Università degli Studi di Scienze Gastronomiche

This cooperation project is led by Slow Food in partnership with Kinookus, Transpond AB, Nova Iskra Creative Hub and Europa Nostra, and is funded by the EU Creative Europe programme with the contribution of Fondazione Cassa di Risparmio di Cuneo in Italy. Slow Food wishes to thank Inalpi dairies for the support offered to migrant activities at Cheese 2019.