Home News Towards a European Year of Cultural Heritage in 2018?

Towards a European Year of Cultural Heritage in 2018?

The proposal to hold, possibly in 2018, a European Year of Cultural Heritage (EYCH) has been positively received by all EU Institutions. Europa Nostra strongly supports this initiative which perfectly reflects the current momentum at EU level for developing an integrated approach to cultural heritage. Such an initiative has a particularly strong political significance at the time when the entire European project is facing so many challenges. Following a first discussion about this initiative which was organised in April 2015 by Europa Nostra’s Brussels Office with a selected group of CEOs of Member Organisations during the Capacity Building Days, the wide membership of Europa Nostra discussed the purpose of and main actions that could be developed during a EYCH at the organisation’s General Assembly, which was organised on 13 June in Oslo, in the presence of Michel Magnier, Director for Culture and Creativity (DG EAC), at the European Commission. 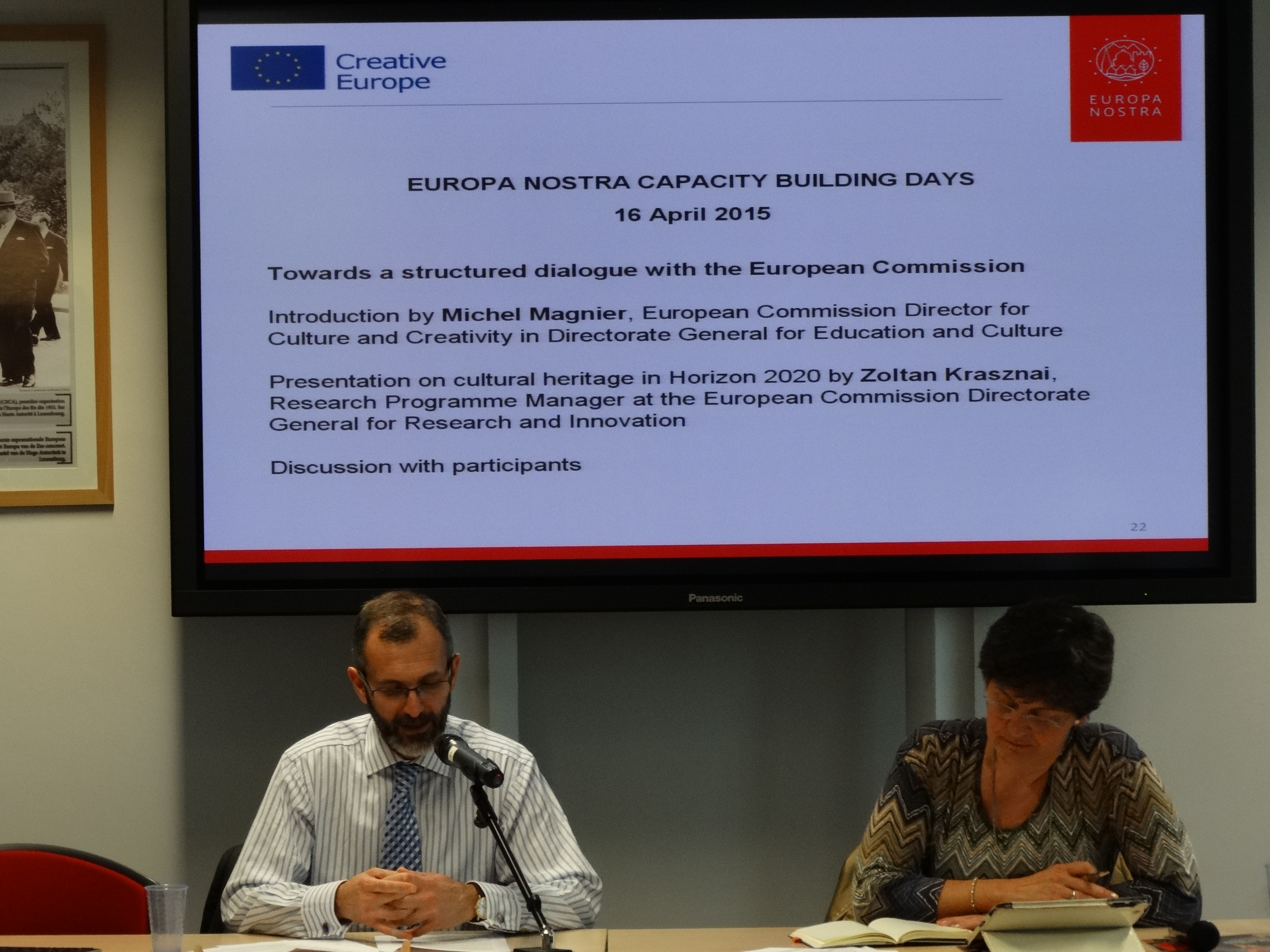 On this occasion, Europa Nostra Members expressed an enthusiastic support to the proposed EYCH and made a series of proposals for coordinated activities which could be organised nationally, both by public and private bodies concerned with heritage. They also discussed the importance of creating synergies between different existing EU projects and programmes related to cultural heritage (such as the European Heritage Awards, European Heritage Label, European Heritage Days, European Capitals of Culture, etc.). They would also welcome a stronger and wider involvement of civil society in all phases of the organisation of such a year. Finally, they strongly recommended a closer cooperation between different EU Institutions and other European and international organisations concerned.

After Oslo, the EP Committee on Culture and Education agreed to support the proposed European Year of Cultural Heritage by adopting the Report “Towards an integrated approach to cultural heritage for Europe” (2014/2149 (INI)) prepared by Mircea Diaconu, MEP. The draft Motion for a European Parliament Resolution which is expected to be voted by the EP Plenary at its September session (the week of 7 September), addresses to the European Commission the specific recommendation to “designate, preferably for 2018, a European Year of Cultural Heritage, with an adequate budget and with the aim, amongst other things, of disseminating and increasing awareness and education among future generations in respect of the values of the European cultural heritage and its protection, and to submit the draft programme for the European Year to Parliament no later than 2016” (point 3 (c))

On 29 June, the German Cultural Heritage Committee (Deutsches Nationalkomitee fur Denkmalschutz, DNK) – which was at the origin of the proposal to organise a EYCH on the eve of the 40th anniversary of the European Year of Cultural Heritage organised under the auspices of the Council of Europe – organised a public presentation of the proposed EYCH in Bonn, in conjunction with this year’s session of the World Heritage Committee. The event was hosted by Minister Prof. Dr.-Ing. Sabine Kunst, President of DNK and the key note speech was delivered by Dr. Hermann Parzinger, President of the Prussian Cultural Heritage Foundation (Stiftung Preussischer Kulturbesitz), who is also Council Member of Europa Nostra. In his powerful and inspiring speech, Dr Parzinger put a special emphasis on the political significance of the proposed European Year of Cultural Heritage, stressing that the aim of this year should be to make Europeans much more aware of their shared culture and heritage, as a strong foundation for the continued process of European integration. A short film specially produced by DNK on the proposed EYCH was also shown on this occasion.

On 16 September, a further opportunity to promote this initiative will be provided at the meeting of the EP Intergroup on European tourism development, cultural heritage, Way of St. James and other European cultural routes which is organised in cooperation with Europa Nostra.

Europa Nostra is currently liaising closely with government representatives of EU Member States who are members of the Reflection Group on “European Union and Cultural Heritage”. Next meeting of this Reflection Group will take place on 24-25 September in Luxembourg, during the Luxembourg Presidency of the EU. Discussion on the proposed EYCH figures high on the agenda of this meeting at which Europa Nostra will be represented at this meeting by Piet Jaspaert, Vice-President, and Guy Clausse, Council member. The final document with proposed aims and activities of the EYCH is expected to be publicly presented on 13 November 2015 at the Museum Island in Berlin.