The renowned Turkish writer and Nobel Prize laureate Orhan Pamuk is the Grand Prix winner of the 2014 Helena Vaz da Silva European Award for Raising Public Awareness on Cultural Heritage. This Award, established last year by Centro Nacional de Cultura in cooperation with the leading European heritage organisation Europa Nostra and Clube Português de Imprensa, acknowledges exceptional contributions to the communication on cultural heritage and European ideals. The Jury also gave a Special Award to the Portuguese Art Historian José-Augusto França and a Special Mention to the Dutch journalist Pieter Steinz. The award-giving ceremony will take place on 3 October at the Gulbenkian Foundation in Lisbon. 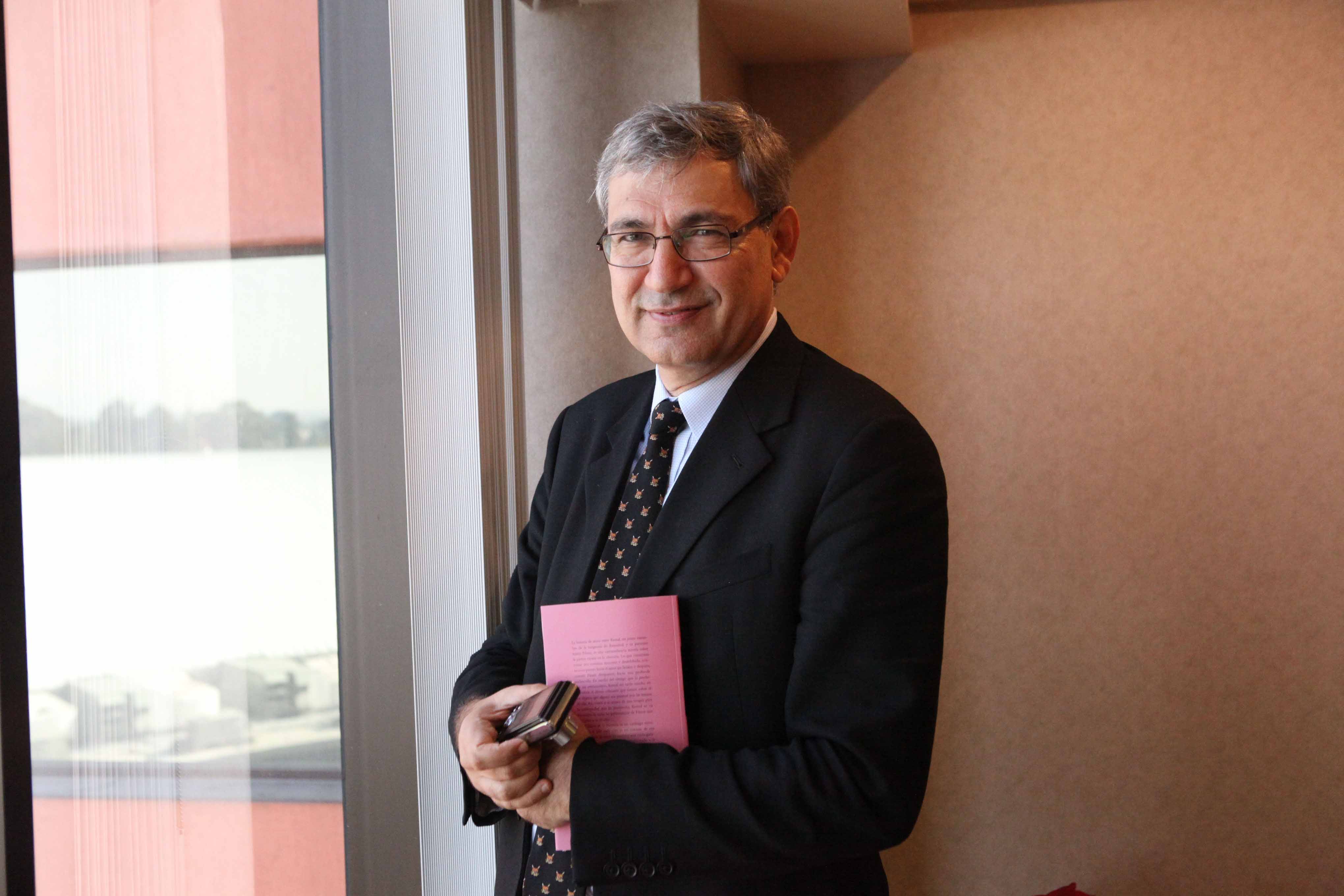 “The Jury particularly appreciated the original way in which Pamuk succeeds in bringing the European values and ideals to life and in promoting them across borders through his literary work, which is deeply rooted in the history and culture of his country, Turkey. Not only is Pamuk one of the greatest contemporary authors, he is also an engaged citizen. He has made outstanding efforts towards raising awareness of the rich multicultural history and heritage of Europe, with Istanbul as one of its most iconic cities,” stated Guilherme d’Oliveira Martins, President of the Jury.

Reacting to the news, the Turkish writer said: “I am very honored and flattered by the Jury’s decision. I strongly believe in the principles and motivations of this Award.”

Orhan Pamuk (1952), who studied architecture and journalism, has lived almost all his life in Istanbul. This city has profoundly influenced his literary work. Novels such as The Museum of Innocence (2008), Istanbul: Memories and the City(2003) and The Black Book (1990) evoke a magical and melancholic city, where the East and the West meet in such a dramatic way.

His novel The Museum of Innocence – about an affluent Istanbul businessman who falls in love with a poor shopgirl and becomes so obsessed that he ends up colleting artifacts which have a connection with her – inspired Pamuk to create a real museum with the same name in Istanbul. Opened in 2012, it received the European Museum of the Year Award in 2014.

“The Museum of Innocence is a meticulously presented time capsule of 1970s Istanbul. It preserves intangible cultural heritage, reflecting memories, believes, emotions, family and friendly relations through evidences of everyday life. It is a celebration of the values of mutual understanding, intercultural dialogue and acceptance of the other, which demonstrates that museums can convey, in a direct and effective way, a message of unity in diversity of our heritage,” affirmed the President of the Jury of the Helena Vaz da Silva Award.

In 1999, a selection of his articles on literature and culture written for newspapers and magazines in Turkey and abroad, together with a selection of writings from his private notebooks, was published under the title Other Colours. From the mid-1990s Pamuk took a critical stance towards the Turkish Government in articles about human rights and freedom of thought. Snow, which he describes as “my first and last political novel” was published in 2002.

The Jury of the Award – comprised of independent experts in the fields of cultural, heritage and communication from various European countries – decided to honour two other European citizens as well.

The Portuguese Art Historian Augusto José-França was given a Special Award for his professional work divided between Portugal and several European countries, for raising awareness about the values of culture and art in Europe. “He has researched and written about the Enlightenment as well as modernity in the 20th century, presenting and promoting new trends and artists throughout Europe. Over his lifetime he has written numerous books and stimulated awareness and pride of Portuguese art, linking it to the wider context of European and world culture,” commented the Jury.

The Dutch journalist Pieter Steinz was granted a Special Mention for creating an original encyclopedia of cultural icons which belong to the DNA of Europe, through the daily newspaper NRC Handelsblad and his blog Made in Europe – The Cultural Icons that Unite Us. “He has identified and brought together over 200 symbols of Europe’s art and heritage which have a major influence in all parts of our continent. We hope that this European recognition will stimulate the translation and broader divulgation of this important work, especially at the time where Europe needs a New Narrative with a stronger cultural dimension,” said the Jury.

The European Award for Raising Public Awareness on Cultural Heritage is named after Helena Vaz da Silva (1939-2002), Portuguese journalist, writer, cultural activist and politician in memory and recognition of her remarkable contribution to the promotion of cultural heritage and European ideals. It is presented annually to a European citizen whose career has been distinguished by activities that disseminate, defend and promote Europe’s cultural heritage, in particular through literary works, news reports, articles, chronicles, photographs, documentary features, films and radio and/or television programmes. The renowned Italian writer Claudio Magris was the first laureate of this Award in 2013.

Nominations for the next edition of the Helena Vaz da Silva European Award can be submitted until 31 December 2014 by the organisations promoting the Award, namely Europa Nostra, the Centro Nacional de Cultura and the Clube Português de Imprensa.

Jury of the Award